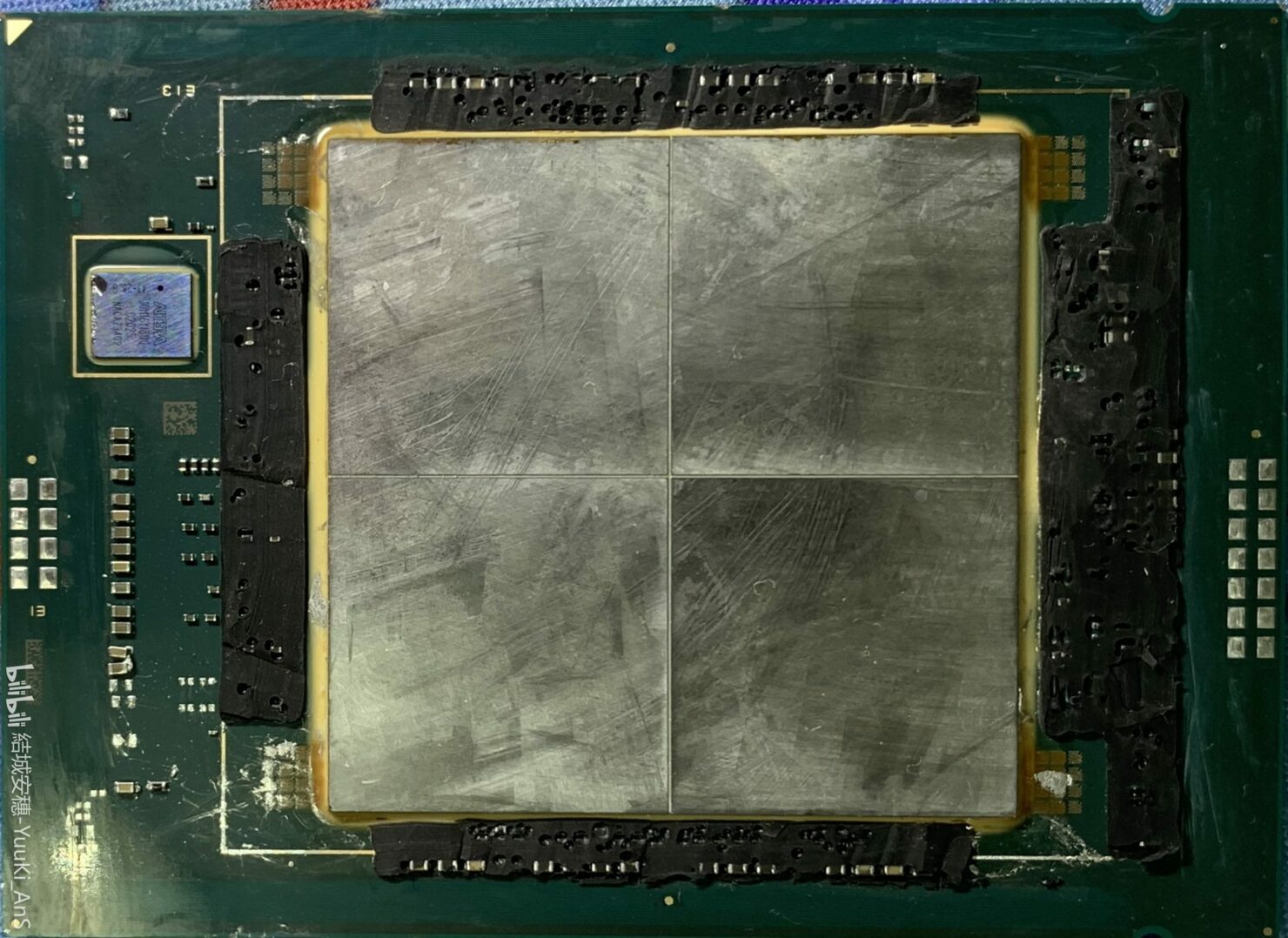 New die shots of Intel's next-gen Sapphire Rapids Xeon CPUs have surfaced which show an MCM design that could house up to 60 cores. The leak comes from YuuKi-AnS who shows us a close-up of the dies that will power the 4th Gen Xeon lineup.

We did get a close-up look at Intel's 4th Gen Sapphire Rapids Xeon CPU dies last month but we didn't get to see what's underneath those dies. The leaker managed to expose each of the four chiplet dies on the main interposer. With all four chiplets exposed, we can see that underneath them is a 4x4 (1 IMC tile) core configuration which means each die consists of up to 15 cores. It should be 16 core but 1 of the core area is taken up by the IMC hence we are only left with 15 of the total cores out of which 1 will be disabled for better yields. This means that each die will in fact feature 14 cores for a total of 56 cores per CPU.

Theoretically, Intel's Sapphire Rapids-SP Xeon CPUs could feature a maximum of 60 cores and 120 threads but we know from previous leaks that the maximum configuration is going to end up at 56 cores and 112 threads. In the previous leak, the leaker stated that we were looking at an ES chip that featured a total of 60 cores (15 cores per die or a 5x3 layout) while the actual chip only had 56 cores (14 cores per die) enabled.

The CPU will additionally come in HBM configurations with up to 64 GB capacities (4 x 16 GB stacks) and will also feature DDR5 and PCIe 5.0 I/O onboard. Another interesting thing is that the LGA4677 chips will feature a gold-plated IHS and feature a soldered design with liquid-metal TIM. The IHS on the Sapphire Rapids chips is also brand new but the chip itself comes in the same rectangle shape that we have seen on previous Xeon offerings.

Intel is focusing on a launch for its Sapphire Rapids Xeon Scalable family in 2022 but a volume ramp is not expected until early 2022.