Intel would be launching its fourth generation Haswell processors in 2013, recent reports suggest that the top models in the Shark Bay platform would feature a rated TDP around 100W.

To note, it was already expected that the TDP of Haswell processors would be set around the sub-95W for Quad core variants. 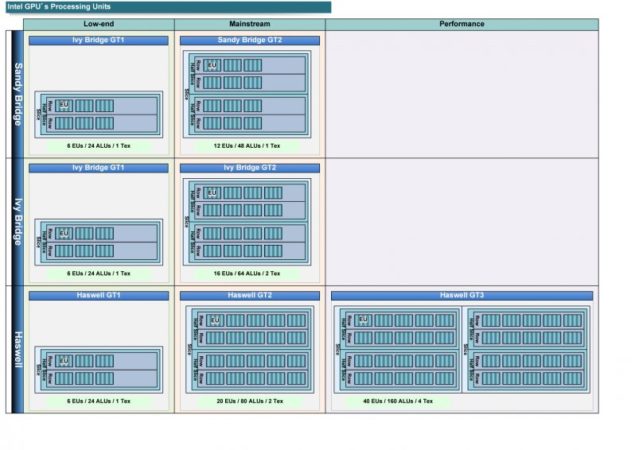 For mobile market, Intel would release Haswell processors with a max rated TDP of 57W featuring the fastest GT3 version of iGPU featuring 40EU/160ALU/4Texture Units. Not seeing this on the desktop end seems a downside but shows that Intel desperately wants to compete against the AMD APU's in the mobile segment.

Lastly, As we already know, Haswell would be based on the Socket LGA 1150 which means user looking for an upgrade would have to switch over their older platforms.

More details on the Lynx Point chipsets and the Haswell Architecture.