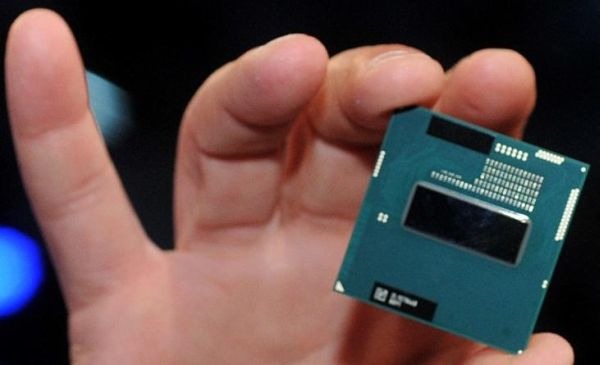 The Core i7-4770K, the flagship part would have 4 cores and 8 threads clocked at 3.5 GHz stock and 3.9 GHz max Turbo Boost 2.0 frequency, these specifications are alot similar to the Ivy bridge based Core i7-3770K and both CPUs are based on a 22nm die with different architectures.. The CPU would ship with an 8 MB L3 cache, 84 W TDP and an GT2 level iGPU which would be clocked at 1250 MHz (1.25 GHz). Now here’s something to note though, that while Intel’s GT2 HD 4600 graphics would offer better performance over Ivy Bridge’s HD 4000 it still features 20 cores (Execution Units) compared to 40 Execution units on the GT3 chip which only ships with Quad Core mobile parts.

Coolaler said that overclocking the memory on Z87 platforms would be a feast for overclockers and enthusiasts. Although the heating issue still exists on the Haswell processors, but its not as worse as Ivy Bridge's TIM issue. It could possibly be an issue with the current engineering samples and could be fixed on the retail samples but the Ivy Bridge issue still hasn't been fixed so far so we doubt Intel would do it again. Memory configurations used while overclocking the processors are listed below:

The Core i7-4770K processor was tested on an un-disclosed Z87 motherboard due to NDA issues, it is mentioned that overclocking through BIOS is very detailed and users can easily reach 4.8 GHz - 5 GHz on air cooling. Both CPUs - Core i7-4770K and Core i7-3770K were tested on their default frequencies, benchmark results are listed below:

At average, the Core i7-4770K shows a 5-10% IPC improvement over its predecessor, the 3770K. This may not be a massive improvement for people planning to upgrade from Ivy Bridge to Haswell but those still living on the older core processors would choose Haswell as their choice of upgrade. The launch of Haswell is scheduled for June 2013. You can also check out the iGPU performance of the Core i7-4770K here.