Today, Intel finally launches their HEDT (High-End Desktop) platform codenamed Haswell-E for PC enthusiasts. The Haswell-E platform marks the start of a new generation of the PC platform loaded with the latest X99 chip set based motherboards and the new DDR4 memory which will be the future standard for the upcoming CPU platforms. Included in the Haswell-E CPU family is the Core i7-5960X Extreme Edition processor which is Intel's first 8 Core processor built for the consumer market. 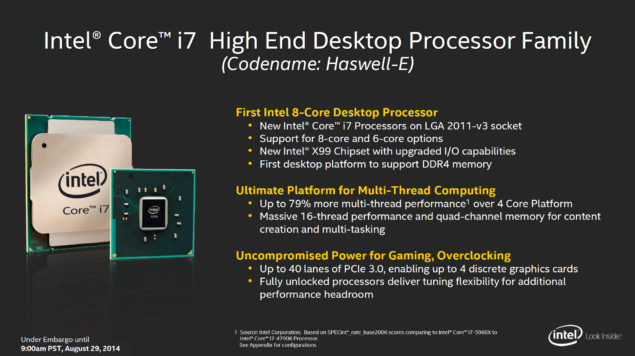 The Haswell-E platform is going to be the great platform for users who are gearing up for the next generation graphics cards and performance upgrades such as the NVIDIA Maxwell "GeForce 900 Series" and AMD's GCN based Volcanic Islands family. The Haswell-E family includes three processors; the Core i7-5960X EE, Core i7-5930K and the Core i7-5820K. Before we get into the specifications regarding the X99 chipset and new DDR4 memory, let's take a quick look at the specifications of Intel's Haswell-E processors.

The Intel Core i7-5960X Extreme Edition processor is without a doubt the most impressive consumer CPU that Intel has released yet. This is also the first native 8-Core processor from Intel which features a total of 8 Cores and 16 threads. The processor is clocked at 3.0 GHz stock and 3.5 GHz boost. The Core i7-5960X features a total of 20 MB L3 cache, 40 PCI-Express lanes, Quad Channel DDR4-2133 MHz memory support, a 140W TDP, LGA 2011-v3 socket compatibility and a price of $999 US.

The Intel Core i7-5930K is a cheaper 6 core variant which shares the same Haswell microarchitecture and aimed towards the enthusiast crowd. The Core i7-5930K features 6 cores and 12 threads with a clock frequency of 3.5 GHz stock and 3.7 GHz boost. The processor features 15 MB of L3 cache, 40 PCI-Express lanes, Quad channel DDR4-2133 MHz memory support, a 140W TDP (Thermal Dissipation Power) and LGA 2011-v3 compatibility. It costs an official price of $583 US which is 55% of a single Core i7-5960X processor.

The Intel Core i7-5820K is an entry level processor of the lineup featuring 6 cores and 12 threads. Featuring the Haswell architecture, the Core i7-5820K comes with clock speeds of 3.3 GHz stock and 3.6 GHz boost. The CPU also features 15 MB of L3 cache, Quad Channel DDR4-2133 MHz memory support, a 140W TDP and LGA 2011 v3 socket compatibility. There is one limitation however that the processor features only 28 PCI-Express lanes which compared to 40 PCI-E lanes on the other two processors is skimmed down however, the processor would be able to cope with 2-Way and 3-Way SLI setups easily. The Core i7-5820K costs $389 US which is $50 north of the Core i7-4790K. 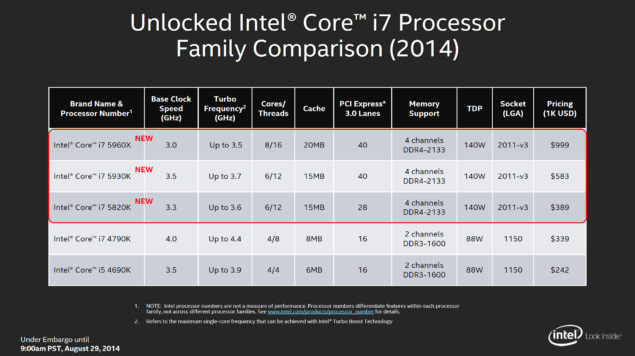 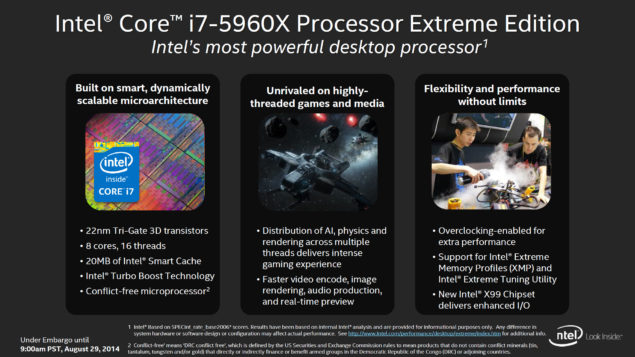 This isn't just a single chip launch, its an entire ecosystem which will surround system builders in the enthusiast market. Hence, alongside Haswell-E, we are also looking at the new X99 chipset which are powering the latest high-end motherboards. The X99 chipset is going to run parallel to the CPU and linked via DMI 2.0x4 interface. The X99 chipset provides Intel High-Definition Audio, 8 PCI Express 2.0 (up to 5 GB/s), 10 SATA III ports (up to 6 Gbps), Intel Rapid Storage Technology 13.1, 14 USB ports (6 USB 3.0 / 8 USB 2.0), Intel Integrated 10/100/1000 MAC linked to the Intel Gigabit LAN Network interface. The CPU can drive up to 40 PCI-Express lanes and Quad channel DDR4-2133 MHz memory but board makers have adopted PLX chipsets on the workstation boards. The following charts gives a comparison between the X99 and X79 PCHs: 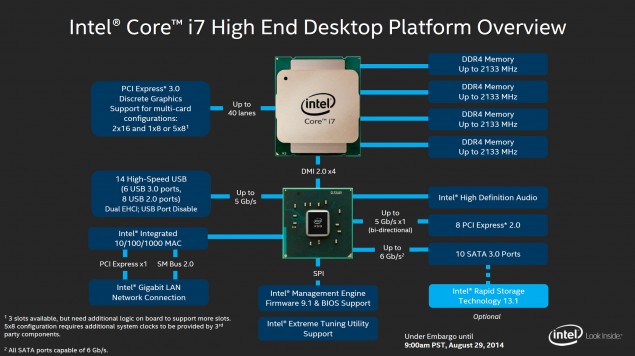 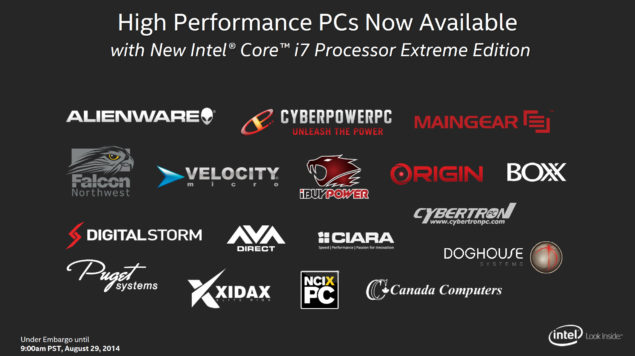 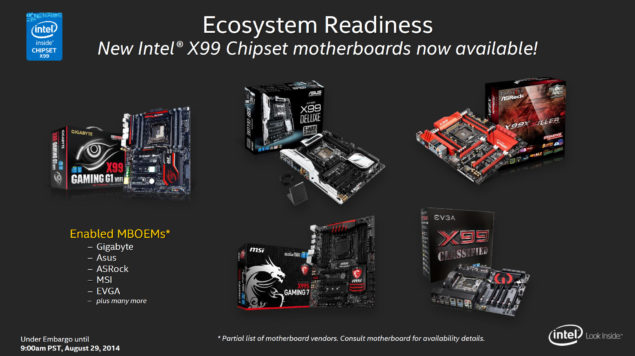 What Lies Under The Hood

Aside from being the first 8-Core processor in Intel's Haswell-E product stack, the Core i7-5960X is also the largest of them all. From the Die shot Intel sent us, we can note that the Core i7-5960X is a native 8 Core CPU unlike the 12 Core die we expected earlier. There are 8 Cores which are separated into two stacks of four by the Shared L3 cache (20 MB LLC). The DDR4 Memory controller is found at the bottom of the die while the Queue, Uncore and I/O controllers can be found on the top section. In total, the Core i7-5960X houses 2.6 Billion transistors and a die size of 335.2 mm2 which results in a huge processor. 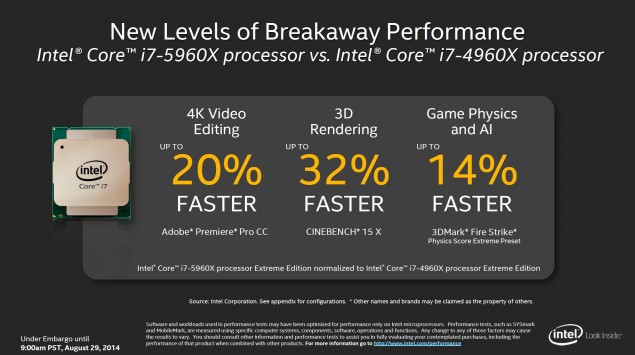 This translates into more computational power and better desktop performance. The slides Intel has shown reveals a 40X compute performance increase since 2003. Other performance results show 20% Faster Video Editing in 4K, 32% Faster 3D Rendering and 14% Faster Gaming physics and AI processing compared to the Core i7-4960X. In handbrake's 4K Video transcoding, the Core i7-5960X is 34% faster than Core i7-4960X with 6 cores and 69% faster than the Core i7-4790K with 4 cores. We wanted to give you the full on review but unfortunately our review kit was delayed due to certain circumstances and we have to wait till tomorrow to get our review up and going. You can still find our Core i7-5930K review with the MSI X99S Gaming 9 AC and G.Skill Ripjaws IV DDR4 memory over here.

Since this is a new launch, a lot of OEM system builders will now start offering updated PCs such as the Origin, Maingear, CyberpowerPC, DigitalStorm, Falcon Northwest, NCIX PC, Puget Systems, and Alienware. While you have the option to select cooling, the enthusiast community knows that liquid cooling solutions is the right way to go with Haswell-E. Intel has their own TS13X liquid cooler from the old days which retails separately at $85-$100 US or if you are looking for something else, then you can select from Antec, Asetek, Thermaltake, CoolIT, Corsair, Cooler Master, etc. This doesn't mean you can't choose EK Waterblocks, Swiiftech and the likes, the platform is completely open and case modders will most definitely invest in a sexy waterblock of their needs. 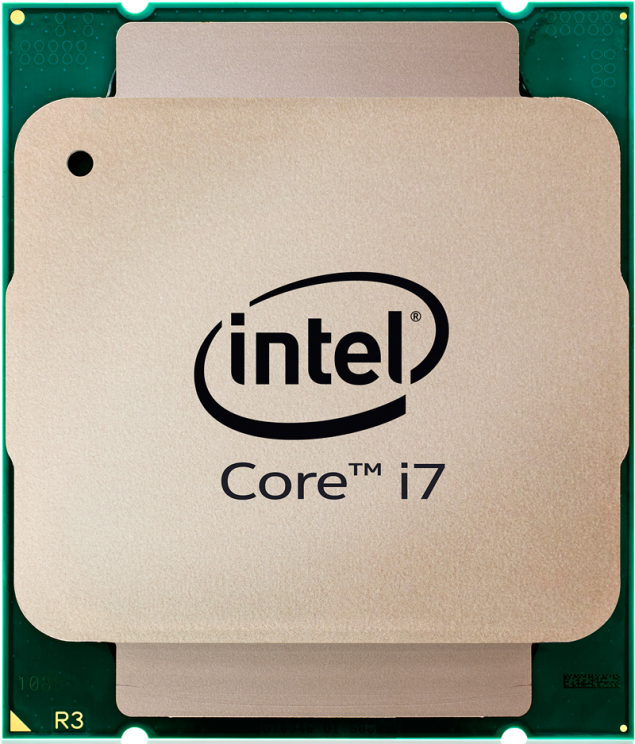 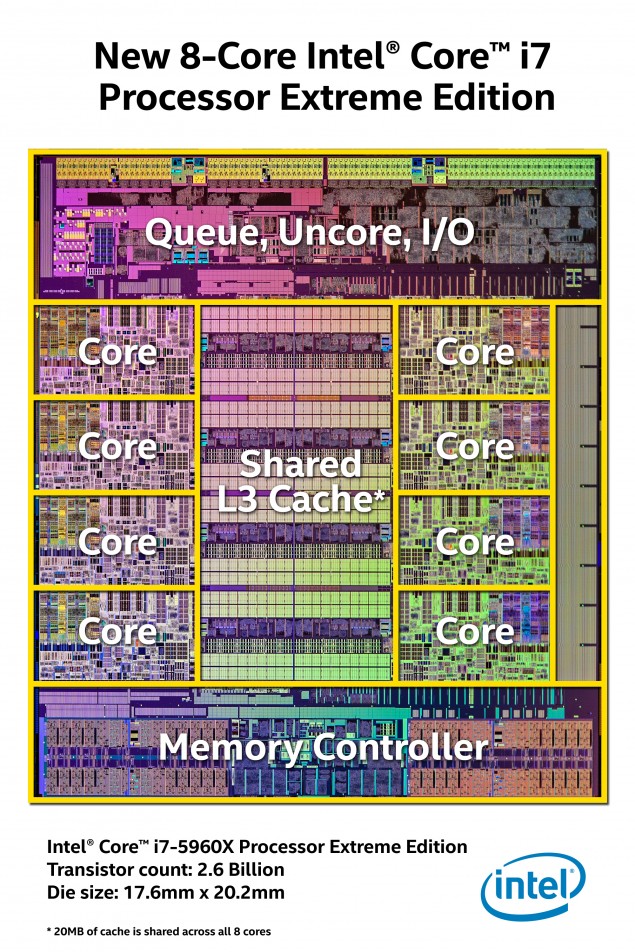 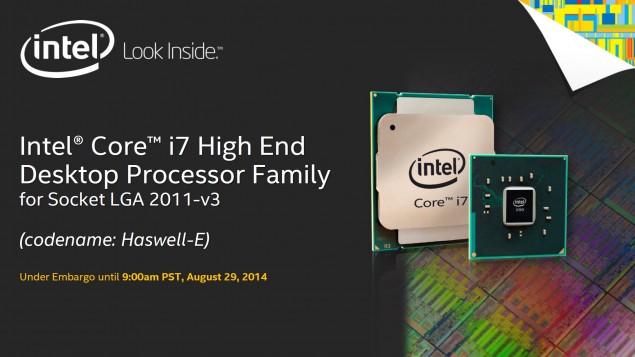 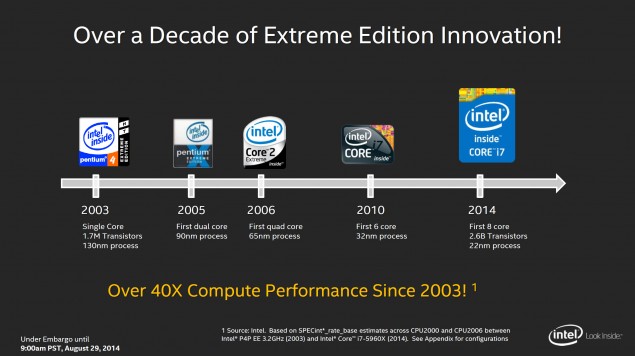 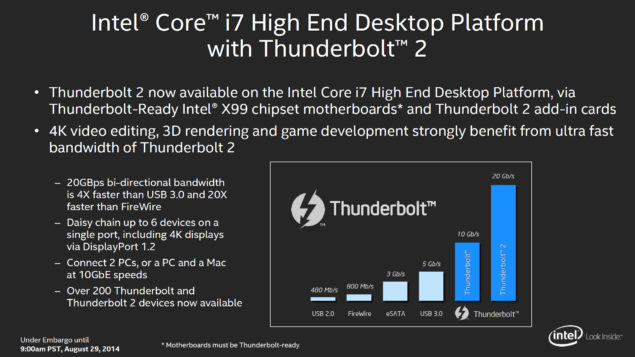 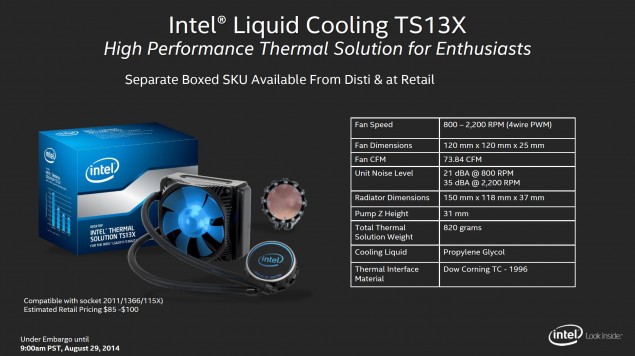 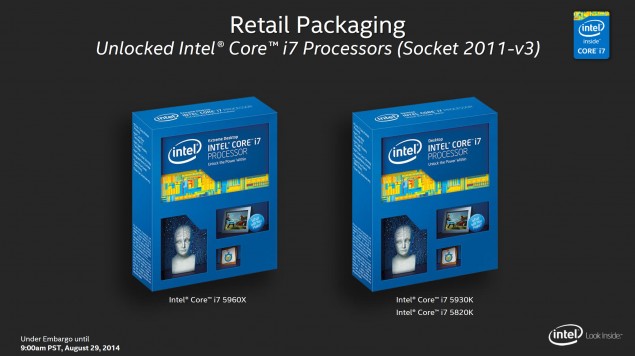 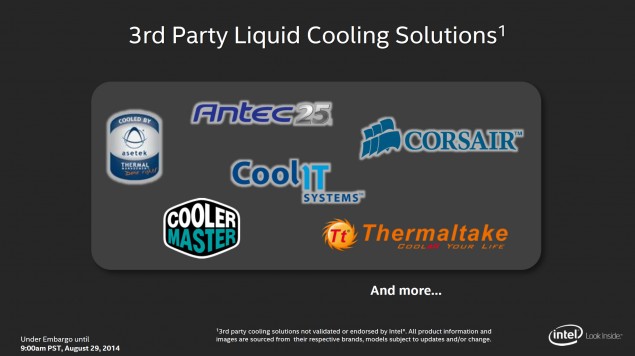