Intel's next big launch would be the Shark Bay platform featuring the new Haswell processors built on 22nm die compatible with the Lynx Point chipset. Today, we have got a few slides which detail the CPU/GPU design along with release dates of Mobile and Desktop CPUs.

The 22nm Haswell core is built using 3D tri-gate transistors technology. Desktop parts would come in Quad Core and Dual Core packages with TDP's ranging from 95W to 65W. These models would be equipped with the GT2 graphics chip. Core i3 dual core models would also be available later on with 35W TDP but would feature the GT1 series IGP.

On the Xeon End, Shark Bay platform would consist of a Quad Core (GT2 IGP) at 45W and Dual Core (GT2 IGP) with 35W TDP. Mobile side would feature Dual and Quad Core variants with TDPs of 47W to 37W and a flagship ULV Dual core CPU with TDP of only 15W. These low power mobile CPUs feature support for DDR3L memory while desktop parts run the standard DDR3 modules at 1.5V.

Haswell's GT2 and GT3 integrated graphic chips would support DX11.1 OpenGL 4.x and OpenCL 1.2 allowing display through VGA and DP / DVI / HDMI interface. Although the Ultra level processors won't feature any display outputs rather a digital output, Haswell's IGP is also rumored to be around three times faster than HD4000. The CPU side bring in a new instruction set AVX2 and around 15% IPC improvement over Ivy Bridge.

The new Mobile and Desktop parts launch in Q2 of 2013 though we can confirm April to be the exact launch month. In the meanwhile, Intel also plans to launch its Brickland and Grantley platforms in 2H of 2013 which we detailed in a similar article here. 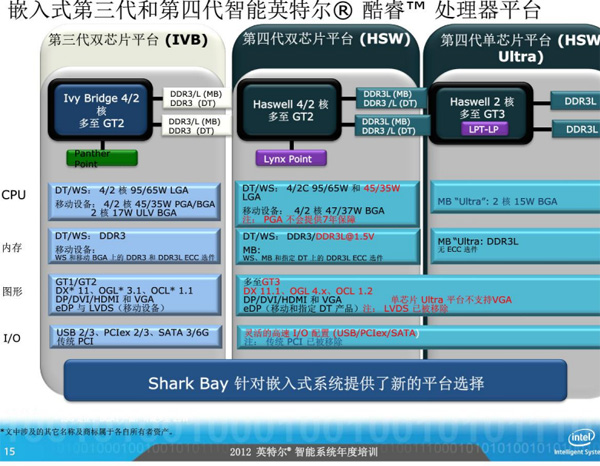 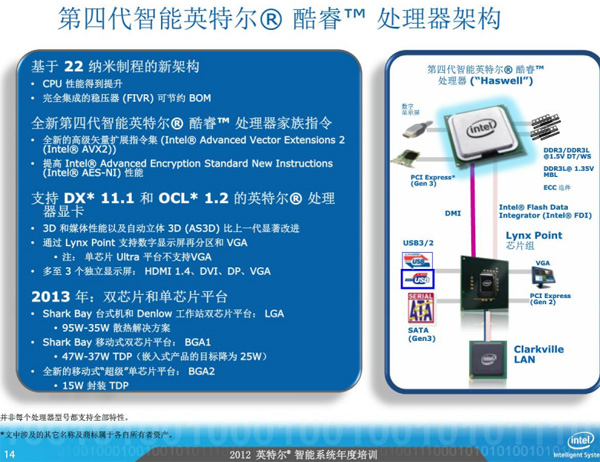 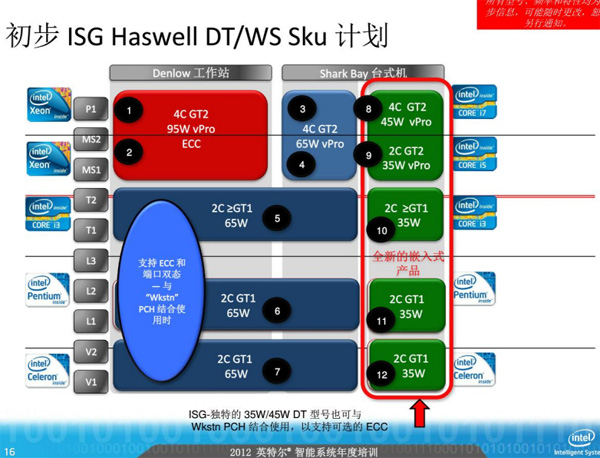 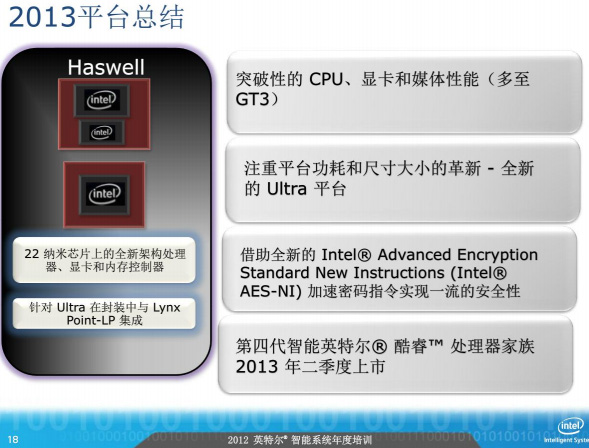 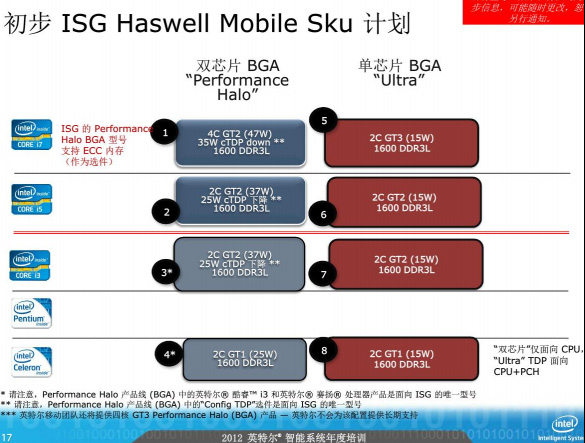 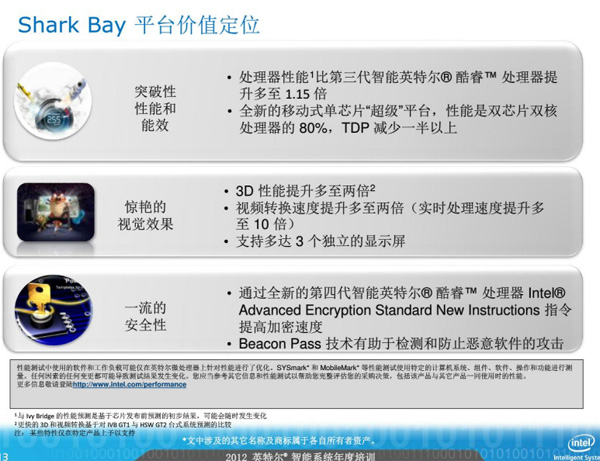