While Intel has used AMD's graphics technologies in their recent 8th generation processors, they'll soon be offering their own custom discrete solutions on future processors.

Intel Will Have Their Own Discrete GPU Solution in Gen 12 and 13 Graphics Chips - Codenamed Arctic Sound and Jupiter Sound, Will Cease The Need of Third Party dGPU Solutions

During late 2017, Intel announced that Raja Koduri (Ex Senior VP and Chief Architect at AMD) will be joining them to develop integrated and discrete graphics solutions for the blue giant. As we all know, Intel don't have an actual discrete solution of their own and they would require someone with expertise in this field to develop a graphics architecture that will power their future chips. It looks like while Intel is currently using their competitor's discrete GPU solutions for their latest mobility processors, in the coming generations, Intel will stop relying on outside parties and start featuring their own discrete and integrated GPU solutions on processors. 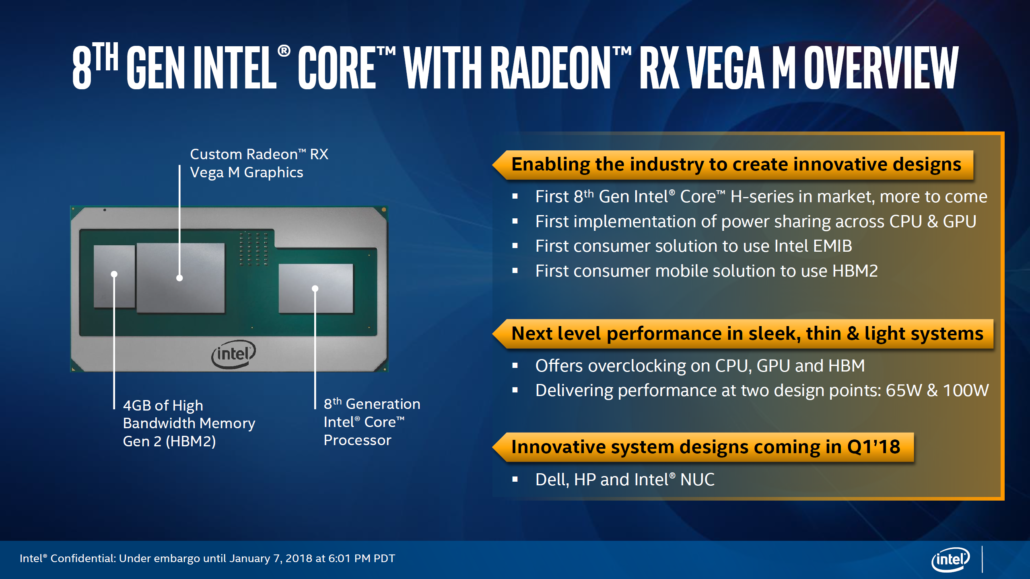 The latest bits and pieces come straight from Ashraf Essa from The Motley Fool, who has posted codenames for two interesting, currently in-development, GPU solutions that Intel will use in their future processors. The codenames include the 12th Generation Arctic Sound discrete GPU and the 13th Generation Jupiter Sound discrete GPU. Just to make the generation clear, Intel's current Gen 9 and Gen 9.5 solutions are found on Kaby Lake and Coffee Lake chips while Gen 10 will arrive on Cannonlake processors if previous reports are to be taken into account.

Based on this information, we can expect the chips to arrive not earlier than 2020 or possibly even further out, but rest assured, we do know that Intel and Raja are now working on actual discrete GPUs which they will pit against their counterparts (NVIDIA & AMD) in the future. The other interesting detail mentioned is that Arctic Sound will be connected to an Intel based CPU through their EMIB (Embedded Multi-Die Interconnect Bridge). Based on that, we can suggest that a solution similar to current 8th Generation Core processors with Vega graphics (MCM - Multi Chip Module) will be built upon the new graphics solution.

Intel's Gen. 12-based discrete GPU is code-named "Arctic Sound." Will connect to Intel processors via EMIB.

All of this definitely sounds great, but there are some things to be considered. These codenames are all we have at the moment and their application in real world chips is too far away right now. As we are aware, Intel roadmaps change a lot and we should not expect these chips in Cannonlake or even the gen after that. It takes time to develop completely new graphics architectures and the respective GPU products so it will be some time before we get to see these products in action.