Two weeks back Intel launched its Devil's Canyon line of processors. The two processors launched, the Intel Core i7-4790K and the Core i5-4690K feature an openly upward multiplier and feature an impressive overclocking potential. This is also made possible through an improved heat transfer between the chip and the heat spreader. The Core i7-4790K is also the first consumer processor to feature a base frequency of 4.4 GHz. So it was only a matter of time before overclockers and enthusiasts managed to get their hands on the latest offering by Intel and push its limits even further. Taiwanese enthusiast NickShih has done just that. 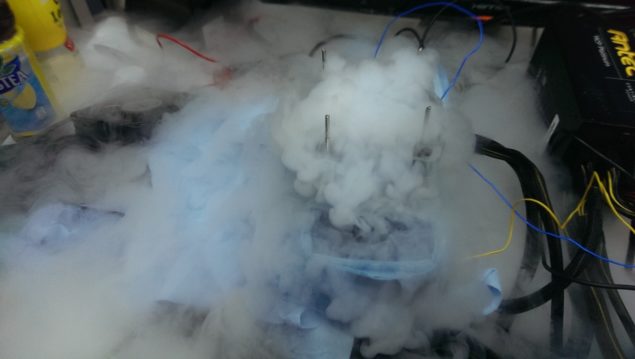 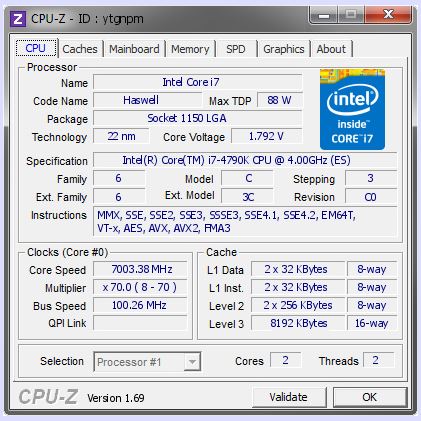 NickShih's run also earns him the first position globally for overclockers running the Devil's Canyon Core i7-4790K. However, the list is very small presently, with only four contenders present. With time we hope that the number of contenders increases and they manage to further push the processor.

The motherboard used by the Taiwanese enthusiast was ASRock's Z97 OC Formula. The board comes with a 12 phase power design and two 8-pin EPS connectors. As with all the Z boards manufactured, it is specially primed for overclocking attempts. No other hardware details are available except for memory and cooling details. The memory employed by the enthusiast was DDR3 SDRAM. Cooling, as expected was done through liquid nitrogen which allows for stable compressor operation. Thats all the news we have for you today regarding Devil's Canyon overclocking today folks. Stay tuned for more impressive runs, which we should hopefully see a lot of in the future. Cheers.