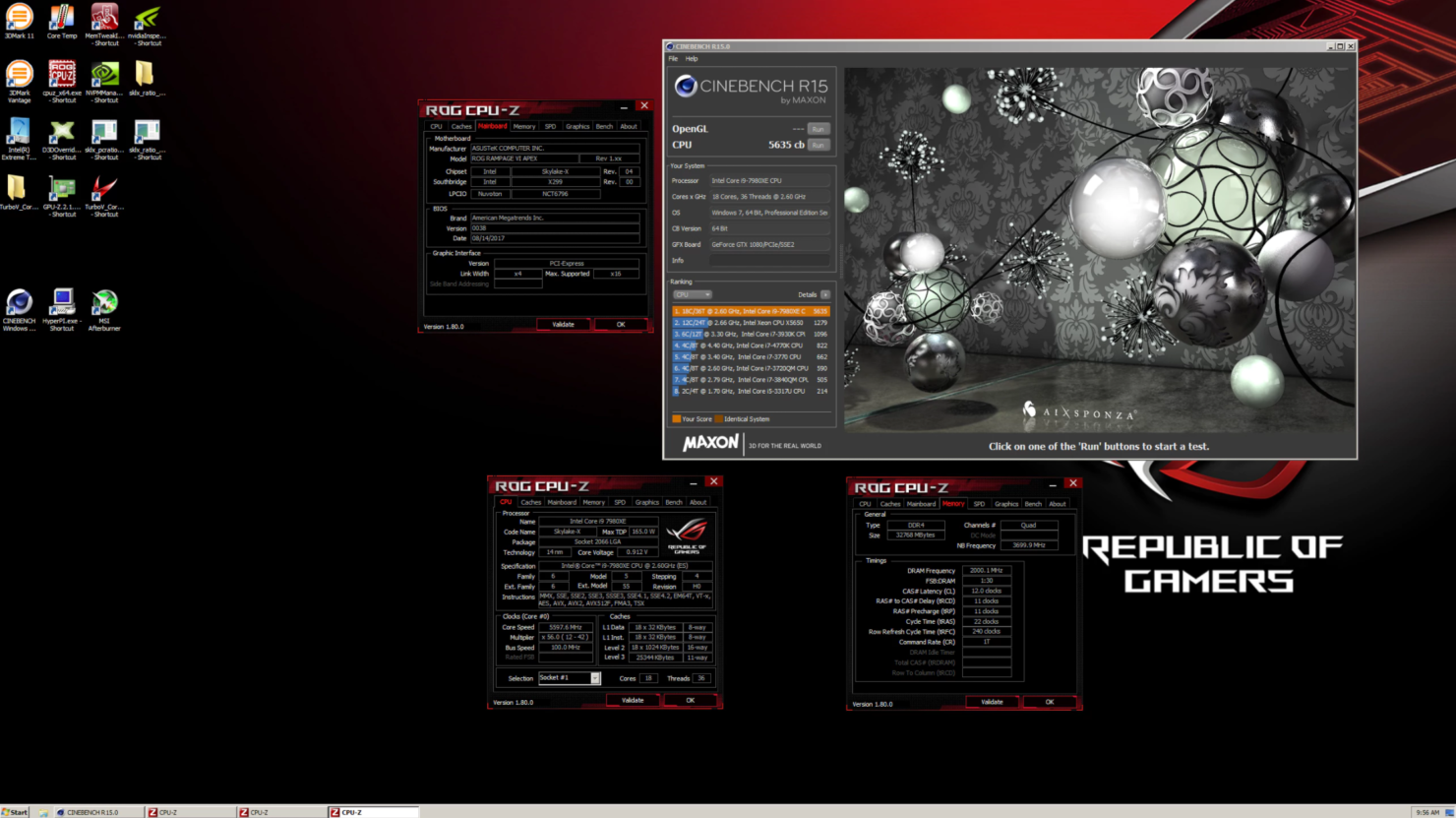 Aside from the whole embargo breaking situation revolving the 8th generation desktop CPUs, Intel also launched their most high-end desktop chips to date including the flagship Core i7-7980XE with 18 cores.

Intel's Biggest and Most Expensive Mega-Tasking Chip, The Core i9-7980XE Extreme Edition Launched Alongside Its 16 and 14 Core Brothers

Finally, the time has come when enthusiasts can purchase the higher end 18, 16 and 14 core, Core-X processors that were announced back in June. These include the flagship Core i9-7980XE, Core i9 7960X and the Core i9-7940X. All three processors are compatible with current X299 motherboards and to show their potential, overclockers have already taken these chips to extreme heights. There are several world records already broken by these chips which we will be detailing along with the review roundup. So before doing that, let's take a quick recap of the specifications.

Priced at $1999 MSRP (you are paying $111.11 per core) and featuring the Skylake-X architecture, the Intel Core i9-7980XE Extreme Edition is a beast of a processor will be the ideal go-to processor for content creators that want the maximum throughput in terms of rendering performance. This is a processor that will almost certainly be overkill for gaming (unless you are running some sort of CaaS enterprise).

Priced at $1699 and featuring the Skylake-X architecture, the Core i9-7960X has the exact same core count as AMD’s highest end Threadripper CPU, the Ryzen Threadripper 1950X and that’s not a coincidence. Intel has positioned this particular CPU to take on the Threadripper platform in all its glory (and core count) and features the Turbo Max 3.0 technology just like its bigger brother.

So the first performance feat is probably the most impressive. Intel's flagship Core i9-7980XE was overclocked by Der8auer on LN2 on an ASUS Rampage VI Apex motherboard. The chip had all of its 18 cores and 36 threads overclocked to 6.1 GHz with 1.55V. That was the maximum frequency achieved with all cores enabled but the processor wasn't stable enough at such high clocks and the power requirement jumped the 1 kilowatt mark. 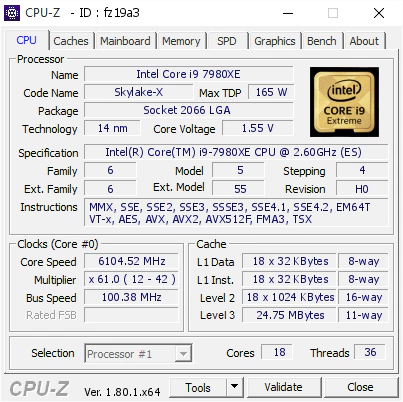 Validations are one thing, but it’s far more impressive to run a test that puts all those cores to use. When subjected to the multi-threaded Cinebench R15 benchmark, the CPU topped out at an impressive 5.6GHz with a core voltage of 1.45V. The power demands under such conditions are incredible; we measured almost 1000 watts travelling through the EPS 12V cables during the benchmark. That just goes to show how robust the Rampage VI Apex’s optimized 8-phase power delivery circuit is! via ASUS

Tuning the chip down to a more stable 5.6 - 5.7 GHz resulted the overclocker to perform benchmarks and that resulted in a Cinebench R15 score of 5635 points which is mind blowing. Of course, the power consumption again wasn't very pretty and was averaging around the 1000W mark. More details in the video below:

Following are the benchmark feats achieved on the Core i7-7980XE and the Core i9-7940X using the ASUS Rampage VI Apex motherboard.

The general conclusion for the Core i9 18, 16 and 14 core processors is that sure they are a best for heavy multi-thread and multi application workloads but they come at a cost. The $2000 US Core i9-7980XE is the fastest chip on the planet but it's costly and is very power hungry. You also need to tame these beasts with the very best cooling solutions. So overall, if you are planning to go for the very best, you should also expect to be paying a much more premium price compared to the over all competition.