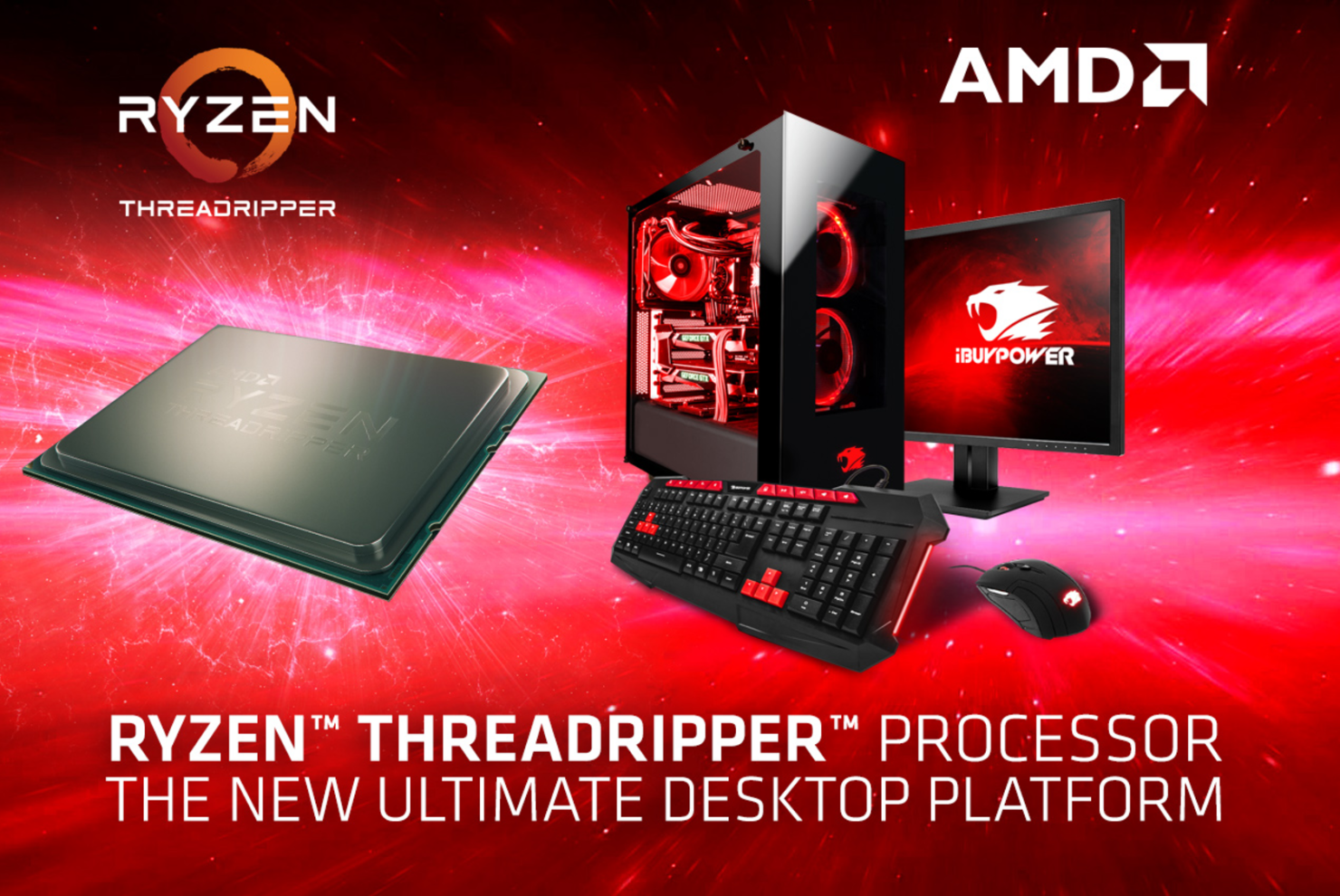 AMD's ultimate enthusiast platform, the Ryzen Threadripper X399 can now be purchased through select system builders. The Ryzen Threadripper processors on the X399 platform will deliver stellar performance at disruptive price points and are now available to purchase from OEMs such as Dell (Alienware).

The AMD Ryzen Threadripper processors come at very competitive prices and will feature great multi-tasking performance against their competitors. AMD has stated that Ryzen Threadripper chips are now available for purchase from various system builders, which includes Alienware, Origin PC, MAINGEAR, iBUYPOWER, Cyberpower PC and more. The links to their respective pages have been provided below:

The systems start at a price of just $1700 US which is the same price as an Intel Core i9-7960X 16 core chip. For the mentioned price, you get the Ryzen Threadripper 1920X and a fully configured system which is great. The high-end Ryzen Threadripper 1950X systems are priced around $2500 US and all the way up to $5000 US, depending on the configuration you are using. Although the system specifications aren't that great for the $1700 US (Just 8 GB DDR4 RAM, 1 TB HDD, no SSD, etc) but it shows that you can probably build an even better rig with the given budget compared to PC's using the Intel Core-X X299 platform.

These systems are for users who want a fully prepped PC delivered to them. If you are one who likes building PCs himself/herself, then don't worry as Ryzen Threadripper chips will be available separately on 10th of August.

We have already seen the official package of the Ryzen Threadripper processors which looks great. The chip comes in a large box shaped container with curved edges. It seems to be made of a strong alloy material and has either a plastic or glass cover on the front which is engraved with the Ryzen Threadripper label and logo. 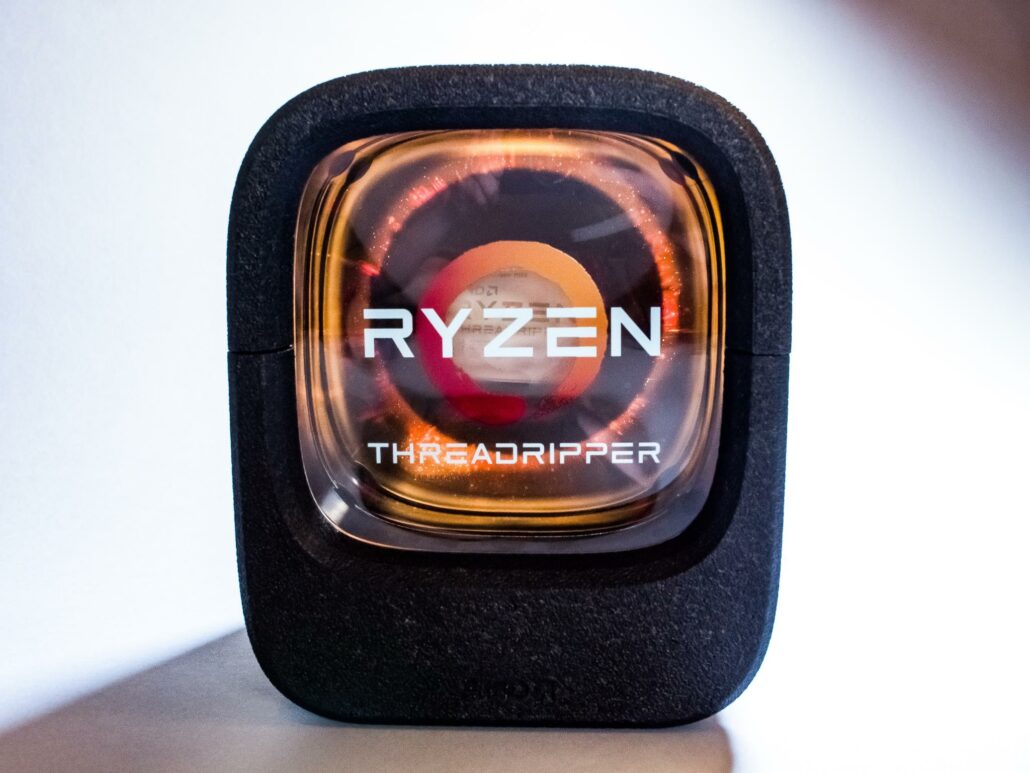 The chip can be seen through the mirror and just like the mainstream processors, each Ryzen TR CPU will have the naming printed in clear black on the IHS which looks amazing. Many people have been comparing the new logo to the eye of Sauron but I think it does look well designed. The new Radeon Vega logo also looks very similar to this.

The second chip in the lineup is the Ryzen Threadripper 1920X which features 12 cores and 24 threads for a price of just $799 US. Intel's 12 core chip in comparison costs $1200 US. The chip features clock speeds of 3.5 GHz base and 4.0 GHz boost. Keeping things in line and if the chip comes with the same die configuration as 1950X, we will be looking at 32 MB of L3 cache and 6 MB of L2 cache which totals 38 MB total cache size. The chip will feature the same amount of PCIe lanes as the 1950X.

Both chips will feature 180W TDP which is higher compared to the Intel Core X offerings that max out at 165W. It remains to be seen how these chips fare against the Intel parts in terms of efficiency as Intel isn't doing particularly well in that area.

It's also confirmed by Der8auer in his latest YouTube video that all Ryzen Threadripper chips come with four Zeppelin dies. The large IHS is soldered to the main chip which houses the four dies and it confirms that these are the same parts as the EPYC lineup but differently configured for use on AMD's TR4 socket and X399 platform. 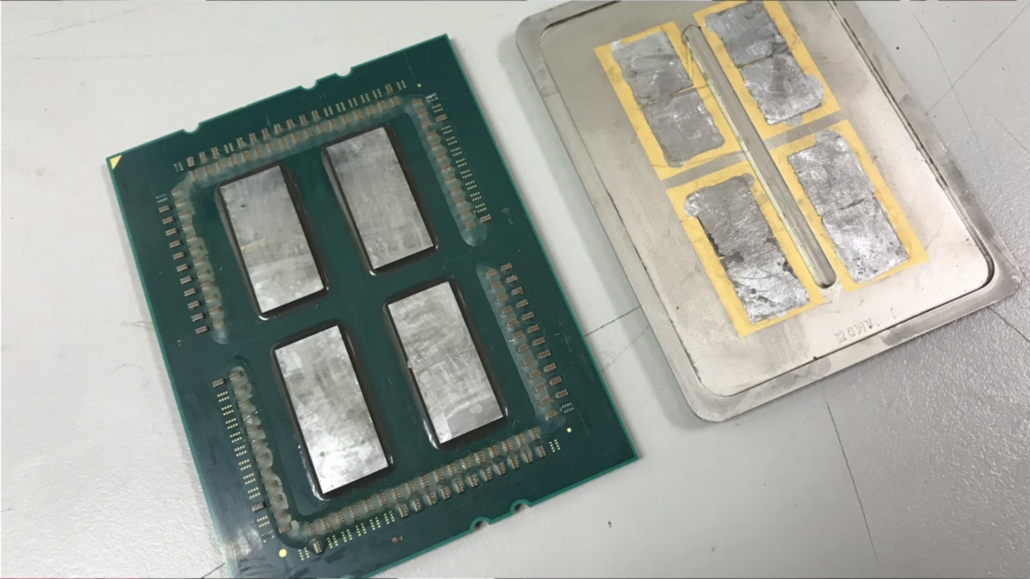 In the future, AMD can, if they wanted, enable all four dies to deliver 32 cores to enthusiasts but they don't see that much use of higher core count on enthusiast platforms at the moment.