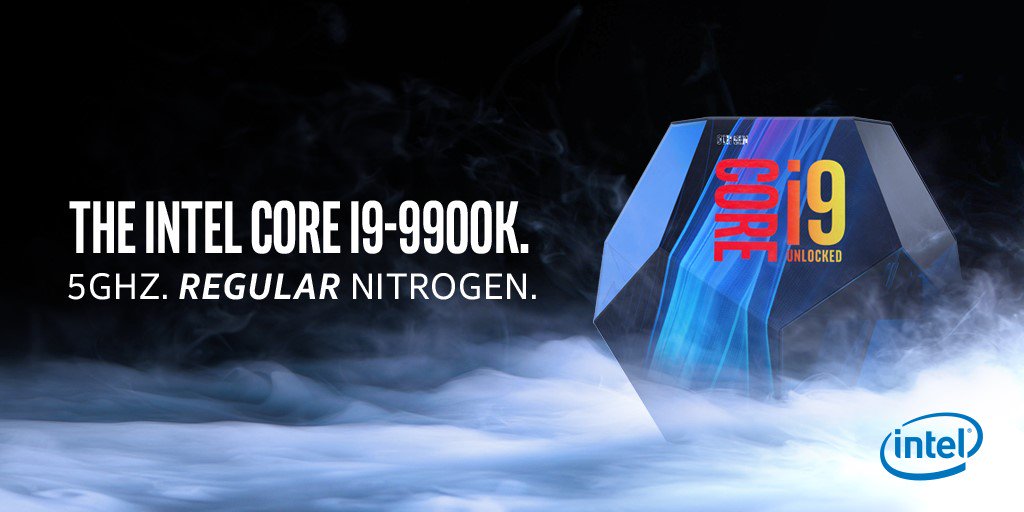 In addition to the Core-X announcement, Intel also announced at IFA 2019 that the Core i9-9900KS, 5 GHz all-core chip, will be available on retail shelves in October. No specific date was announced but with the Core i9-9900KS, Intel seems to be asserting that they can not only release a 5 GHz chip but also hit the advertised speeds as long as the CPU is running.

It's no surprise that Intel is launching the Core i9-9900KS (S for Special Edition) at a time when AMD is having trouble keeping their Ryzen 3000 series lineup running at advertised clock speeds. AMD has since announced a boost frequency BIOS update which we will hear more about on the 10th of September.

As for the Core i9-9900KS, we last heard about the processor back at Computex 2019 where it was previewed. The Intel Core i9-9900KS is the latest entry to the 9th Generation desktop lineup. It’s a lot similar to the Core i9-9900K but being a special edition variant, it offers 5 GHz turbo frequencies across all 8 cores rather than 1 core on the Core i9-9900K. The CPU still has the same 8 cores, 16 threads along with 16 MB of L3 cache, a GT2 graphics chip and the same soldered IHS that we saw on the 9900K.

The faster clock speeds would definitely result in slightly higher power consumption numbers so even if Intel has them tagged as 95W (base frequency), the actual TDP numbers would be way high. Intel would be shipping the chip in the same special "dodecahedron' packaging that we got with the Core i9-9900K so don't expect a boxed cooler. It's a wise decision to not ship it with a standard stock cooler as the chip would require some beefy liquid cooling to stay cool.

As for performance, the special highly-binned processor would definitely bring a boost in overall performance, especially games considering we are looking at a +300 MHz all-core boost clock vs the Core i9-9900K. The launch will be happening a month after AMD releases their fastest 16 core Ryzen 9 3950X processor which is aiming 4.7 GHz boost speeds (single-core) but it remains to be seen if it can actually hit the advertised speeds as it uses the same architecture as the rest of the Ryzen 3000 lineup which is having boost clock issues that need to be fixed via a BIOS update.

Chart from AMD Reviewers Guide, NOT from derbauer's video

It seems like it is becoming a yearly event by Intel for special edition launches. Last year, Intel made an announcement for their Core i7-8086K Anniversary Edition which was a special variant of the i7-8700K with higher clock speeds. The Core i7-8086K also featured 5 GHz turbo but on a single core out of the six, it had on the die. The processor was priced at $425 US at launch which was a slight bump over the Core i7-8700K. Intel hasn’t detailed the price for the Core i9-9900KS nor its launch date but we should see pricing around $500 US.