More performance results of the Intel Core i9-9900K flagship 8 core processor have leaked out. This time, we are looking at the 3DMark Timespy benchmark (via TUM APISAK) which lists down scores of the processor in both stock and overclocked configurations.

Yesterday, we got to see the first media review of the Core i7-9700K and a day before that, we saw many Geekbench 4 benchmarks of the entire unlocked 9th Generation processor lineup. The CPUs are still some time away from their official launch and many reviewers and overclockers already have their hands on the processors and Z390 motherboards. Some of the earlier benchmarks we got to see were posted by motherboard manufacturers themselves who forgot to pull off the plug from the internet where the results got listed (accidentally).

Before we talk about the performance results, we should take a look at the Core i9-9900K CPU and its specifications.

The Intel Core i9-9900K is the one of three 9th Generation Unlocked SKUs to feature soldered IHS. (Image Credits: XFastest)

The performance results show that at stock clocks, the Core i9-9900K 10,916 points and 36.68 FPS in the CPU tests on 3DMark Timespy. The chip was also tested by a different user with clock speeds of 4.8 GHz across all cores and that scored 11,459 points and 38.50 FPS in the CPU tests. Now when we compare these results to an overclocked AMD Ryzen 2700X at 4.45 GHz that seems to be the near limit of the AMD flagship 8 core processor, the chip scores 10,285 points and 34.56 FPS in the same CPU benchmark. 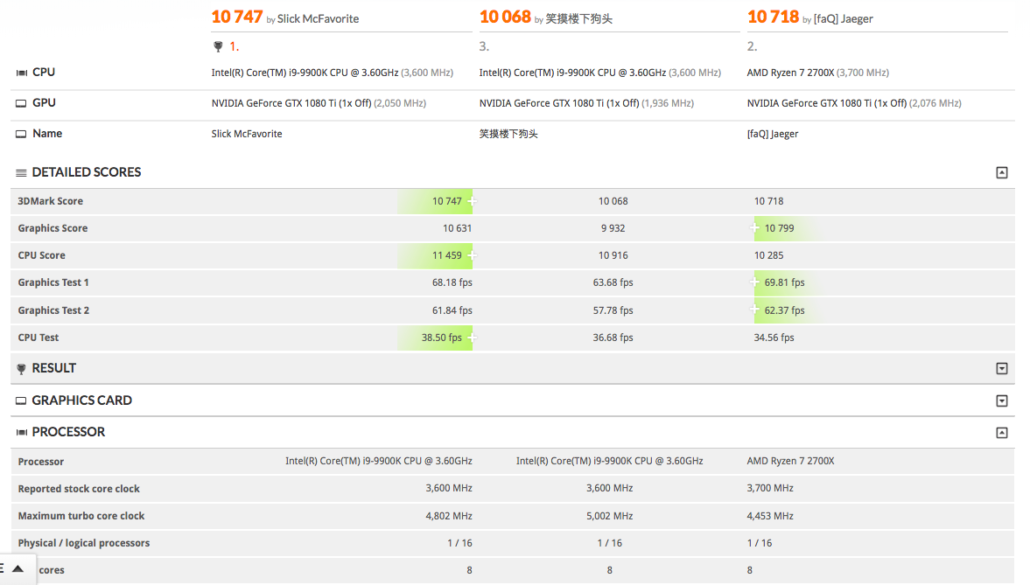 Looking at the above-mentioned results, we can see that even at stock speeds, the Intel Core i9-9900K is ahead of it's overclocked competitor. Another thing to note is that the overclocked CPU doesn't score a whole lot more than the stock clocked Core i9-9900K. The reason being that the Intel Core i9-9900K already boosts to 4.7 GHz across all 8 cores so we are only looking at a 100 MHz bump with the overclock. Keeping that in mind, the score is good enough but we expect it to reach much higher with retail samples that would be able to hit clocks north of 5 GHz.

Newegg’s Black November sale is on! Everything from Monitors to CPUs In addition to the 3DMark Timespy results, we also have a new listing for the Core i9-9900K in the Geekbench 4 benchmark at 5.10 GHz clock speed across all 8 cores on an ASUS ROG Maximus X HERO motherboard.

The specifications have been listed but there's currently no word on the prices which are said to be expected around October, around the same time as the official announcement. Expect more on details regarding the prices and performance of these new 6 and 8 core mainstream parts from Intel in the coming months.