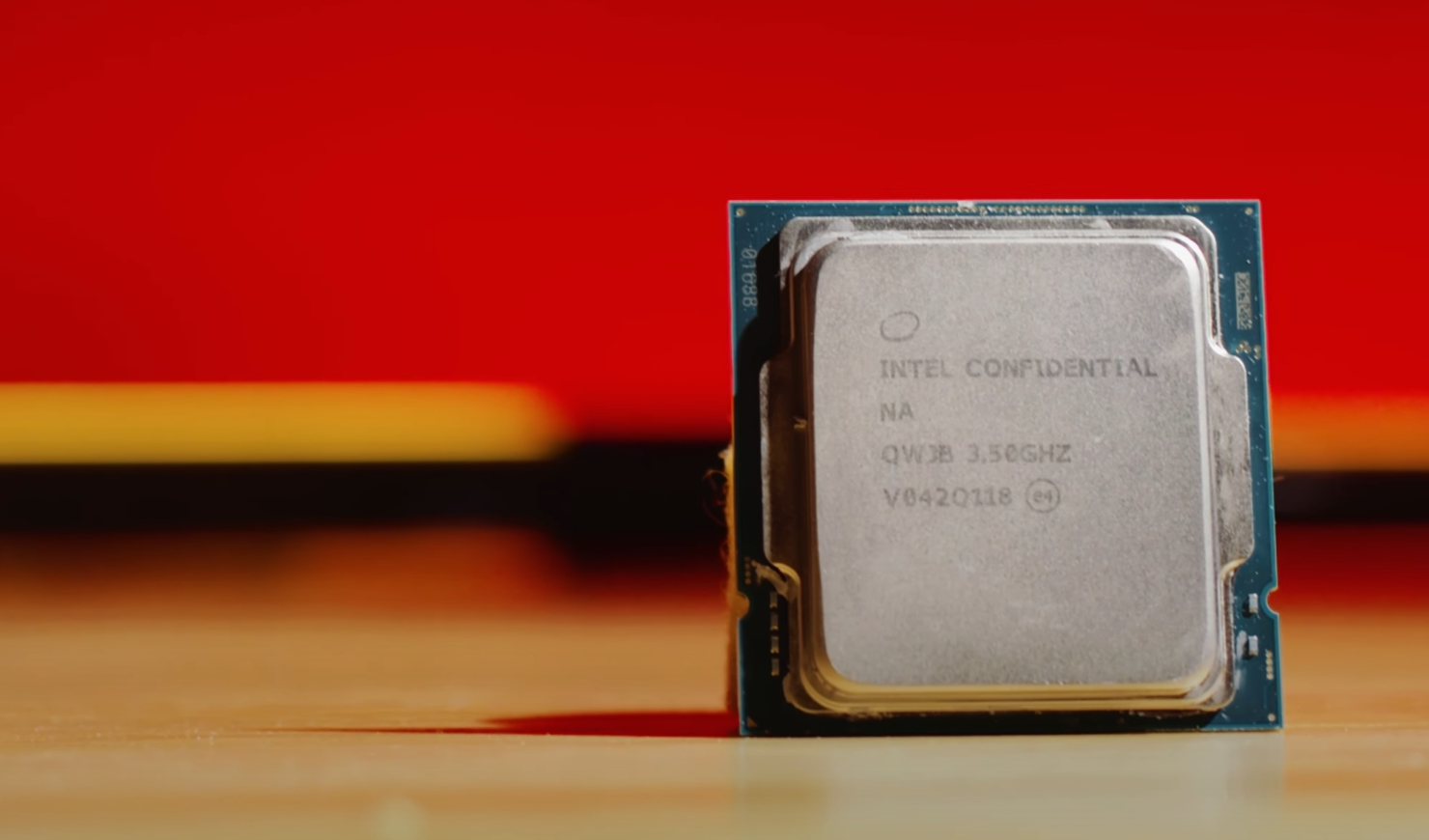 The Intel Core i9-11900K Rocket Lake Desktop CPU performance benchmarks have also leaked out which show a huge gain in single-core performance for the upcoming flagship. The CPU was tested by a Chinese media outlet at Bilibili and was compared against AMD's Ryzen 7 5800X & also Ryzen 7 5700G which is another unreleased CPU.

The Intel Core i9-11900K with its multiple Cypress Cove core will bring the biggest CPU architectural upgrade in over 6 years. This is because ever since the 6th Generation Skylake CPUs, all Intel CPUs up till the 10th Generation Comet Lake CPUs have used the same identical chip architecture based on the 14nm process node.

The source highlights that they were running the Intel Core i9-11900K on a Z590 motherboard using a newer BIOS than what is currently being shipped in retail. The BIOS unlocks higher CPU performance on Rocket Lake CPUs but still has a few problems which will be addressed after the launch of the Rocket Lake CPUs. 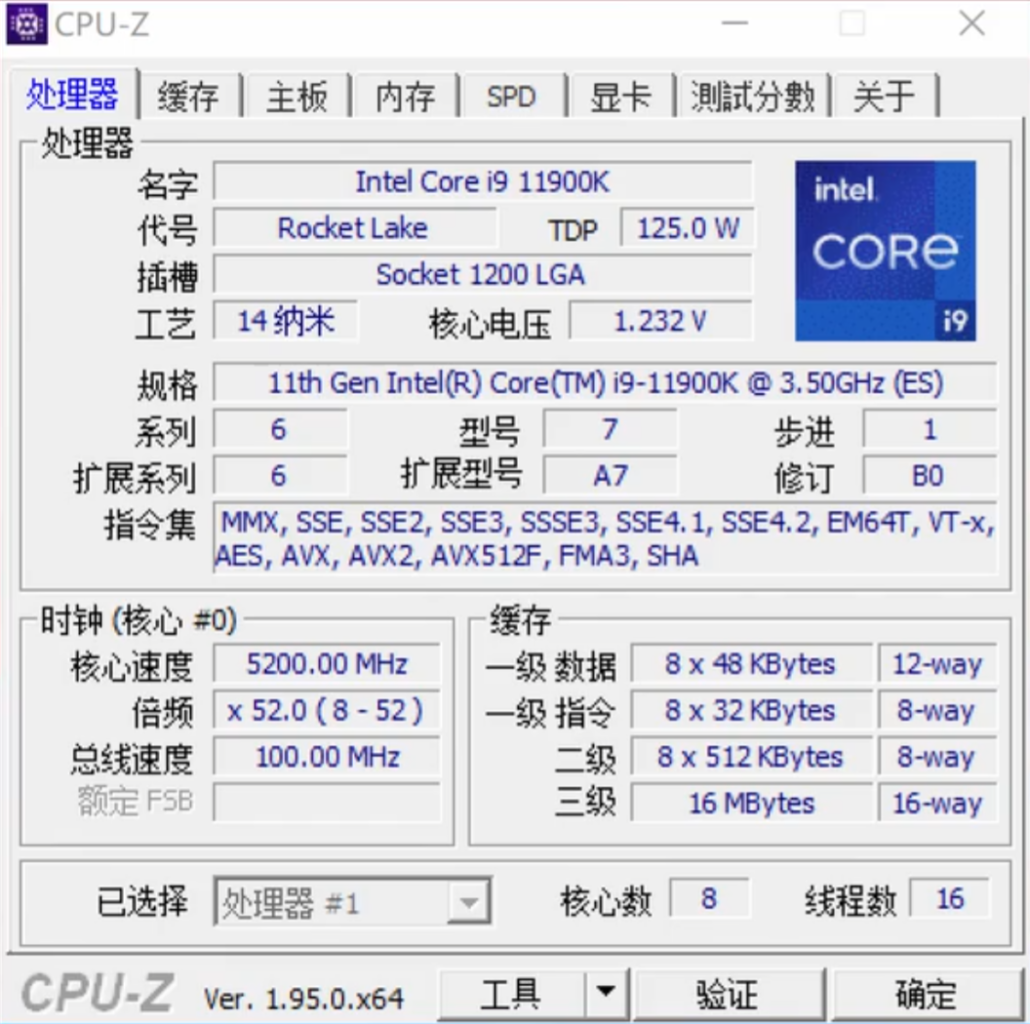 Looking at the benchmarks, the Intel Core i9-11900K has faster performance than both AMD CPUs in both single and multi-core benchmark applications. The benchmark results can be seen below:

Coming to the gaming performance results, we see some really inconsistent performance that doesn't match the numbers we saw in the standard benchmark tests. This is also similar to the previous performance numbers published by the same source. Despite a massive clock speed overclock of 5.2 GHz, the Intel Core i9-11900K barely matches the Ryzen 7 5800X & even loses to the AMD competitor in a few gaming tests. Harukaze compiled a neat chart with all the metrics posted in one place that you can see below: 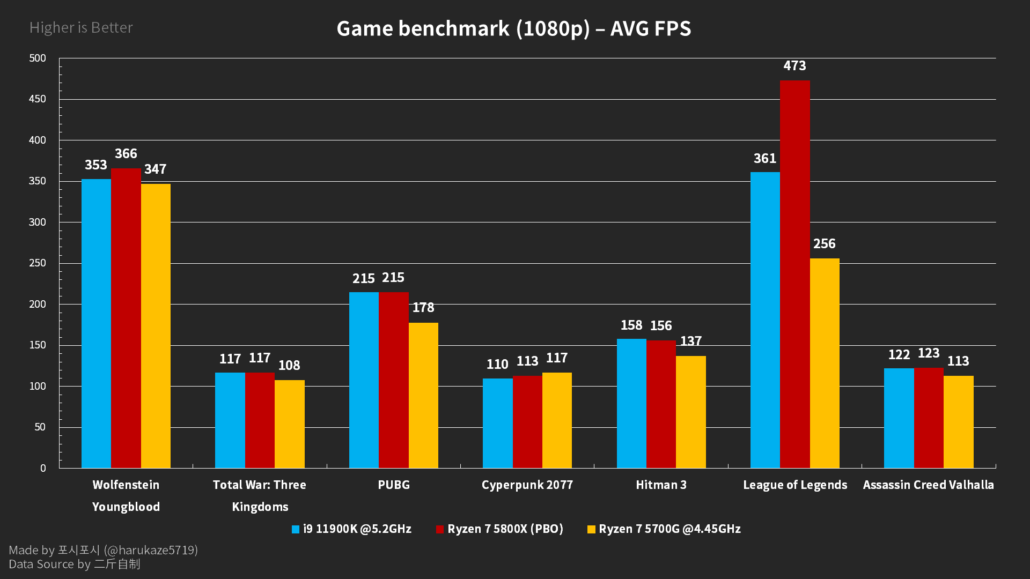 Again, the results for the Intel Core i9-11900K and AMD Ryzen 7 5700G are based on engineering samples. The final performance should improve but based on the data we have from various leaks, Rocket Lake CPUs might not cut it against AMD's Ryzen 5000 series processors, especially if AMD considers a price cut moving down in mid-2021. For those interested, the Intel Core i7-11700K and AMD Ryzen 7 5700G CPU benchmarks have also been reported by us here and here.