Intel's Core i9-10900K has been on the market since April 2020 and is currently the fastest 10 core chip. However, the same processor has been widely unavailable on various retail channels which is mostly due to a poor supply of 14nm chips. But it seems like Intel is planning to release another 10 core SKU in its Comet Lake-S desktop family as one has been spotted by TUM_APISAK.

According to the latest leak, Intel is preparing its Core i9-10850K CPU which features 10 cores and 20 threads. Various entries of the chip have been spotted within the Geekbench database & show clock speeds hovering around 3.60 GHz base and 5.20 GHz boost. The CPU retains 20 MB of L3 & a total of 2.5 MB L2 cache. There's no TDP mentioned for this specific part but it might fall with in the same TDP range as the Core i9-10900K at 125W. 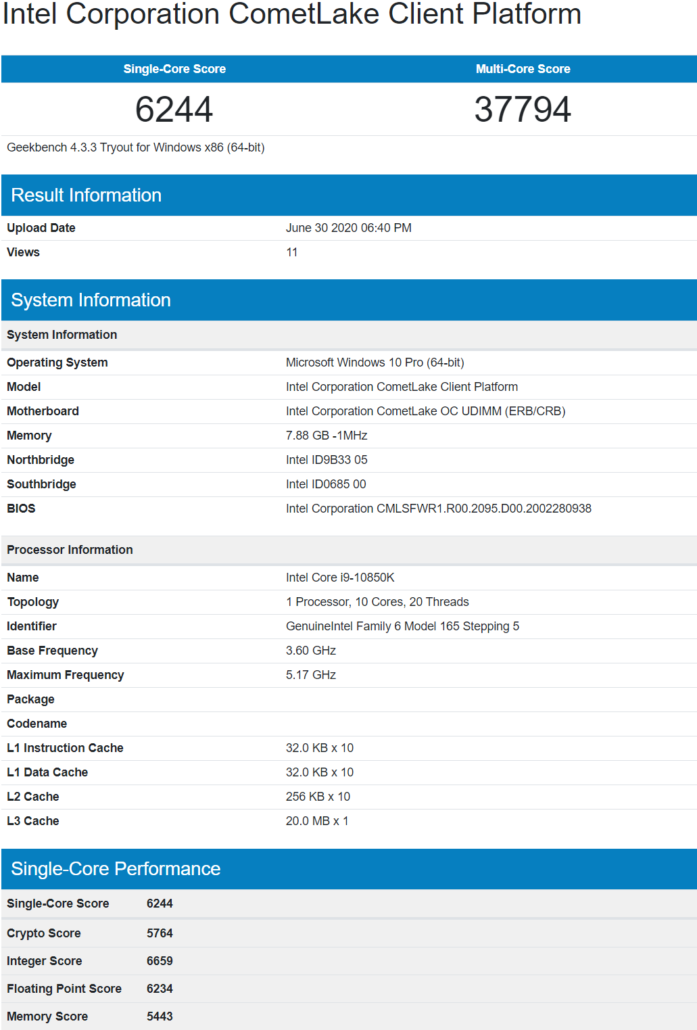 We can't confirm if this is an OEM only chip or something that will be coming to the retail desktop market. The Intel Core i9-10850K definitely looks interesting and being an unlocked chip makes it even more interesting. We can tell that an unlocked design doesn't fit in Apple's products due to a more restrictive nature but a cheaper unlocked 10 core which comes in around $450 US would be pretty sweet. We will keep you posted if we hear more about the new desktop SKU.