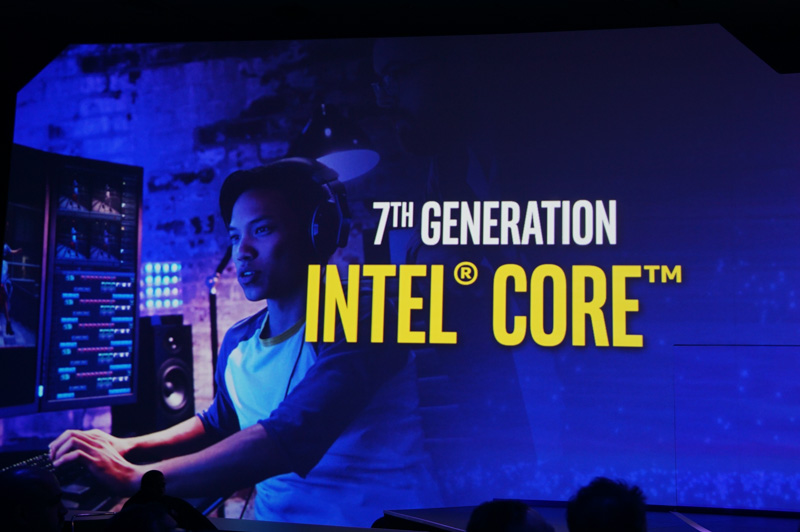 Intel's fastest Kaby Lake model has been listed by an online retailer months before its release. The processor, known as Core i7-7700K will be the flagship offering. Based on the optimized, 7th generation architecture, Kaby Lake will be delivering improved clock speeds along with decent IPC increments.

Kaby Lake has already been introduced on low-power platforms. In the months ahead, Intel would launch Kaby Lake for high-end and mainstream platforms. This would include both mobility and desktop PCs. While Kaby Lake is very similar to Skylake, improvements to the 14nm node deliver increased efficiency and faster clock rates. 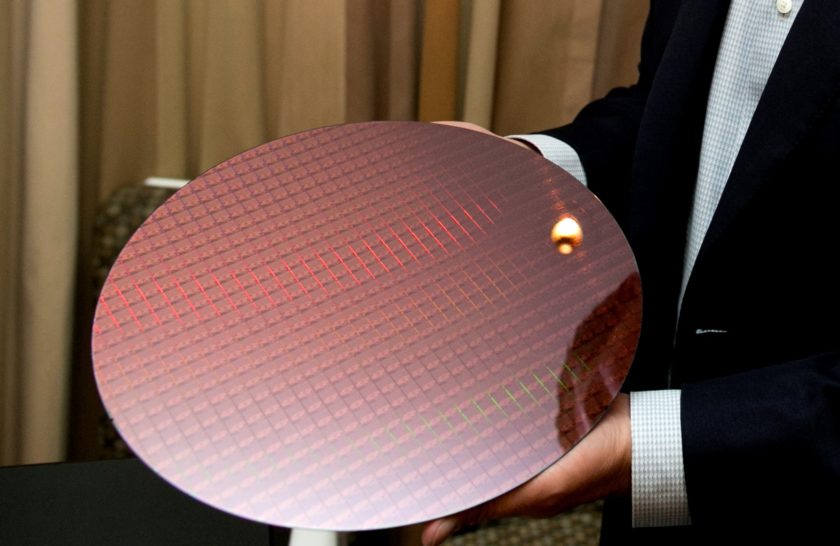 Intel showcases their 14nm+ wafer which is used to manufacturer 7th gen processors.

Intel calls their latest process as 14nm+ which is currently the most advanced form of the 14nm node. This node has up to 12% performance increase over previous 14nm chips. 14nm+ has been thoroughly detailed in our previous post here.

So talking about the details, first up, we have two “K” series models. These chips have an unlocked design that indicates that they are built for overclocking. The flagship is the Core i7-7700K features 4 cores, 8 threads and 95W TDP. This chip has a base clock of 4.2 GHz and boost clock of 4.5 GHz while featuring 8 MB of L3 cache. The official part number for the model is CM8067702868535. 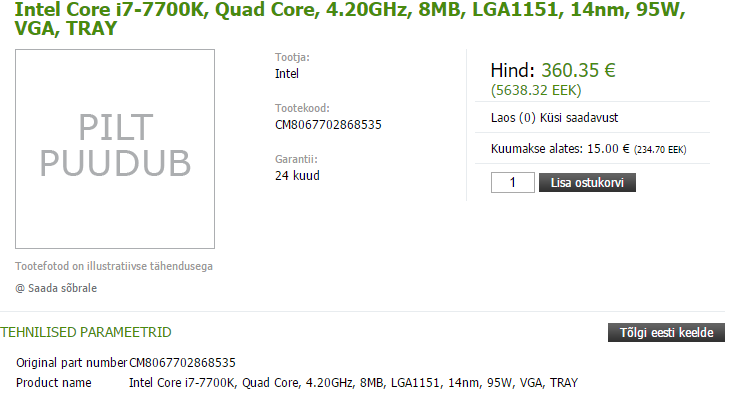 Listed over at an Estonian retail site, the chip is available for pre-order at 360.35 €. This brings the price to roughly $400 US. Now the price is definitely not final and exaggerated since launch is still far away. Actual price should be around the same pattern as the Core i7-6700K.

The second chip is the Core i5-7600K. This is a quad core chip without multi-threading support that packs 6  MB of L3 cache and a 95W TDP. The chip features a base clock of 3.8 GHz and would turbo beyond 4 GHz.

The second part of this story is also related to the Kaby Lake chips. Listings over at Geekbench database show several Kaby Lake desktop chips operating on an ASUS Z170-K motherboard. These chips include the Core i5-7400, Core i5-7500 and Core i5-7600K.

The motherboard is based on the 100-series chipset which gives us a hint that early samples are already compatible with existing motherboards. It's up to Intel and their board partners to decide whether they would retain this compatibility down the road when Kaby Lake launches or limit it to the new 200-series boards. As of now, I have a feeling that 100-series and 200-series would allow compatibility with Kaby Lake chips but 200-series motherboards will have better I/O capabilities such as Optane SSD support.

Here’s What To Expect From Kaby Lake Desktop Processors