An Intel Core i7 3770K "Ivy Bridge" processor has been tested out by OBR, The chip is part of the 22nm Ivy Bridge platform from Intel which launches in April 2012. 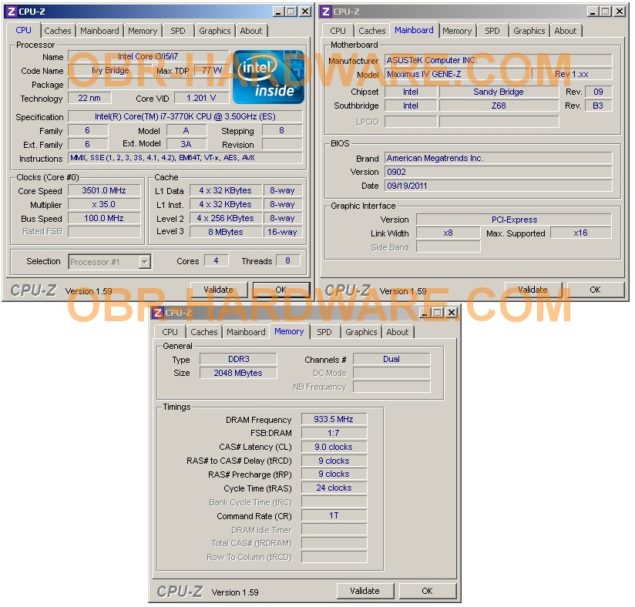 The Core i7 3770K would be the flagship processor of Intel's 3rd Generation Family featuring a Quad Core design with 8 threads clocked at a stock frequency of 3.5Ghz and turbo boost to 3.9Ghz. Additionally, The CPU features an 8MB L3 cache and a rated TDP design on 77W.

Intel's Ivy Bridge platform comes with new Z77 chipset based motherboards fortunately the processors are also backwards compatible with Sandy Bridge motherboards since both feature the LGA1155 socket. The processor was tested out on the Rampage IV Gene-Z motherboard from ASUS featuring the Z68 chipset, Performance was compared to the Sandy Bridge based i7 2600K CPU. Test Results below:

As reported by us earlier, The i7 3770K is indeed around 10% better than the Sandy Bridge flagship offering. The model tested here is an engineering sample so we could see slight improvements in the retail chip which would be available for $332 in April 2012. More info below: