Intel's Core i7-11700KF is the latest Rocket Lake 11th Gen Desktop CPU to make an appearance within the Ashes of The Singularity database. The chip was spotted by TUM_APISAK and it looks virtually identical to its bigger brother, the Core i9-11900K.

This is also the 'KF' variant which comes with a disabled iGPU. Intel could be offering both 'K' and 'KF' variants at launch but we can't say for sure right now since the launch is still months away and these could be early samples for OEMs and motherboard vendors to test out. The performance metrics show the chip scoring 11300 points in the benchmark with an NVIDIA GeForce RTX 3080 graphics card and 64 GB of DDR4 memory. 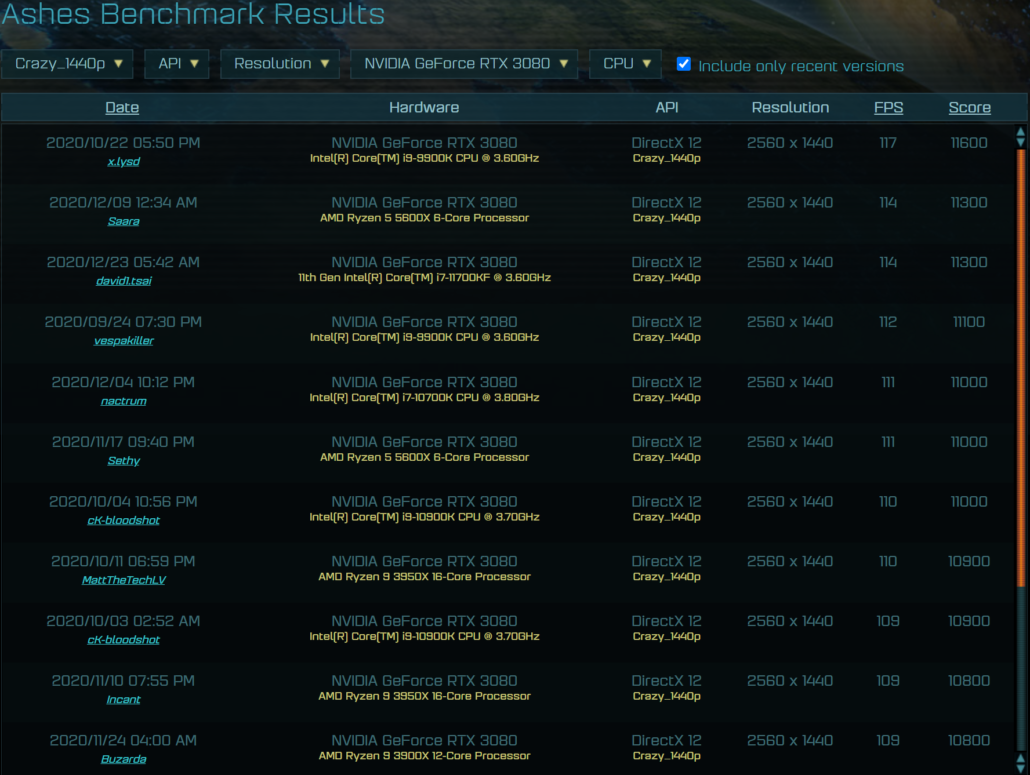 The average frame rate for the CPU was 126.7 FPS. The chip is on par with the Core i9-10900K at 1440p (Crazy Preset) but at the same time, slower than the Core i9-9900K and AMD Ryzen 5 5600X. The issue with Ashes of The Singularity benchmark is that results that are from different users are not a good means for comparison since they are running on different platforms and we don't know for sure if they are overclocked results are stock. As of now, the only thing this benchmark shows us is that the Core i7-11700KF is on its way to the consumer segment in Q1 2021.

The Intel Core i9-11900K benchmark showed us that the Rocket Lake lineup will help Intel reclaim its gaming performance crown but at the same time, AMD is definitely going to be cooking its own next-generation Ryzen refresh lineup to counter Intel's 11th Gen family.