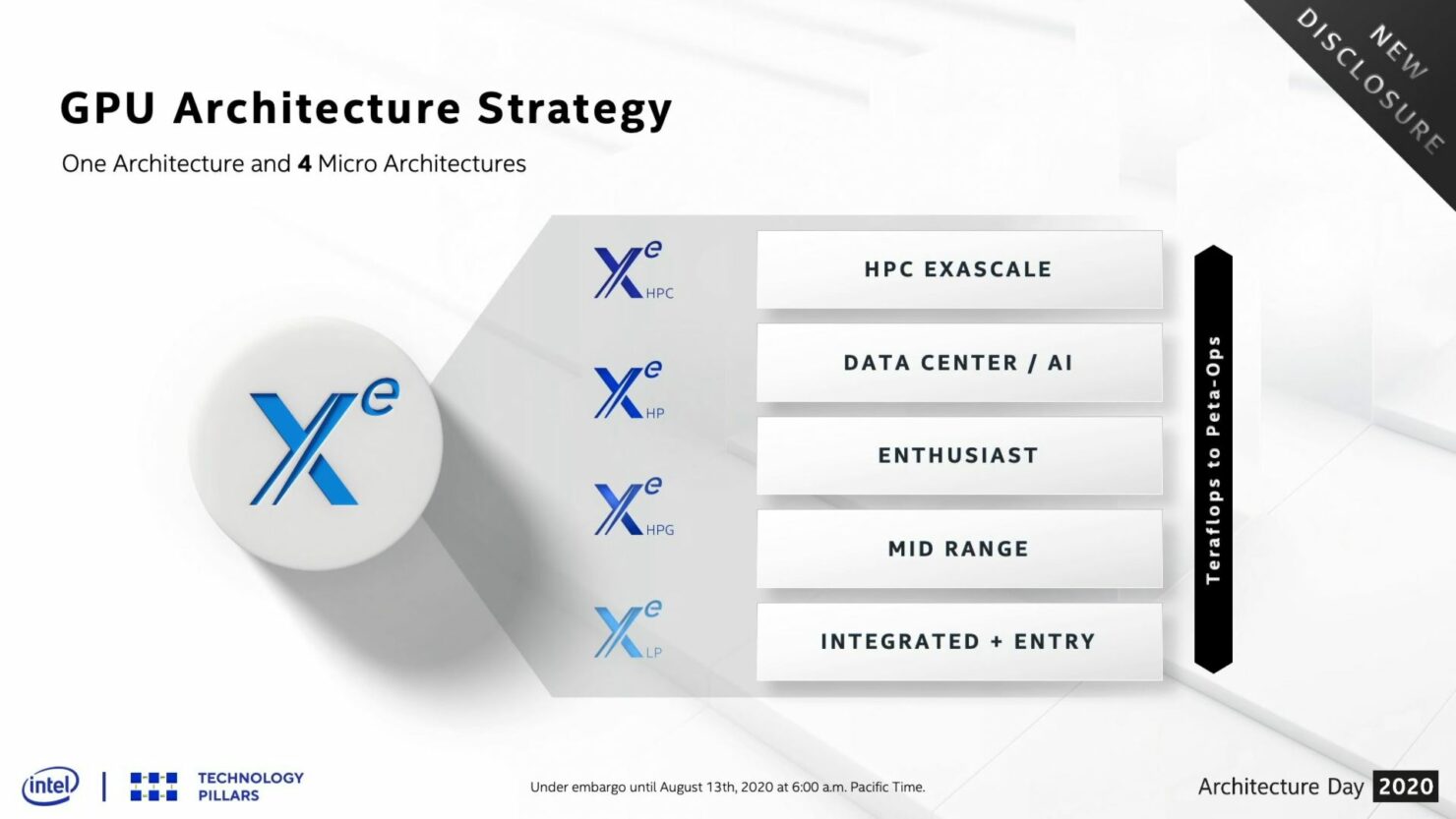 Intel revealed a ton of details on Architecture Day 2020 and one of the key disclosures was how their GPU strategy aligns with external foundries. The company disclosed how they were tackling the four tiers of their GPUs and also (in the process) confirmed my exclusive on Ponte Vecchio. While the company did not comment on a consistent cadence in the presentation, they did confirm the same during the Q&A that followed.

Basically, the company has confirmed that DG1, Tiger Lake, and SG1 (a flavor of DG1 designed for servers) will be manufactured inhouse on the Intel 10nm SuperFin process. The upcoming Intel Xe HPG GPU for gamers will be made on an external foundry process - quite likely TSMC (and probably the 7nm process considering the 2021 timeline). Xe HP and the monstrous GPU they demoed with 4 tiles and 16384 cores will be made on the enhanced version of their SuperFin process which they have not named yet but had up and running in their labs.

Ponte Vecchio on the other hand will have a mix and match strategy that we have already detailed in our exclusive and will be based on Intel Next-Gen (7nm) along with an external foundry. Before we go any further, here is the overview in question:

Since the packaging technologies are also mentioned here we can infer one additional detail about all these GPUs. Multi-tile (MCM) approach requires EMIB packaging (or something more advanced). This means that Intel Xe HPG (at least initially) will not be an MCM based GPU and will be based on a single tile. It also confirms that Ponte Vecchio is an MCM GPU that uses both Foveros 3D packaging and CO-EMIB to get the GPU up and running. 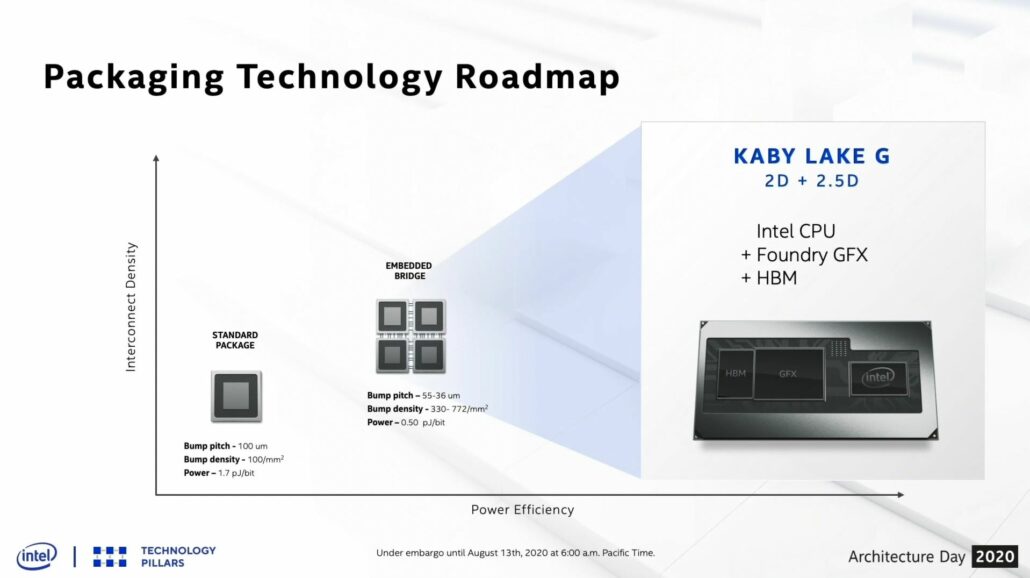 In the Q&A that followed, the company was asked whether they would be following a regular cadence for dGPUs as well (like they do with CPUs) and the company responded with a resounding yes. Looks like Intel's graphics ambitions are here to stay. If all goes according to plan, gamers will have the first Intel-made GPU in their hands in 2021.