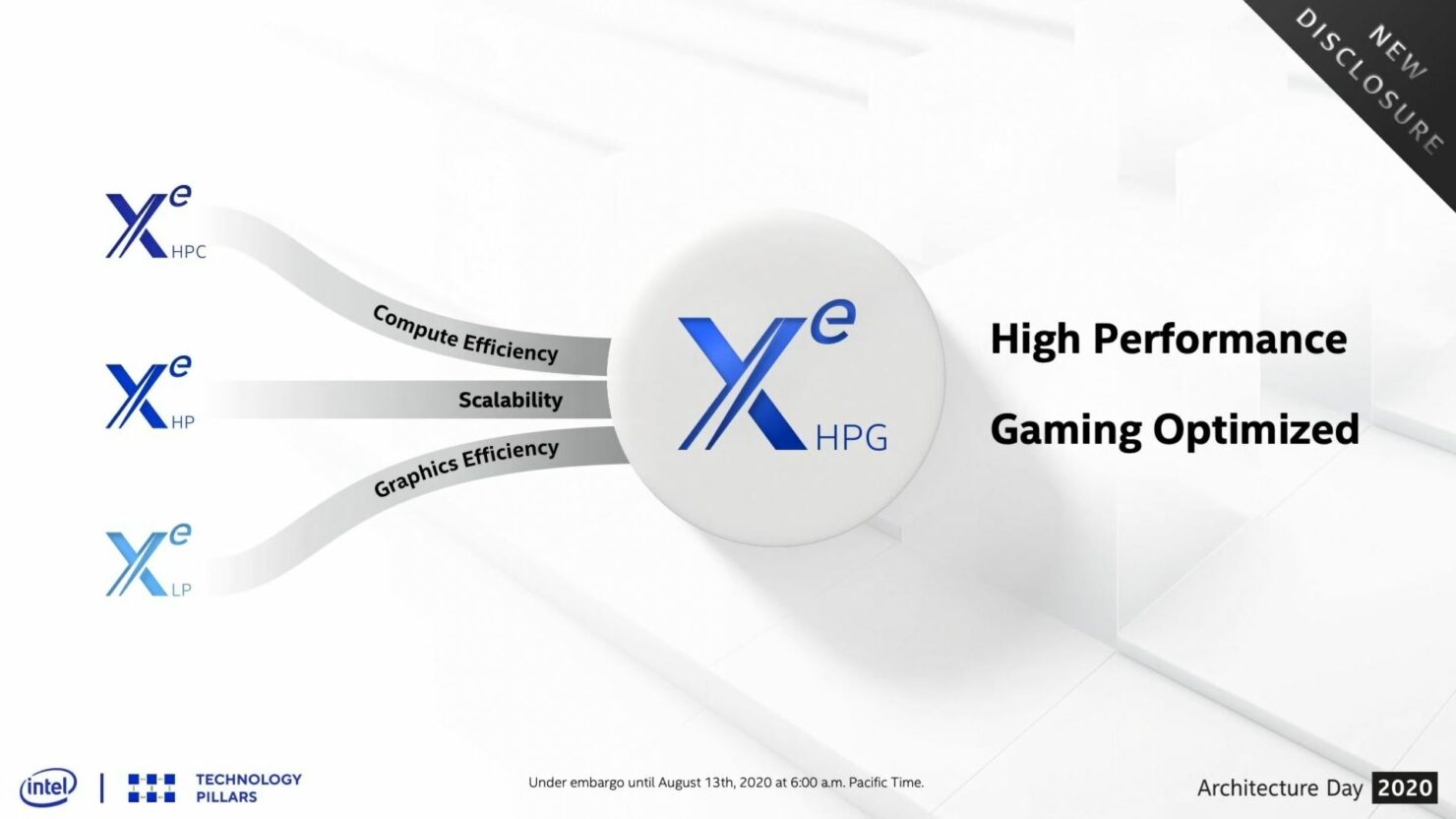 At Architecture Day 2020, led by Raja Kodrui, Intel announced that it had not forgotten the gaming community and revealed a brand new architecture designed for gaming: Intel Xe HPG. An acronym for Xe High Performance (Architecture) for Gaming, HPG will ship next year in 2021 and will feature GDDR6 memory and a single tile of HPG. While Intel did not confirm the tile count in the presentation we asked Raja Koduri in the Q&A and he was able to give us a big hint that confirms the tile specifications.

Probably the biggest reveal was the fact the graphics card will be made on an external process (likely TSMC) which would mean that it will not be tied down by any foundry delays that Intel may face. [opinion] Since its coming in 2021, I would guess that TSMC's 7nm process would start to be freed up by then with AMD etc transitioning to 5nm and that would become the most feasible process for this GPU. [/opinion]

[Educated sepculation] while we are not sure if Xe HP and HPG have the same EU count per tile, if it is the same then we can do some quick estimations as well. A single Xe HP tile has 512 EUs which translate to roughly 4096 cores. If the core count is the same then we are looking at 4096 cores with GDDR6 memory. In 2021, if Intel prices it right, this could target the dead center of the gaming market and take the budget crown quite handily from AMD. At just 1500 MHz, and with 512 EUs, the Xe HPG GPU would be able to output 12.2 TFLOPs of FP32 Compute, which is a very very impressive number and can easily drive 4K gaming. [/educated speculation]

Considering Intel's clout, I also expect these gaming GPUs to be priced very very fairly. More competition is always good and from the looks of it, two are soon going to become three if all goes well for Intel's graphics division. We tried to cajole more information about the upcoming GPUs at the Q&A but unfortunately for us, this is all the information they were going to provide. Although now know this is a thing - we will put our trusty sources to work on sniffing out more information about Intel's upcoming gaming graphics cards.