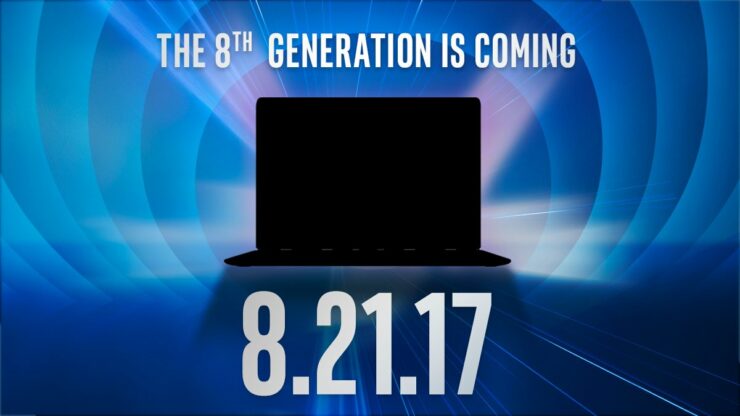 Intel will officially be announcing their 8th generation Coffee Lake processors tomorrow but there have been multiple leaks prior to that. While the desktop lineup has been caught up in the rumor mill for a while, we are now looking at notebook chips which will come under a 15W TDP package.

A total of four Coffee Lake-U series have been confirmed directly by Intel. These include the Intel Core i5-8250U, Core i5-8350U, Core i7-8550U and Core i7-8650U. All of these are 15W processors but the most interesting thing that consumers will be looking forward to is the higher core count. All processors mentioned in this article feature 4 cores and 8 threads.

That's a nice jump when we compare it to Kaby Lake-U and the predecessors that came before it. Those processors featured just 2 cores and 4 threads. What this means is that consumers can enjoy higher performance in productivity and general applications without sacrificing on power.

When it comes to SKU specific specifications, the Core i7-8650U seems to be the fastest of the four with 4 cores and 8 threads. The chip has a clock speed of 1.90 GHz (base) and is said to boost up to 4.0 GHz. The chip will feature 8 MB of L3 cache which is twice that of its predecessor and the TDP will remain set at 15W however, the CPU can automatically configure the TDP when boosting to a higher frequency on single and dual operational cores.

The chip will be a great and much needed boost on the notebook (low power) side of things which have not seen a core and drastic jump in CPU performance for a while. The chip will be priced at $409 US compared to $393 US of the Core i7-7600U which is a small bump. Specifications for other processors are listed in the table below.

For those interested, there are multiple ACER Aspire and ACER Swift series notebooks listed on the official ACER webpage that feature Coffee Lake processors. You can find them in the links below:

Performance results of the Intel Core i7-8550U have also been posted by LaptopMedia. The guys managed to get their hands on a brand new 8th generation notebook. Now we have seen a Core i7-8550U based notebook before but didn't get to see any performance metrics. 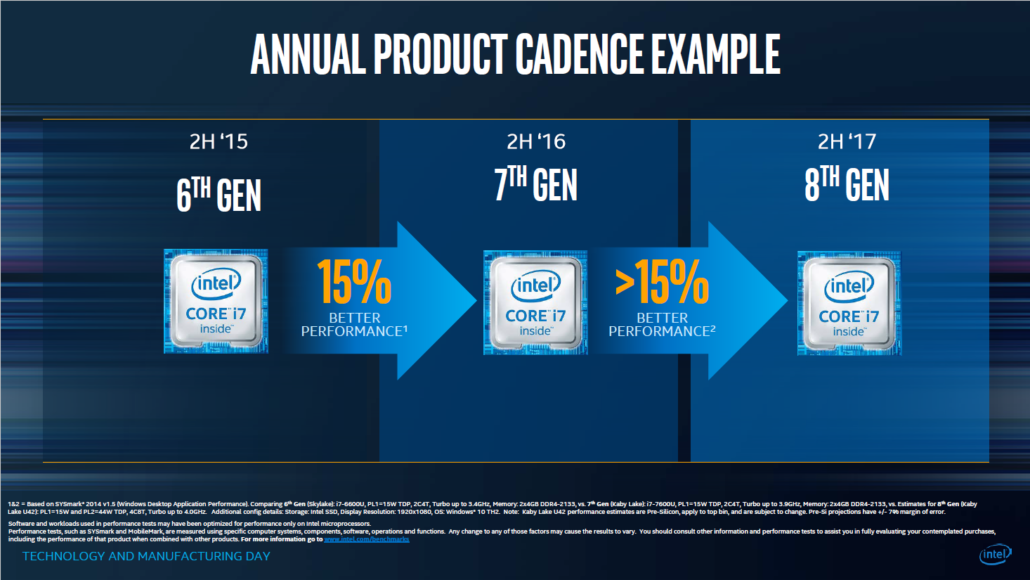 The processor also features the Intel HD Graphics 620 which is said to be good for gaming at HD (1080p) resolution on modern esport titles. When paired with a good dGPU, we can expect better performance. In CPU intensive tasks such as Adobe Photoshop, the chip performs much closer to a Core i7-7700HQ processor which is impressive. We can expect more information from Intel regarding their 8th Gen Coffee lake-U tomorrow when the processors are officially announced to consumers.