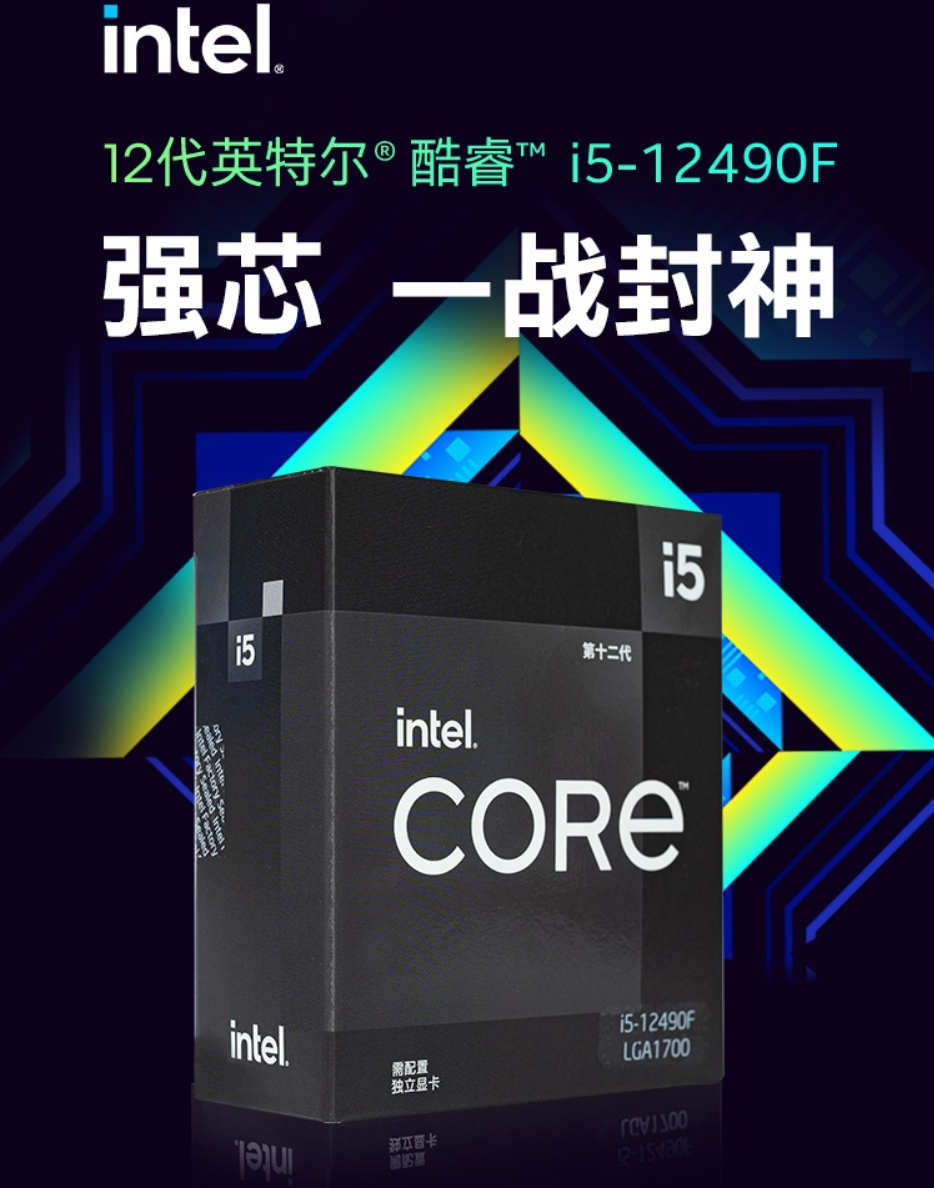 The Intel Core i5-12490P is a special Alder Lake chip that's been designed and sold exclusively to China. It features the C0 die which is the same used by all hybrid chips except the 12490P comes without hybrid cores. It packs 6 Golden Cove cores and 12 threads. The CPU being an F variant is excluded from iGPU support so the Xe-LP graphics that you'd otherwise find on the non-F chips is not there.

In terms of performance, the Intel Core i5-12490P Alder Lake CPU scored up to 1825 points in the single-core and 8929 points in the multi-core benchmark of Geekbench 5. That's 10% multi-thread performance compared to the 6 core AMD Ryzen 5 5600X, 6% faster performance than the 8 core Intel Core i7-11700F and nearly matching the Core i9-11900F. In single-threaded tests, the CPU is faster than all three chips mentioned above.

It should definitely be noted that the extra cache could make for an interesting SKU for the gaming segment where consumers are looking for higher performance. The extra 1 MB of cache could lead to slightly better FPS and performance stability in games though for now, the chip is priced around 100 RMB more than the Core i5-12400 at 1620 RMB or $250 US.

This is a fairly good price but it also comes close to the Core i5-12600KF which has an MSRP of around $270 US. In my opinion, if you can find the 12600KF at that price, then it's a no-brainer otherwise if there's a $50 US+ difference in the prices between the two chips, then the Core i5-12490P Black Edition CPU is a decent option but it still doesn't beat the performance/$ value of the Core i5-12400 which is an absolutely fantastic chip for budget gamers as we noted in our review.