Intel 400-Series Chipsets Including Z490 With I225 2.5Gbe Had A Networking Bug, But Its Already Been Fixed [Updated] 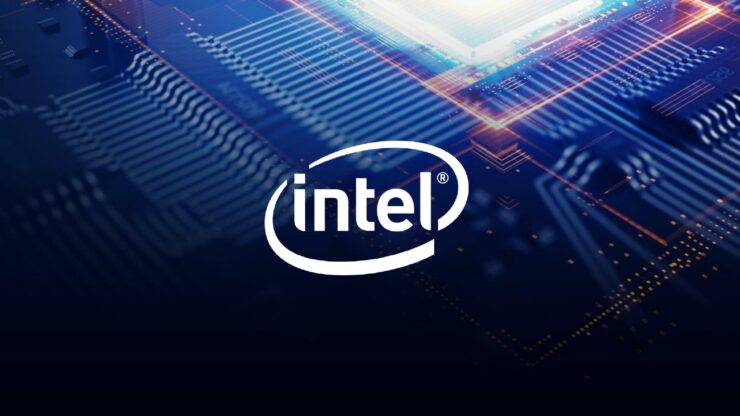 Update: Intel reached out to us to confirm that the bug has already been fixed and customers do not need to wait till 2H 20. The full statement is below:

"Intel is committed to delivering the highest levels of product quality and has already corrected the issue in the latest production version of the silicon. I225 v2 is already in production. We identified an IEEE spec variance in the Intel Ethernet Controller I225 that results in performance degradation when paired with some 2.5GbE switches and routers. Consumers experiencing this issue should ensure they have the latest software driver and associated firmware installed and can refer to https://www.intel.com/i225v1 for compatible switches and routers to ensure 2.5Gb/s connectivity."

It looks like Intel's Z490 and various other 400-series chipset based motherboards that feature the Intel I225 2.5Gb Ethernet controller have an underlying issue that may potentially affect networking performance.

According to XFastest (via Videocardz), Intel has reportedly issued an update on its Foxville network controller which would be more commonly referred to as I225-V in the upcoming 400-series boards that are launching this week. The I225-V 'Foxville' is a 2.5Gbe network controller which is designed to standardize 2.5Gbe LAN across the mainstream platform. Intel's network controllers are used on both Intel's own chipset based motherboards and also those that feature AMD's chipsets.

But Intel wants to push 2.5Gbe out on its own mainstream platform first while competitors rely on 3rd party solutions. While Intel's efforts to put 2.5Gbe standard across mainstream are great, their may be a major problem associated with the controller itself which would affect network workload performance. 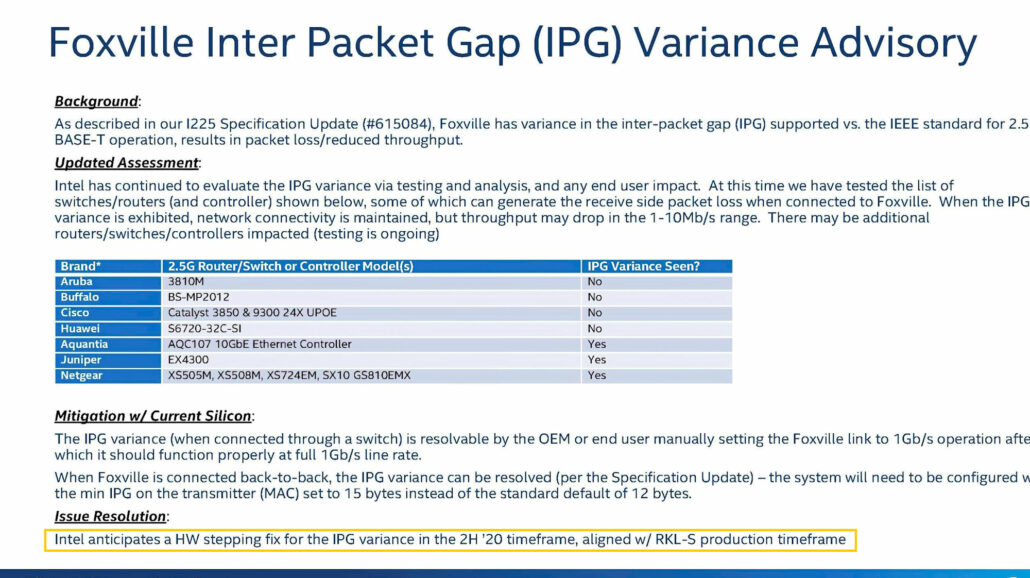 A slide showcasing Intel's internal assessment of the Foxville 'Inter Packet Gap (IPG)' reveals that the I225-V has an issue which would lead to packet loss and reduced network performance in the range of 1-10 Mb/s.

A list of mitigations with current silicon of the I225-V controller are mentioned which simply advise users/OEMs to set the Foxville Controller link to operate at 1 Gb/s however, a proper hardware-level fix needs to be issued through an updated HW stepping which is already in production, close to the launch time frame of Rocket Lake-S CPUs. While Rocket Lake-S CPUs will be compatible with the Z490 platform, it looks like proper functionality would require users to get the revised Z490 motherboards with the latest HW stepping for the I225-V controller that fixes the IPG Variance networking issue.

It's also interesting that this slide had to be leaked by someone to make the public aware of the issue. If not, users would've bought the upcoming Z490 motherboards and could've faced issues that cannot be resolved by software-level fixes. With that said, there will be several Z490 options that don't solely rely on 2.5Gbe controllers as there would be 1/5/10 Gbe options to select from. But those who are waiting for cheaper and more mainstream options with the 2.5Gbe controllers should beware and wait for an official response from Intel on this matter.