Intel’s 11th Gen Rocket Lake-S Desktop CPUs Will Be Compatible With Z490 LGA 1200 Socket Motherboards – Will Be Updated To PCIe Gen 4.0 This Year 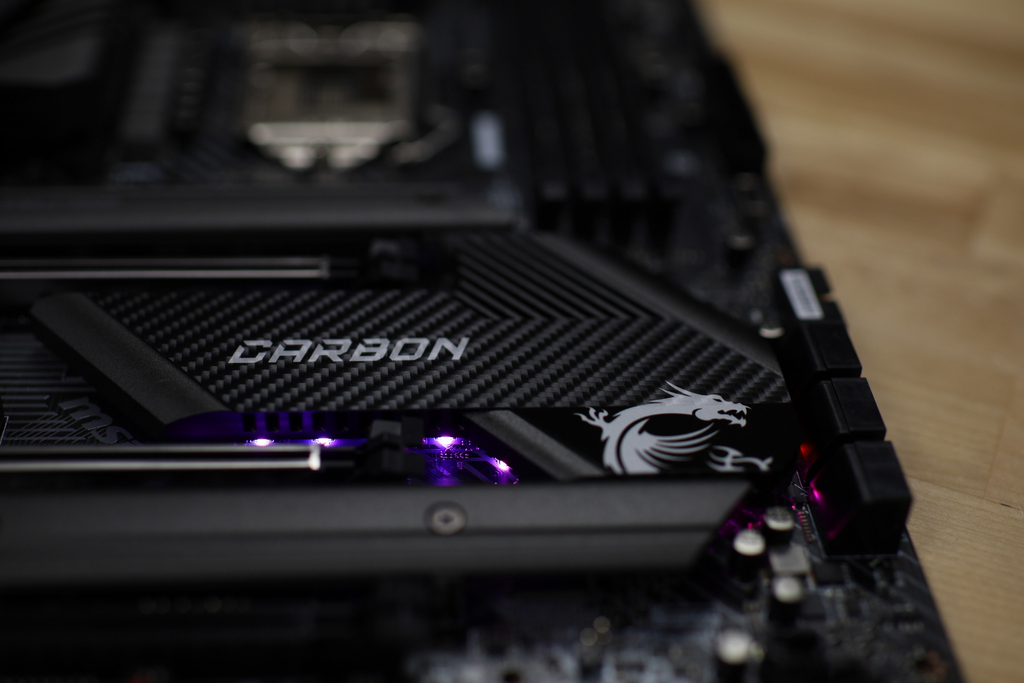 Sources close to us have reported that Intel's next-generation Rocket Lake-S desktop CPUs will be compatible with the upcoming Z490 series of motherboards. But that's not all, there is a list of features that would be added when Rocket Lake-S CPUs land on the Z490 platform which would bring Intel's platform on parity with AMD's AM4 platform.

The Intel 11th Generation Rocket Lake-S Desktop CPU lineup has been confirmed many times in various leaks but as the launch of the Z490 platform closes in, we are getting more info on what to expect from the upcoming family. First of all, the Z490 motherboards have been confirmed to get support for Intel's 10th Generation Desktop CPUs and future processors. We don't know what the future processors refer to but there's no doubt that our sources are talking about Rocket Lake-S over here.

This is interesting as it confirms that Intel would allow their next-generation processors to retain compatibility with the Z490 chipset and LGA 1200 socket motherboards. This could go two ways, either Z490 would remain the exclusive LGA 1200 socket chipset with support for both 2020 CPU families, Comet Lake-S, and Rocket Lake-S or Intel could go a similar route as Coffee Lake. Intel's Coffee Lake and Coffee Lake refresh families launched with their respective Z370 and Z390 boards which featured the same LGA 1151 socket but a different chipset that offered slightly better I/O. 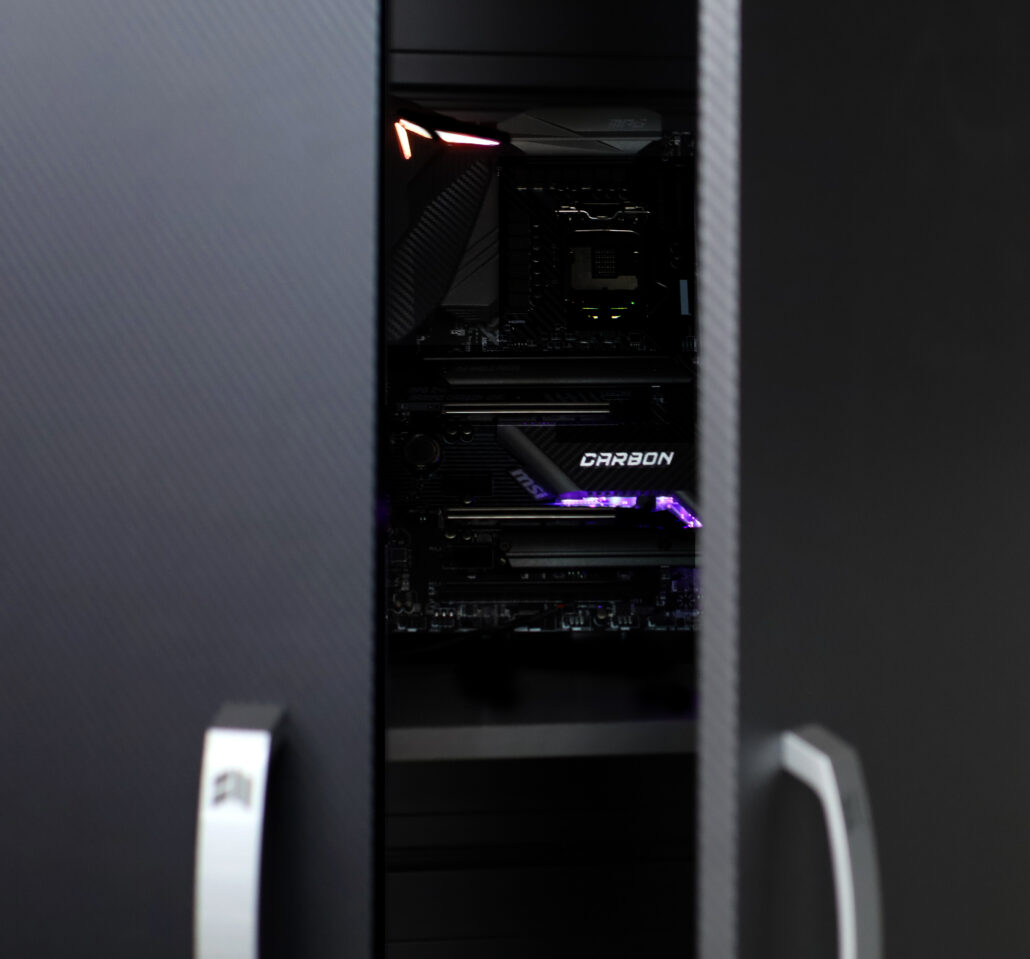 Both CPU families were inter-compatible with Z370 and Z390 motherboards so if Intel plans to do a 500-series (Z590) launch here, they would keep compatibility open for Rocket Lake-S CPUs on Z490 motherboards for users who don't want to upgrade while offering something better (I/O-wise) on a new chipset based lineup.

The other and most important aspect of the Z490 motherboards is that they will all be PCIe Gen 4.0 ready. PCIe Gen 4.0 was a huge feature on the X570 motherboards based on AMD's AM4 socket for Ryzen CPUs. While the hardware-level support is already built into Z490 motherboards, like 3rd Gen Ryzen, it's Rocket Lake-S CPUs which would offer full compatibility for PCIe Gen 4.0 standard. This would bring Intel on parity with AMD's AM4 platform in terms of features.

Z490 motherboards will also feature extra PCB layers to strengthen PCIe Gen 4.0 support. We have been told that BIOS for each specific Z490 motherboard would be released by board makers for Rocket Lake-S and PCIe 4.0 support by the end of 2020. This also confirms the previous rumors that hinted at a late 2020 launch for Rocket Lake-S CPUs so that might end up being the case.

Another good news about the LGA 1200 socket, in general, is that it will retain cooler compatibility from all previous LGA 115* sockets. Noctua confirmed this in its product support list and this is possible since the LGA 1200 socket has the same dimensions as the LGA 1151 socket (37.5mm x 37.5mm). The socket keying has shifted to the left side and Comet Lake is no longer electrically or mechanically compatible with Coffee Lake motherboards. Some details of the new LGA 1200 package and socket for Comet Lake:

Which Noctua CPU coolers are compatible with Intel LGA1200?

The heatsink mounting on Intel's new LGA1200 platform (code name Comet Lake S) is identical to all LGA115x sockets (LGA1150, LGA1151, LGA1155, LGA1156). Therefore, all Noctua CPU coolers that support LGA115x also support LGA1200 and don't require any mountig updates. Many other cooler models that do not support LGA115x can be made compatible free of charge with the NM-i115x Upgrade-Kit. - via Noctua

First of all, the Rocket Lake-S desktop platform is expected to feature support on LGA 1200 socket which will make its debut with Comet Lake-S CPUs although on 400-series motherboards. The new family will be based on an advanced 14nm process node with an architectural backport of either Sunny Cove or Willow Cove cores. This would be a much faster replacement than what we saw when going from Kaby Lake to Coffee Lake back in 2017.

The Coffee Lake lineup, although being supported by the same LGA 1151 socket, was supported exclusively by the Z370 motherboards. Intel suggested that due to a new pin layout on the Coffee Lake processors, the updated motherboards were required although many enthusiasts bypassed this restriction and booted their Coffee Lake CPUs on Z270 motherboards. We may see a similar thing happening with Rocket Lake and LGA 1200 considering the updated microarchitecture and design of the new chips. A recent leak also hinted at SKUs ranging from 35W and all the way up to 125W.

Once again, the reason I think that Rocket Lake is using Willow Cove cores is that Tiger Lake with the same architecture features Xe Gen 12 graphics, while Ice Lake with Sunny Cove cores is using the Gen 11 GPU. It is possible that the cache is different on desktop chips but once again, that remains to be confirmed and until we see more leaks, this is up for debate. The good thing is that Z490 motherboards will be out for a while so that would give board vendors some time to improve optimization and support for next-generation Rocket Lake CPUs.

That's obviously a lot of information that we know for Intel's Rocket Lake desktop family but it will be nice to see how they perform in early benchmarks against the existing 14nm Skylake derivatives which have been available for several years now. The Rocket Lake-S family would directly compete against AMD's Ryzen 4000 'Vermeer' CPUs, which will be featuring the new Zen 3 architecture with major architectural changes so expect a lot of heated CPU wars later this year.