New benchmarks of Intel's 3rd Gen Xeon Platinum 8351N CPU have leaked out which show a huge performance gain over AMD EPYC Rome CPUs when utilizing its AVX-512 instruction set. The Intel Ice Lake-SP Xeon family is scheduled for a formal launch on the 6th of April at the 'How Wonderful Gets Done 2021' event while a sneak peek is expect tomorrow at the 'Intel Unleashed' webcast by CEO, Pat Gelsinger.

Last time, we looked at the benchmarks of the Intel Xeon Platinum 8352S/Y CPUs in both single & dual-socket configurations. The latest benchmarks right now are of a single-socket configured Intel Xeon Platinum 8351N CPU which features 36 cores and 72 threads. The CPU has a base clock of 2.4 GHz and a boost clock of 3.5 GHz. The CPU also carries 54 MB of L3 cache, 45 MB of L2 cache, and a TDP of 225W.

The Xeon Platinum 8351N has more cores/threads and higher clocks compared to the Xeon 8352 CPUs and as such, it should feature much higher performance. The CPU was tested in the SANDRA SiSoftware 2021 benchmark suite within the processor Arithmetic & Multi-Media tests. Do note that the Multi-Media test, in particular, makes use of AVX-512 instructions which the Ice Lake-SP CPUs have to offer so we will be looking at a bigger gain compared to non-AVX-512 chips. So let's take a look at the performance results.

This shows the performance uplift that AVX-512 has to offer but the technology does come at a cost and that's power consumption. With AVX-512, you can expect the chip to end up close to 300 Watts or even exceed that limit which further reduces its efficiency compared to AMD EPYC CPUs. Aside from that, AVX-512 workloads are niche in the server segment, and not all cloud/data center environments make use of the technology. We know that AMD is also planning to use AVX3-512 instructions in its future EPYC Genoa chips but right now, we cannot make a valid comparison of the tech against competing chips.

All we know is that in standard workloads, the Ice Lake-SP CPUs will end up around 10-20% faster than AMD's 2nd Gen EPYC Rome CPUs but AMD has launched its 3rd Gen EPYC Milan CPUs with Zen 3 cores which offer a big improvement over Rome so it will be a hard time for Intel to make Ice Lake-SP competitive against those parts. 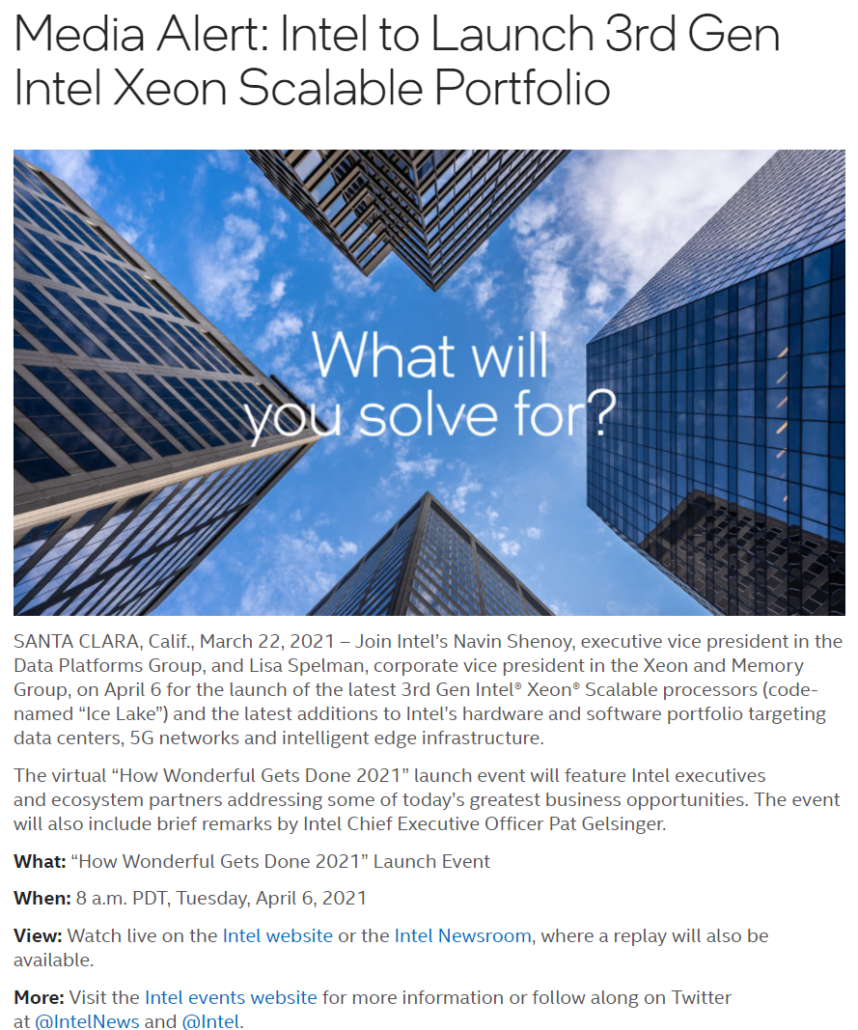 Both AMD EPYC and Intel Xeon 3rd Gen server CPU lineups will be going up against each other soon. AMD has so far been disrupting the server market space and gaining share by offering an insane value with their EPYC CPUs and their efficiency, node, performance, compute advantage within the space has increased by a huge factor in the last couple of years while Intel lacked by relying on the same process and architecture for years. Once again, Intel is expected to unveil its Xeon 3rd Gen Ice Lake-SP on the 6th of April so stay tuned for more information in the coming days.