Intel's 11th Generation, Core i7-1185G7 CPU has officially leaked out in an entry on the 3DMark Time Spy database. The 10nm Tiger Lake CPU is expected to be one of the fastest CPU based on the new Willow Cove core architecture but the benchmarks we are looking at now are from an early engineering sample.

So far, we have seen several Intel Tiger Lake CPUs leak on various benchmarking databases but this is the first time one has appeared with its 11th Generation family branding. Succeeding the Intel Ice Lake 10th Generation family, the Tiger Lake 11th Gen family would feature an enhanced core design powered by the Willow Cove architecture which will be a major redesign of the Sunny Cove architecture that made its debut with Ice Lake.

The new Tiger Lake CPU known as the Intel Core i7-1185G7 replaces the Core i7-1065G7 from last year, offering a quad-core and multi-threaded design. The 4 cores and 8 threads are locked at 3.00 GHz on this particular sample which indicates a design that is still far from retail qualification. The platform on which this CPU was tested featured 16 GB of DDR4 SODIMM, a 128 GB Samsung SSD and since there's no GPU mentioned, the chip was relying on its internal Xe GPU with 96 EUs. The Core i7-1185G7 was tested in 3DMark Time Spy and yielded the following scores. 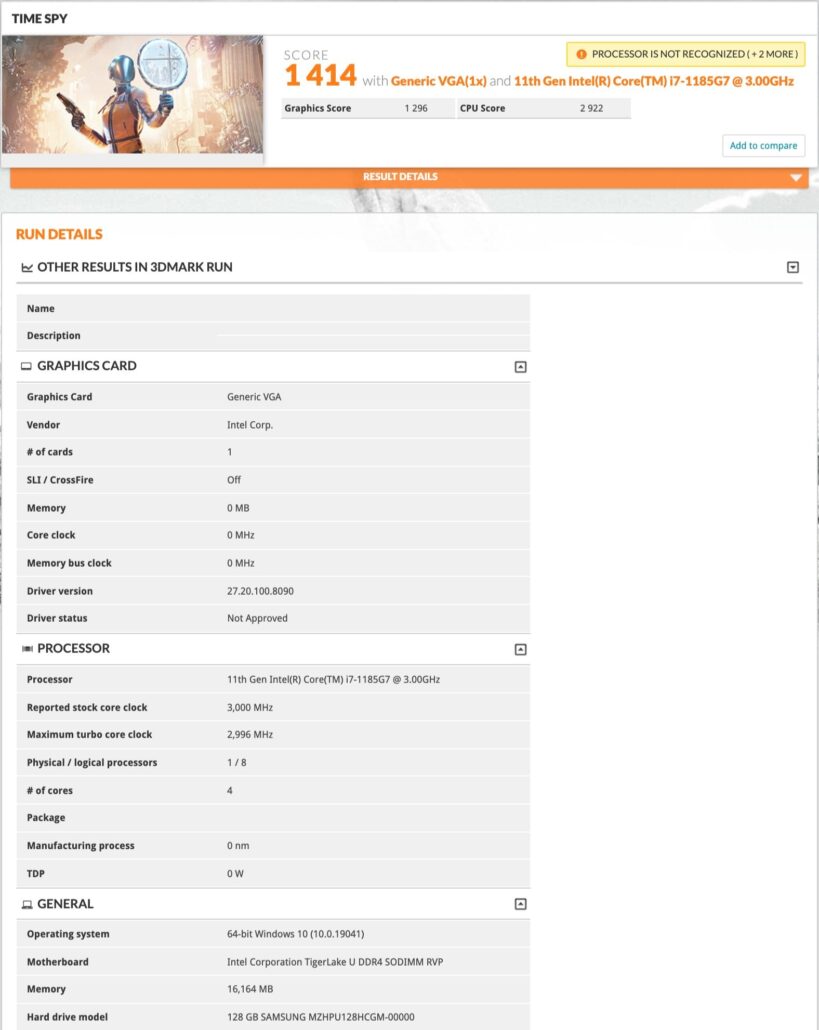 In the graphics benchmark, the chip scored around 1296 points which are around 5-6% faster than the Ryzen 7 4800U scores as per AMD's official claims. The CPU side, however, takes a major hit with a lackluster score of 2922 points only but that is to be expected from a quad-core chip that features a locked 3 GHz frequency. We have seen other samples with much higher frequencies of 4.30 GHz and faster 3DMark Time Spy CPU scores so expect final performance with proper clocks to feature much better compute output.

Following, you can see how the early sample compares to AMD's Ryzen 4000 'Renoir' series chips in the 3DMark Time Spy Graphics performance test:

In addition to the Tiger Lake-U sample, TUM_APISAK also spotted a dual core & multi-threaded Tiger Lake-Y chip which is expected to feature a 4.5-9W TDP. This chip was also an early sample with 1.2 GHz clock speeds locked at both base and boost specs. The chip was running on a platform with 12 GB of LPDDR4x-4266 memory. 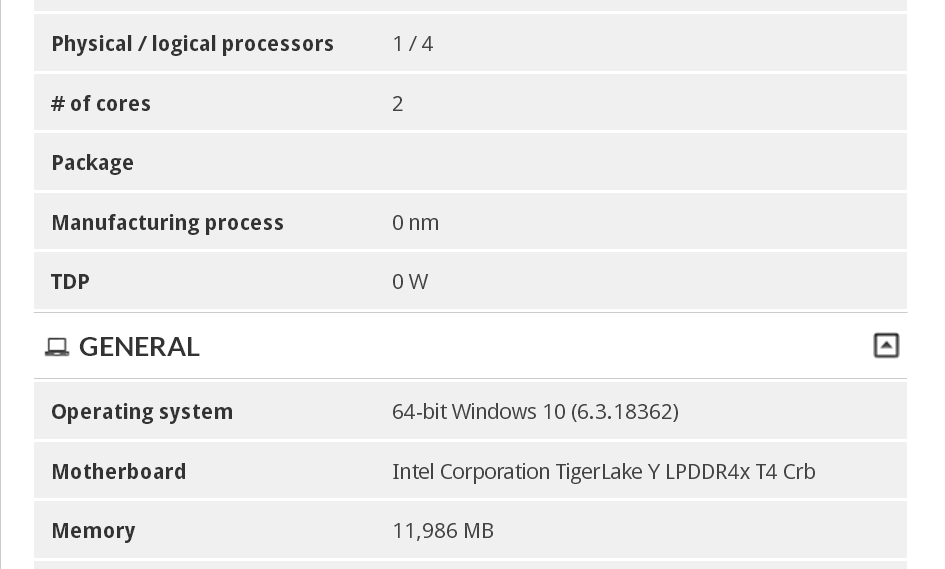 Intel Tiger Lake processors are expected to arrive in 2020 and will feature some new changes to the architecture. First up, they will have the new Willow Cove cores replacing Sunny Cove cores. which are currently featured on Ice Lake processors. Along with the new cores, we will get cache redesigns as stated above, new transistor-level optimizations and enhanced security features. Intel will also be featuring their Xe GPUs on Tiger Lake chips which would deliver a 2x increase in perf over the Gen 11 GPU featured currently on Ice Lake chips.

That and coupled with the Xe GPU architecture, the 10nm+ node should also deliver increased clocks compared to the first iteration of the 10nm+ architecture featured on Ice Lake chips. The 10nm Tiger Lake CPUs would tackle AMD's 7nm Zen 2 based Ryzen 4000 'Renoir' family in the second half of 2020 so it will definitely be interesting to compare both Intel and AMD variants of the Ultra-Low power chips later this year.