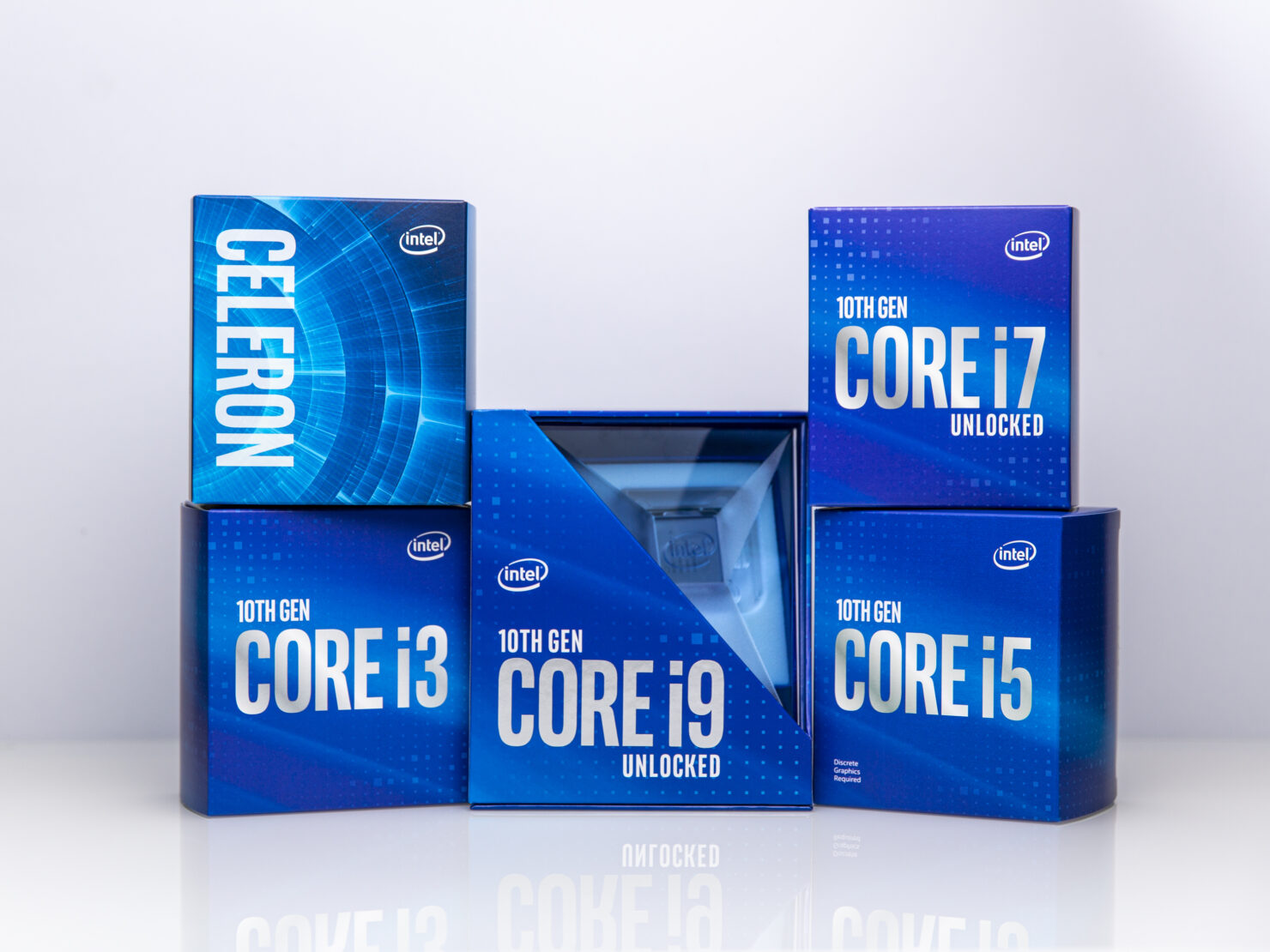 The binning and overclocking statistics for Intel's 10th Generation Unlocked Comet Lake Desktop CPUs have been detailed by MSI. The details were uncovered in a live session which provided with a preview of several MSI Z490 motherboards.

The statistics are based on the batch of 10th Gen Desktop CPUs that MSI had received from Intel. We don't know the exact sample size from which this data was extrapolated by board vendors do get a large batch of close-to-retail ES chips to evaluate the performance of their new products. So considering that MSI is one of Intel's biggest Z490 board partners, the sample size should've been big enough for them to base this information on.

As far as binning is concerned, MSI has three tiers of evaluation for 10th Gen CPUs. These include: 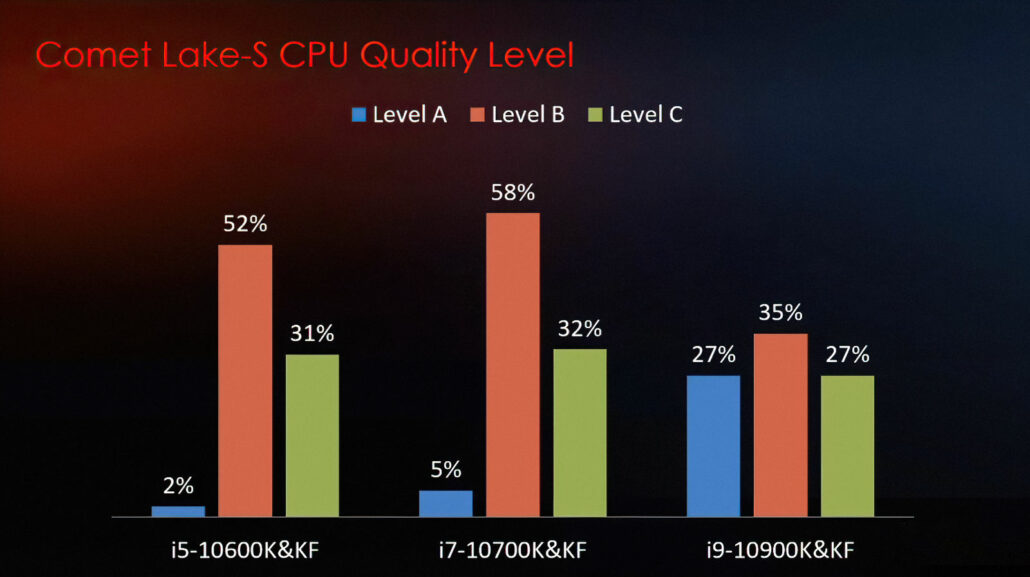 In Intel's own specification slides, they termed the base clock speeds as 'Up To' so this means that the Level C chips may not be able to achieve the rated clock speeds. AMD also had to face serious backlash for its Ryzen 3000 CPUs which couldn't hit the advertised clock speeds at launch but were later improved through several BIOS revisions and OS-based software updates. 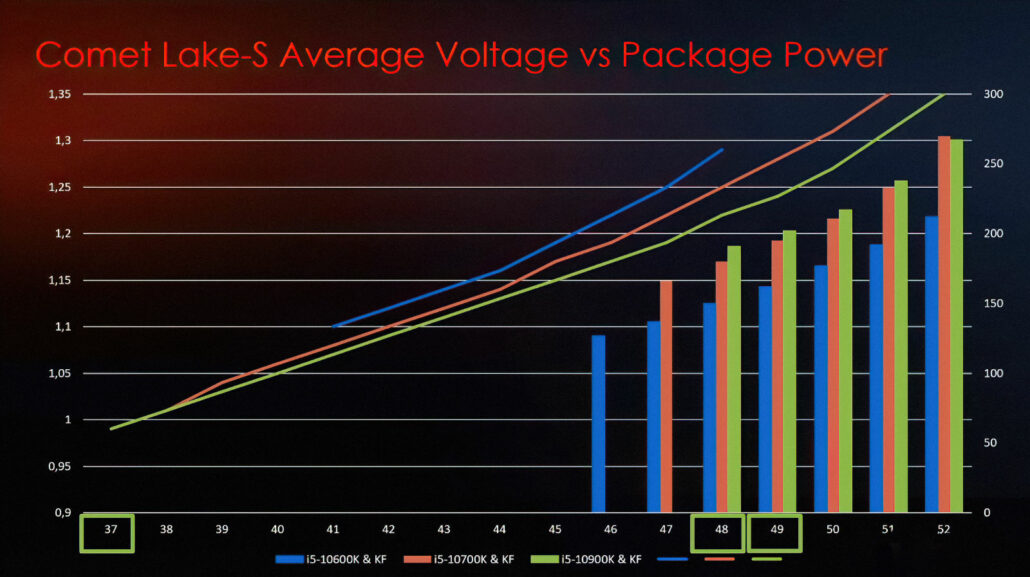 At the same time, the chips do require a lot more power than existing 9th Gen CPUs to reach their Intel spec'd clock speeds. MSI has also shared voltage and power scaling slides which show the 3 unlocked SKUs and their average power consumption and voltage requirement to hit their stock & overclocked clocks. The Intel Core i9-10900K maxes out at 250W with a voltage supply of 1.3V and 5.2 GHz clock speeds. The biggest jump is for the Core i7-10700K which requires a .5V jump to hit 5.2 GHz across all cores, hitting 250W+. The Core i5-10600K hits 5.2 GHz at a much lower 1.225V but once again, the samples that can hit those speeds are very low to begin with. 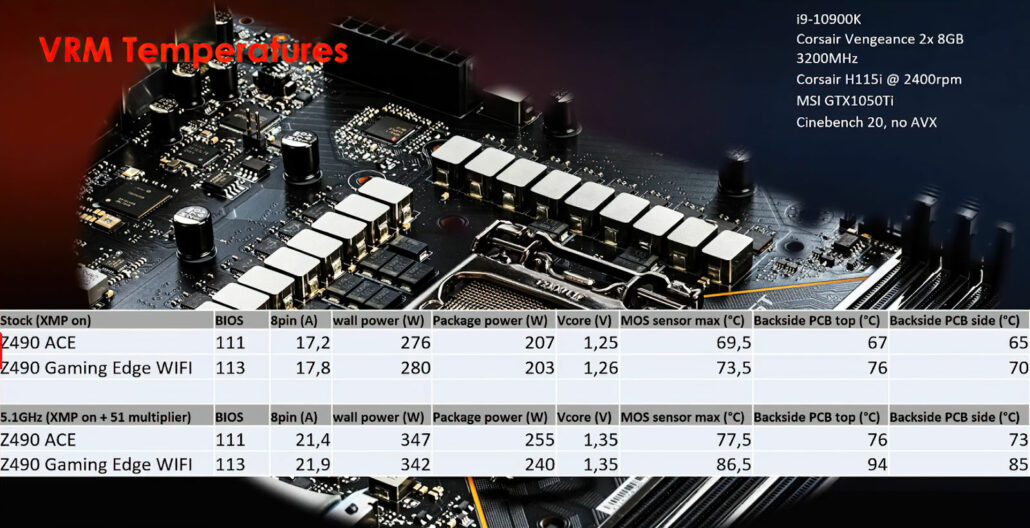 When overclocked to 5.1 GHz, the motherboards reported a package power draw of 255W & 240W, respectively. The ACE MOS sensor temperature was reported at 77.5C while the Gaming Edge WiFi MOS sensor temperature was reported at 86.5C. The wall power for the entire system was higher since it measures the draw for the entire system and not just the CPU. We will definitely be looking at the temperatures and power scaling in detail in our own review on several Z490 motherboards at launch on 20th May.