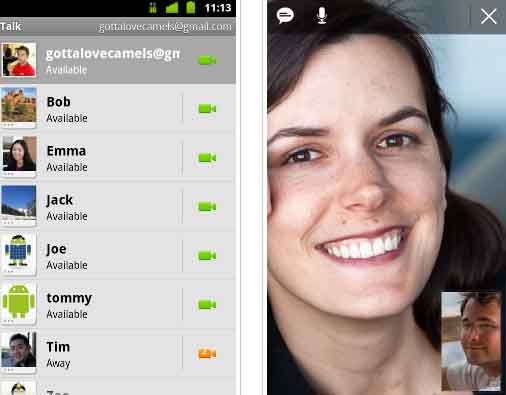 You recently read about the 2.3.4 announcement from Google for the Nexus S that would bring the much coveted GTalk with video support. Currently only Nexus S is supported and that too only through an official update. Not for long though. The fine people at XDA have managed to create a flashable zip of the new GTalk app that can be installed easily through clockwork recovery.

While the thread on XDA originally is in the Evo 4G forums, there is no reason to believe it wont work on any other Android phone. Just remember to make a backup!