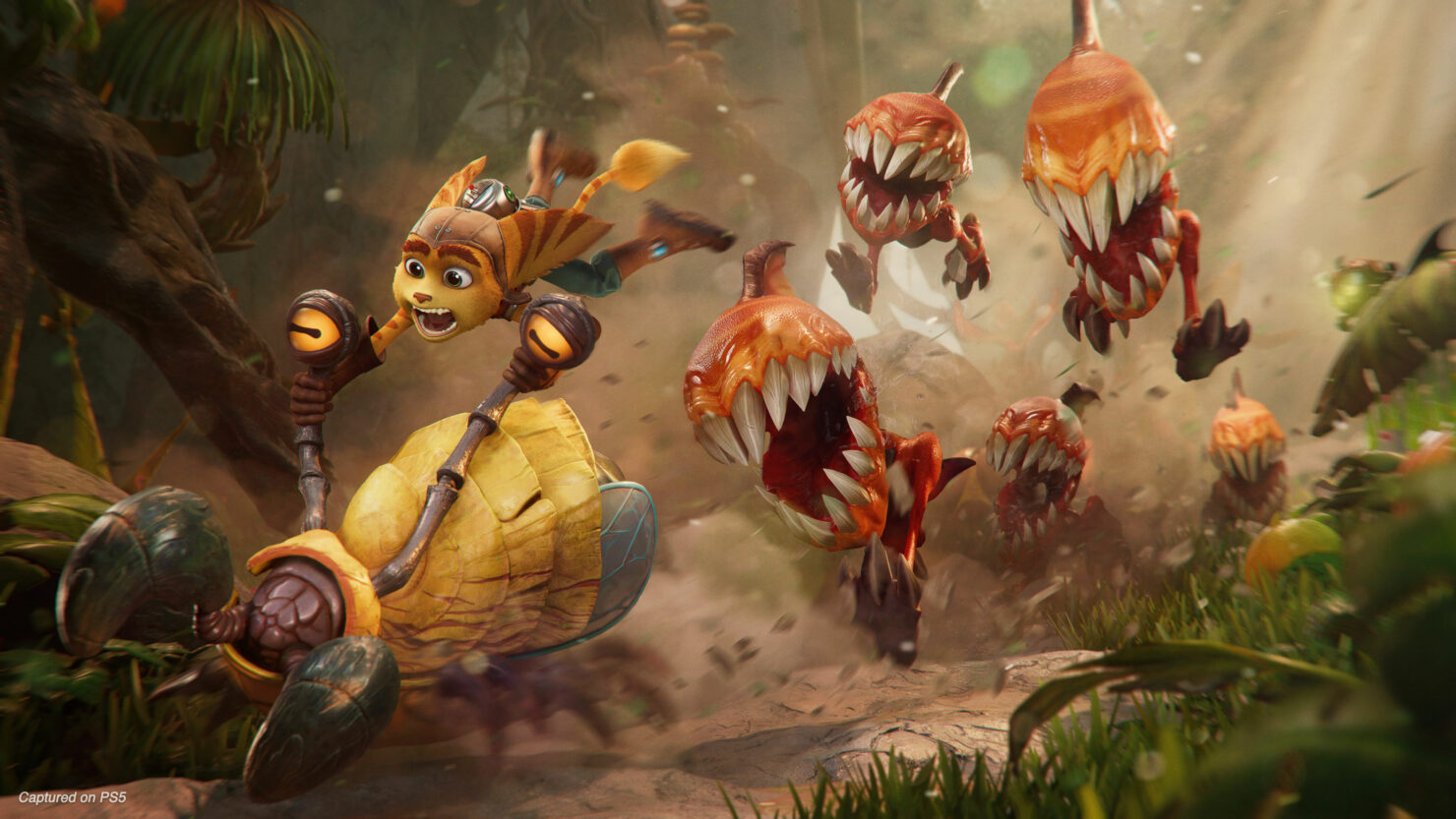 Insomniac had two great showcases during the PS5 reveal event that took place earlier this month: Marvel's Spider-Man: Miles Morales (a launch title for the platform, said to be similar in scope to Uncharted: The Lost Legacy) and Ratchet & Clank: Rift Apart.

Today, Sony shared a new developer video where Insomniac Creative Director Marcus Smith, who's working on the latter game, explained how the PS5 hardware helped with the design of this new Ratchet & Clank installment.

Ratchet & Clank is a series that prides itself on exploration of exotic worlds and bringing you to places you've never been before, and that's something that we're really striving for and that PS5 has really allowed with just increased horsepower. The number of objects in the world and the things to explore, the enemies around, the effects, everything is more, more, more.

This is what we're trying to do, build worlds that feel real and are bringing you in. You're exploring these brand new spaces. This is something that we never could have done on previous generations.

Ratchet & Clank: Rift Apart is a game that utilizes dimensions and dimensional rifts. That would not have been possible without the solid-state drive of the PlayStation 5. The SSD is screamingly fast. It allows us to build worlds and project players from one place to another in near instantaneous speeds. It is an unbelievable game-changer in terms of we can now do gameplay where you're in one world and the next moment you're in another.

We're loading up levels and that happens so quickly and in the action that you don't even imagine that this is something we couldn't do before, because it feels so natural. Long gone are loading screens. Now it's all about bringing exciting new adventures.

Smith also went on to detail how the PS5 controller and its 'Tempest' audio engine will augment the sensorial experience for players.

The DualSense controller of the PS5 is tailor-made for Ratchet & Clank weaponry. The amount of tactile feedback that you get using our weapons makes them feel way more powerful and also lets you know how the weapon is behaving. One of the examples is our Enforcer weapon, it's like a double-barreled shotgun and it uses the adaptive triggers to give you tension. As you're moving your finger down halfway, you can fire one barrel. If you pull it all the way down, you can fire both barrels. But all along the way, you can feel the difference between the tension tightening up, and it just makes all of our weapons much more immersive and powerful feeling.

Another thing we can't wait for you to experience is 3D spatial audio. This really is a fundamental difference between listening to a television set and going out into the middle of the forest. It brings you into these worlds in a way that we've never been able to do before.

Ratchet & Clank: Rift Apart doesn't have a release date yet, but we'll let you know as soon as we get any official news, or credible leaks and rumors.