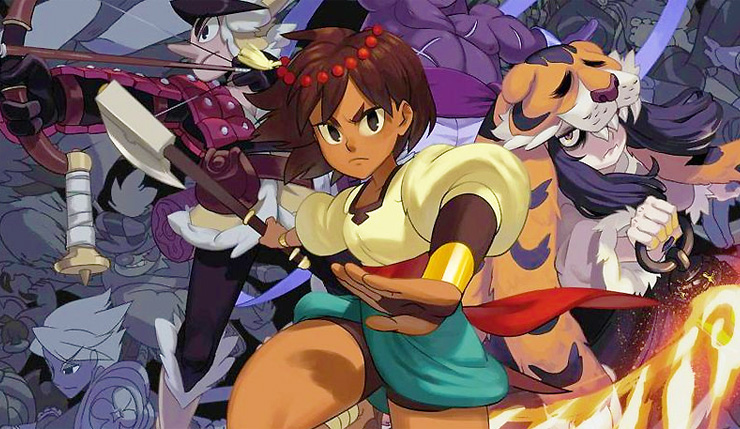 If Indivisible isn’t on your radar, well, you need to change that. Developed by Skullgirls creators Lab Zero, Indivisible is an action-RPG that combines elements of Metroid and classic JRPGs like Valkyrie Profile. The game raised over $2 million in crowdfunding, and Lab Zero appears to be putting all that money to good use, as the game looks absolutely gorgeous. Scroll on down for a new trailer, which showcases the game’s diverse array of worlds.

Damn, those animations are buttery smooth, and the game is looking fairly ambitious in terms of scope. The platforming also looks pretty solid – let’s just hope the battle system is up to par. Those who backed Indivisible on Indiegogo can now try out a new beta/demo. Here’s what it includes:

Backers will be treated to new and improved battle mechanics, enemies and quests while being introduced to three new playable characters -- plant-summoner Nuna, the gun-slinging Latigo, and boisterous pirate queen Baozhai. The new beta demo will also provide backers with a unique opportunity to battle a newly-created “hybrid boss,” Pindayar. A first for the genre, “hybrid bosses” switch seamlessly between strategic RPG battles and action-packed platforming.

Haven’t been keeping up with Indivisible? That’s okay, here’s a quick official rundown:

Indivisible spans a fantasy world inspired by various cultures and mythologies. A classically-influenced RPG/platformer hybrid, Indivisible tells the tale of Ajna, a good-natured tomboy with a rebellious streak. Her life is thrown into chaos when her town is attacked, awakening a mysterious power in her – the ability to absorb certain individuals into her being. She embarks on a quest to confront the warlord who destroyed her home, uniting people from faraway lands along the way, and discovering new aspects of herself and her world in the process.