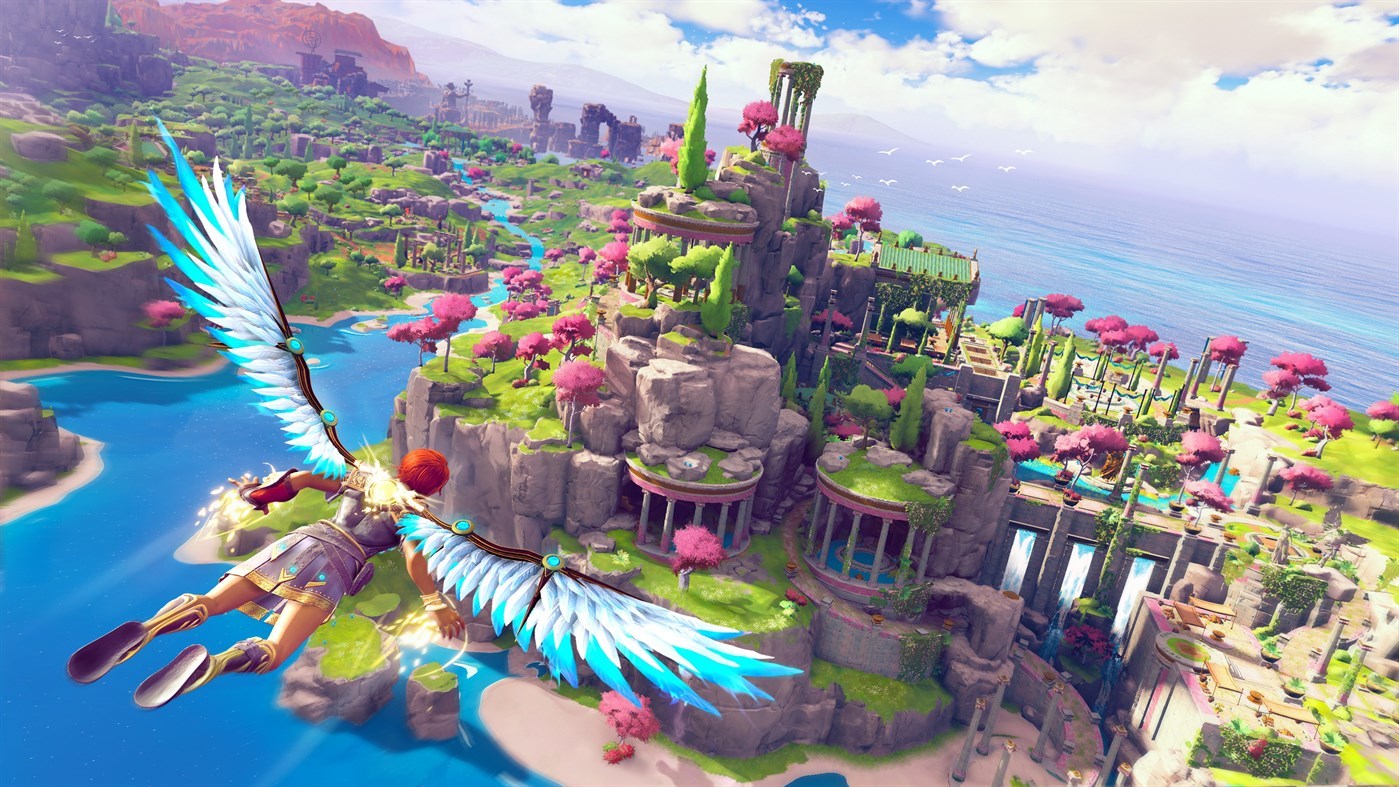 As covered earlier this week, Ubisoft seemingly changed the title of its upcoming open-world action/adventure title. Based on the wording of Ubisoft’s CEO, Yves Guillemot, the game is now targeting a release somewhere between January and March 2021. A new Ubisoft game wouldn’t be a Ubisoft title without some excessive leaks, and the Microsoft Store might very well have leaked the game’s release date – surprise, it might still be arriving this year.

December 3rd will be the date that Immortals Fenyx Rising is releasing, according to the Xbox Store. The title will leverage Microsoft’s Smart Delivery tech, which allows players to play the game on either the Xbox One or Xbox Series X without having to make an additional purchase.

Aside from a release date, the Xbox Store also included a set of great-looking screenshots of upcoming open-world action/adventure. We’ve included these down below alongside the game’s official description.

Pre-order now for the bonus quest, A Tale of Fire and Lightning!

Immortals Fenyx Rising™ brings grand mythological adventure to life. Play as Fenyx, a new, winged demigod, on a quest to save the Greek gods. The fate of the world is at stake – you are the gods’ last hope.

- Wield the powers of the gods like Achilles' sword and Daidalos' wings to battle powerful enemies and solve ancient puzzles.

- Fight iconic mythological beasts like Cyclops and Medusa in dynamic combat in the air and on the ground.

- Use your skills and diverse weapons, including self-guided arrows, telekinesis, and more, for devastating damage.

- Discover a stylized open world across seven unique regions, each inspired by the gods.

Based on the Xbox Store listing, Immortals Fenyx Rising is weighing in at roughly 30GB on Xbox. We’ll update as soon as we learn more about this great-looking title.