iFixit Calls the Latest Mac Pro ‘a Well Put Together, and a Masterclass in Repairability’ in Latest Teardown 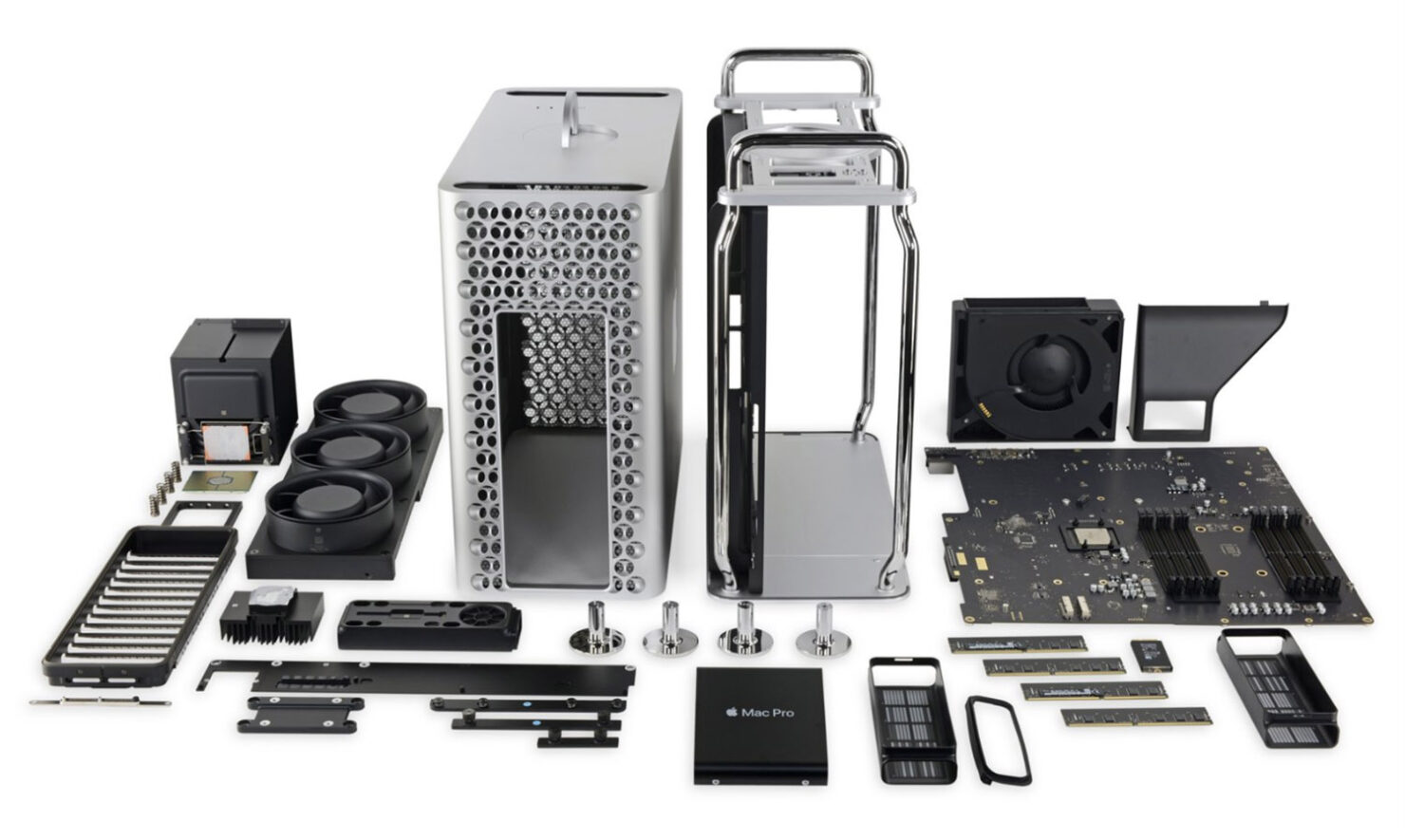 With the Mac Pro officially available to purchase, it didn’t take long for iFixit to come up with its own thoughts, as well as provide a comprehensive teardown of Apple’s most powerful workstation to date. The team over at iFixit didn’t go all out with the most expensive configuration and to be honest, they would have no reason to. They just wanted to educate the masses on how Apple’s engineers were able to craft a machine that’s able to keep all these powerful components running in a rather compact chassis. That being said here’s a closer look at the Mac Pro teardown.

iFixit Says the Mac Pro Teardown Was Simple, With RAM and Storage Easily Upgradeable, Along With the CPU

Before this comprehensive Mac Pro teardown took place, iFixit provided an initial first look at the machine and also attempted to grate cheese on it too, with some mild success. Very surprisingly, the Mac Pro goes against Apple’s approach as the company provides access to users when it comes to modularity, upgrades, and repair. According to iFixit, the opening procedure wasn’t just simple, but basic upgrades and repairs can be done in no time at all. 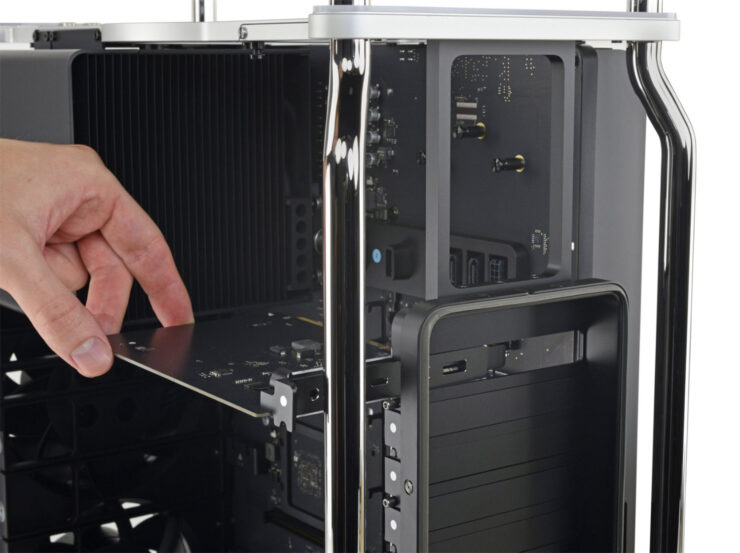 Since major components use an industry-standard socket and interface, it is very easy to upgrade the Mac Pro down the road if you feel that the current configuration is becoming a bottleneck in your workflow. Many of the components can be replaced without requiring tools and if there is a need for a tool, a Philips screwdriver will take care of things. Additionally, the CPU might be difficult to take out, but with a little bit of luck, you can replace this part too.

“The new Mac Pro is a Fixmas miracle: beautiful, amazingly well put together, and a masterclass in repairability.” 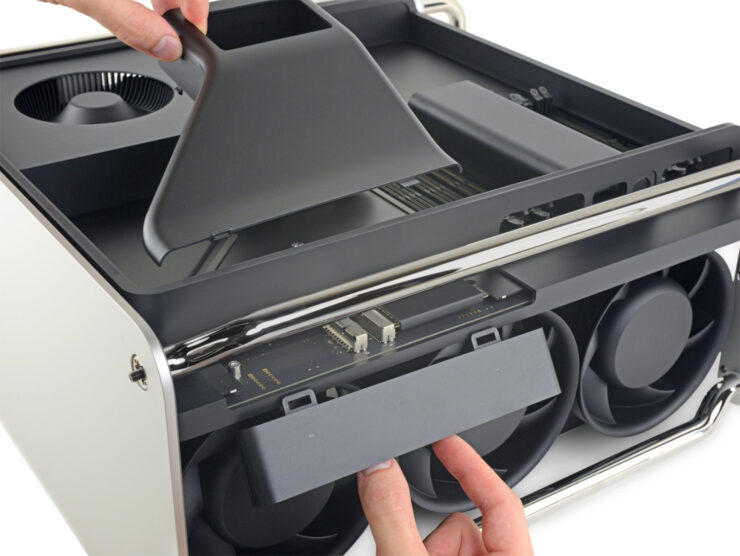 Unfortunately, while the SSD is removable, it is tied to Apple’s T2 security chip, and therefore, it is not user-replaceable. Thankfully, with the plethora of PCIe slots available, there are other ways of adding storage to the Mac Pro. iFixit has also provided its final thoughts concerning the Mac Pro teardown and if you feel you want to have a closer inspection as to how these guys took apart the machine, be sure to check out the complete process by clicking on the source link below.

The opening procedure couldn’t be easier.

Basic repairs and upgrades can be performed with standard tools or even no tools at all.

Major components are highly modular and use industry-standard sockets and interfaces, making replacements and upgrades a snap.

Apple provides some step numbers and diagrams right on the device, and publishes free repair manuals for some repairs to help you get it right.

The SSD cards are modular, but custom-made by Apple, complicating replacement.

If you need a replacement part that’s not on Apple’s limited list of approved repairs, you’ll likely pay a dizzying price—if you can find them at all.”