At this years IDF Event at Chinese capital Beijing, CPU giant Intel displayed various new slides of their upcoming 3rd Generation Core processors family codenamed "Ivy Bridge" which according to the Tick-Tock model is lablled as a Tick+. 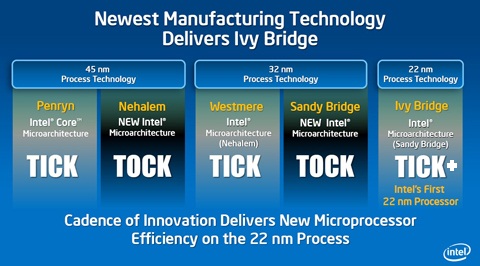 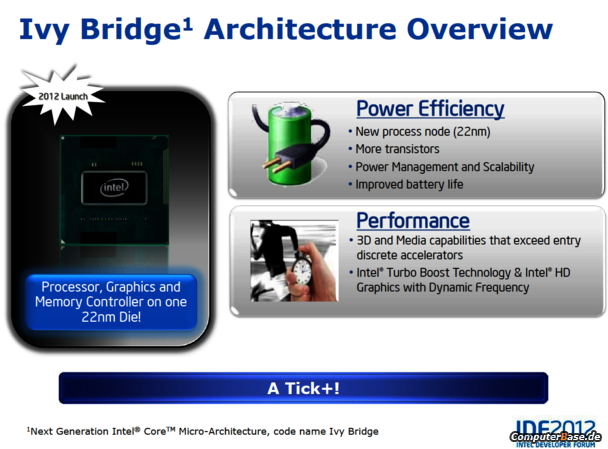 Ivy Bridge is built on a 22nm Tri-Gate Fabrication process which allows for increase in IPC (Instructions Per Clock), Enhanced new ISA instruction set and an overall 10-15% increase over the 32nm Sandy Bridge processors in computing performance.

Other than the computing improvements, A vast sum of tweaks were given to the GPU side. The Intel HD 2500 and HD 4000 IGP's which would be used in the Ivy Bridge processors offer double the graphics performance increase over the HD 3000 GPU found on Sandy Bridge. There's an improved memory controller located on the new CPU's too and the use of shared LLC cache. 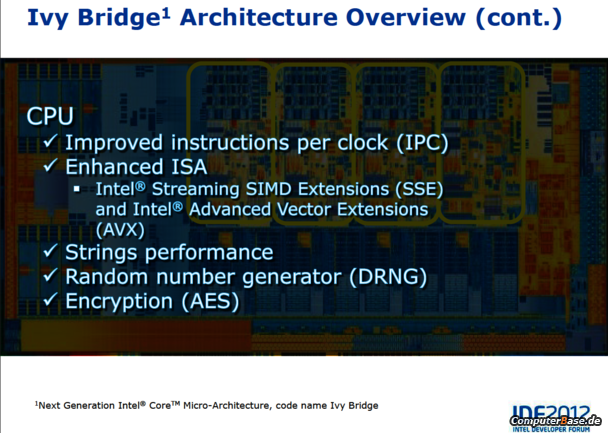 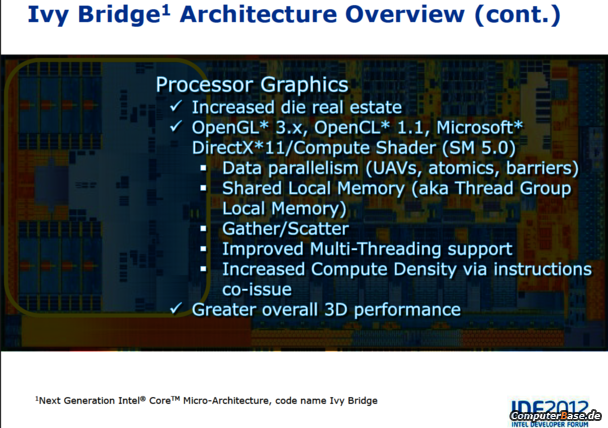 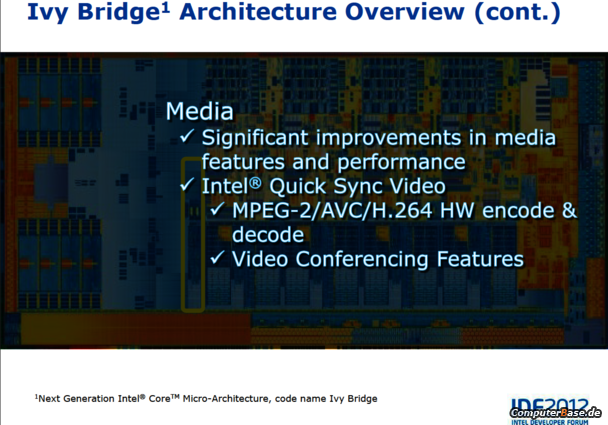 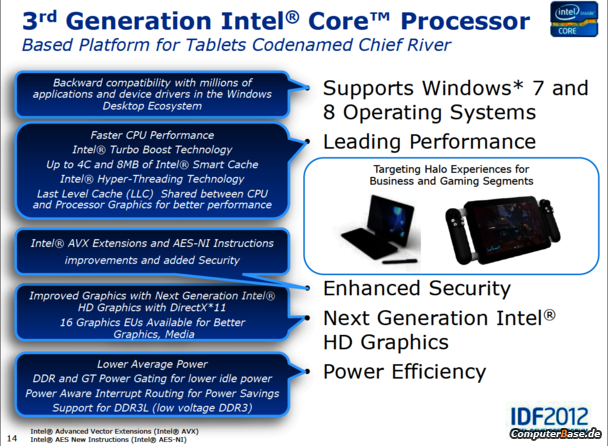