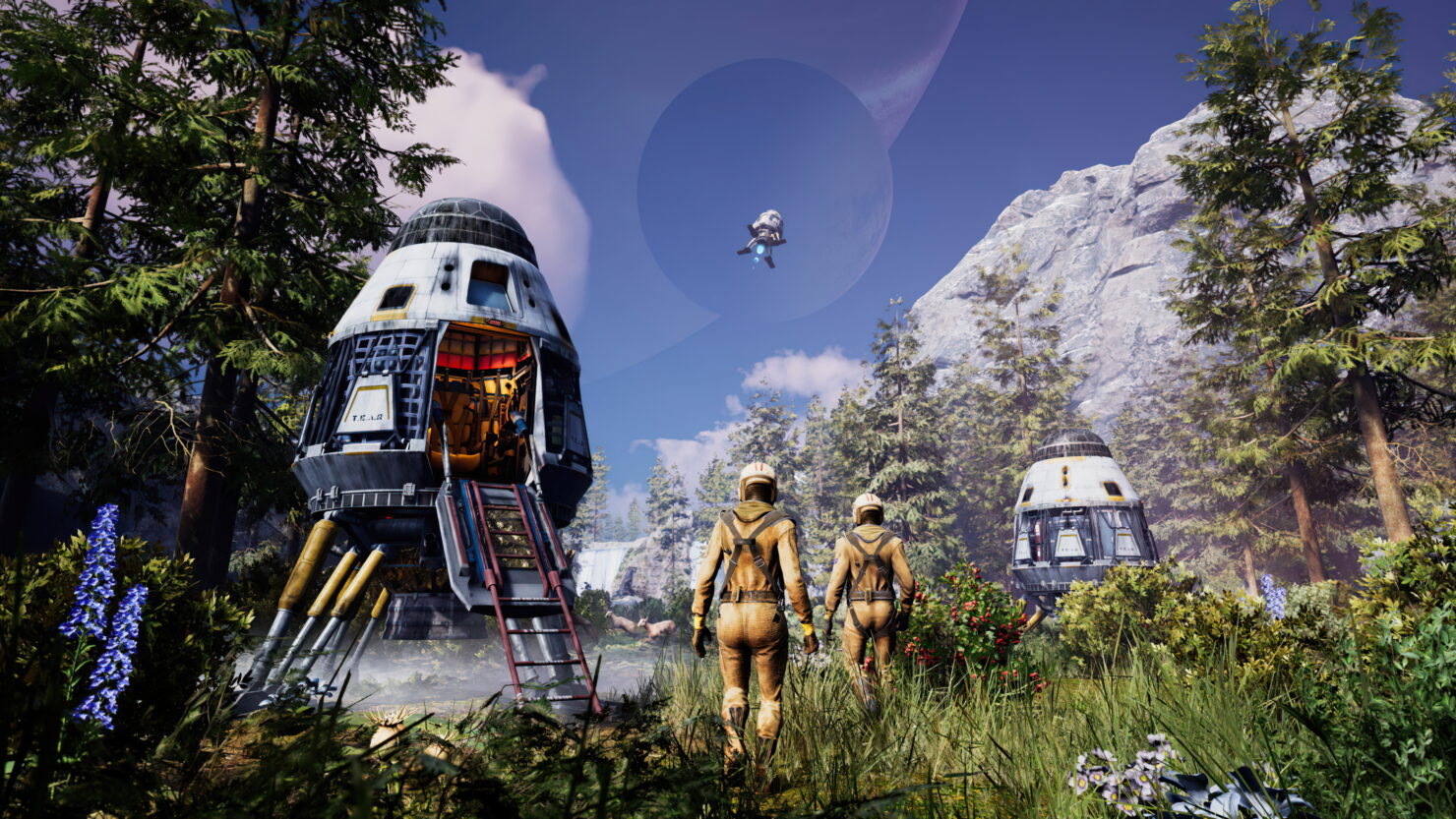 Ahead of the launch, the developers have also detailed the game's RTXGI implementation. Icarus will be the first title to implement a new feature called Infinite Scrolling Volumes, where ray tracing continuously updates the lighting volume around the player character.

RTX Global Illumination (RTXGI) creates dynamic, realistic rendering for games by computing diffuse lighting with ray tracing. It more realistically models how light is bounced off of surfaces (indirect light) rather than being limited to just the light that hits a surface directly from a light source (direct light). This provides infinite bounce lighting and soft shadow occlusion, showing how light and colors bounce off nearby surfaces.

What this means for Icarus is you’ll be able to see more detail in the undergrowth shaded by trees, better lighting in caves, forest fires that reflect off soon-to-be-burnt cabins, beautiful dropship takeoffs and more detail at nighttime. Shadows will have more detail in them and fewer dark patches. The lighting will change as bases are built or trees are chopped.

In the past, Global Illumination has typically been used in static or indoor scenes. An open-world like Icarus is different.

Previously most Global Illumination has been baked or precomputed and stored in light maps or irradiance probes for a fixed level or room. Icarus, however, features large outdoor environments that can even change as a forest is chopped down or a base built. Icarus uses a new RTXGI feature called Infinite Scrolling Volumes, which uses ray tracing to constantly update the Global Illumination lighting volume around the player as they move through Icarus’ world. This effectively provides an “infinite” volume of global illumination for the player without needing a huge amount of memory to store an infinite number of lighting probes.

Icarus will be the first published game to use NVIDIA’s RTXGI Infinite Scrolling Volumes.

NVIDIA provided a taste of this new technology by posting a video showcase yesterday; check it out below. Icarus also supports NVIDIA DLSS, which will likely be needed to achieve smooth performance when ray tracing is enabled. Even if you don't own a GeForce RTX graphics card, you could still take advantage of those features via GeForce NOW (provided you're a subscriber with access to RTX remote hardware).