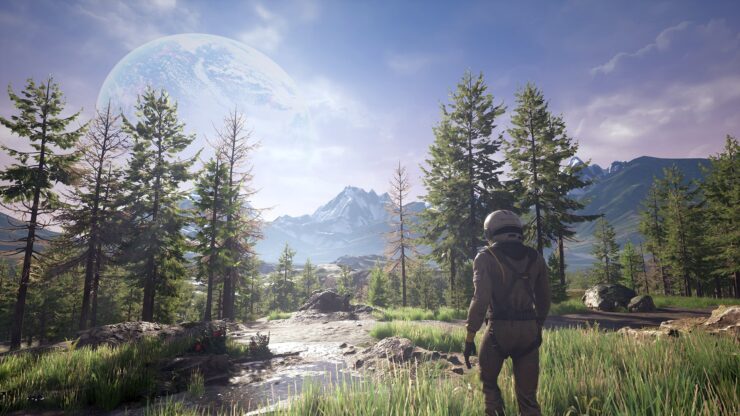 Nine months after the original announcement, we finally got to see a brief gameplay video of Icarus, the next survival game coming from DayZ creator Dean Hall and his fellow developers at RocketWerkz.

The footage was posted yesterday by PC Gamer, which got to play about an hour of the title. You can read their first impressions here.

Icarus will feature a session-based cooperative experience (also playable in solo, for those who prefer the lonely approach) where up to eight players can play as fellow prospectors determined to explore this inhospitable planet in limited-time missions. These can range anywhere from hours to weeks and when the time expires, if you're not on the dropship that's going back into orbit, your character is lost.

There'll be a big gameplay unveiling on Twitch next Thursday at 5 PM Pacific Time.

Confront and conquer a brutal PvE world determined to wear you down or tear you apart.

From toxic atmosphere to savage wildlife and game-altering weather events, Icarus is a planet with a temper. Preparation and planning are everything, whether it’s to find a source of oxygen, stalk your next meal or stock supplies for a long journey into the wilderness.

Immerse yourself in a deceptively familiar, yet alien, world.

The First Cohort of prospectors has been granted initial mining licenses for over 64 square kilometers of hand-crafted terrain full of hidden corners and resources to mine and diverse biomes to explore. Use the resources around you to survive - every single tree is harvestable, every rock can be voxel mined.

Use the planet’s resources to craft tools, structures and machinery to protect yourself and aid your mission. Then return to orbit with rare exotic materials that you can engineer into advanced tech. Choose which tech to take on your next drop so you can complete missions faster, travel further, automate production or improve your odds of survival.

Your time on Icarus is limited, so always watch the clock and use every second wisely.

The orbital space station waits for no one. If you fail to return to your dropship in time, there is no rescue. Your character’s progression and tech is lost to planet Icarus. Every drop has a clear goal and time limit, but how you overcome its challenges... is up to you.

DayZ Creator: Early Access Ain’t All It’s Cracked Up To Be; There’s No Money in Virtual Reality