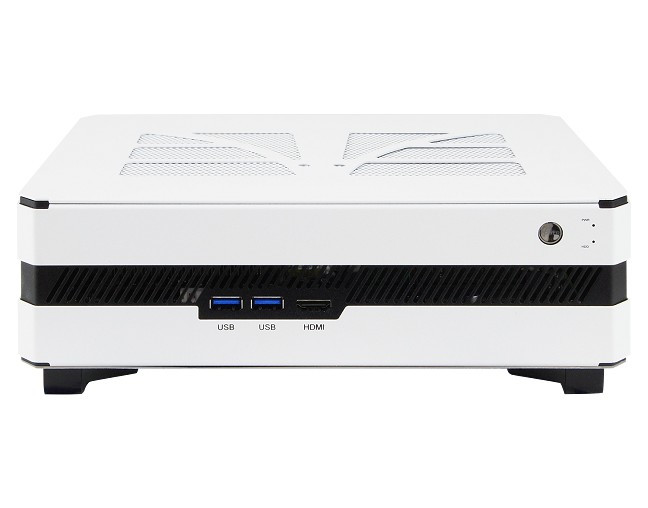 The SI-614 digital signage player is designed for digital signage applications within the hospitality, retail and education sectors to empower the establishments to connect and communicate with their guests, customers and audience, reliably delivering high-quality live video and digital signage content. The standard SI-614 signage player is powered by a 7th Gen Intel Core i5-7500 processor with an NVIDIA MXM NV1050 graphics card integrated with 4GB GDDR5 128bit memory, 16GB DDR4 memory and a 128GB 2.5-inch SSD storage device.

"With IBASE's SI-614, users have the option to choose the type of NVIDIA GeForce GTX 10 Series graphics cards to enable flexible deployments based on their specific requirements, including the GTX 1080 8GD5x, GRX 1070 8GD5, GTX 1060 6GD5, GTX 1050TI-LN 4GD5, GTX 1050-LN 4GD5, and GT1030 2GD5. The SI-614 has four DisplayPort video output connectors to support four independent displays - four displays with each supporting 4K @60Hz, or just one display with 8K@60 resolution. Another display option is to have four displays with 2x2 VW setting or just one single display with 8K super-high-definition image/video (based on GTX 1080 8GD5x),"

The SI-614 has dimensions of 256mm(W) x 160mm (D) x 69mm(H) and can be installed with the standard system bracket. The model SI-614M comes with a system motherboard and 270W power adaptor but without processor and graphics card.

Unfortunately, pricing was not announced, though they should be available soon.