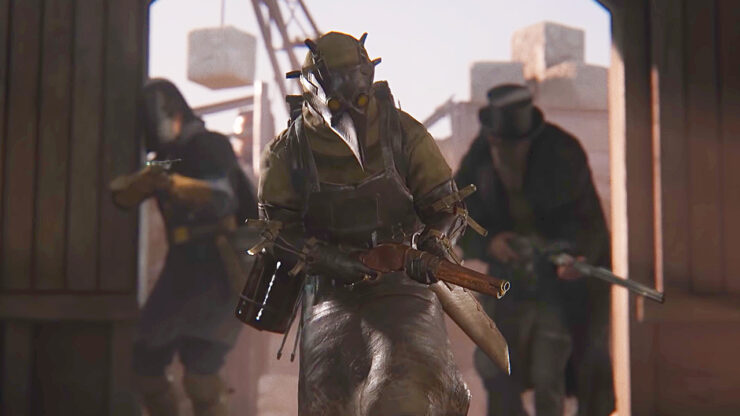 It hit test servers earlier this month, but now Hunt: Showdown’s big new DeSalle map is available to all PC players! The DeSalle map is a pretty big shakeup for Hunt: Showdown as it features a lot more buildings and structures than past maps, providing more verticality and opportunities for strategy. Trainyards, a drydock, a plantation, an entire Wild-West-town – the map offers up 16 unique points of interest to explore and fight it out in. You can check out a launch trailer for the DeSalle map, below.

Here’s a bit more information on DeSalle, including a list of all its notable locations…

So, what awaits you in DeSalle? DeSalle is designed to bring you a wide range of new gameplay possibilities and experiences. It brings a new foreboding autumnal theme to the bayou and 16 distinct new areas, bringing together two sprawling urban towns, plus industrial and farmyard areas.

Here's a list of notable locations and their names in DeSalle:

The DeSalle map is part of Hunt: Showdown update 1.6, which also includes the following features (check out the full patch notes here).

Since our recent updates to the match making system (Update 1.5.2) we realized that there was a gap in how the game communicated player ratings. To address this, we have added some new features to the lobby that will display the details of the MMR (matchmaking rating) tied to you and your group.

Hunt: Showdown is available for PC, Xbox One, and PS4, and playable via backward compatibility on Xbox Series X/S and PS5. The DeSalle map is out now on PC and will launch on consoles in early August.