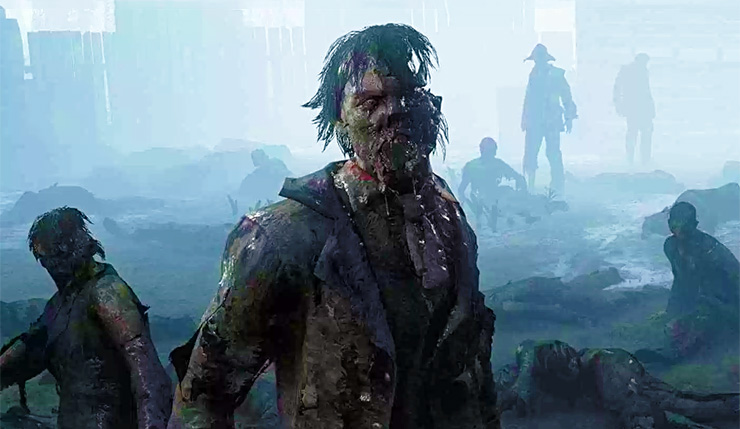 Hunt: Showdown, which has been available to play via Steam Early Access since February, is finally getting its first big update. Players will be getting plenty of new content, including 5 new sniper rifles, 11 outfits, and 12 additional Traits, as well as some very-welcome balance changes designed to discourage camping. In order to win in Hunt: Showdown, you have to banish your target to hell, collect the bounty, then escape the map, but many players opt to lay in wait, steal the bounty, and win without doing any of the sweaty boss-slaying work. It’s a problem, but the new update incentivizes not taking the lazy route by giving those who banish the boss a health restore and a special post-match points bonus. Will it work? It remains to be seen.

Here are some of the highlights of Hunt: Showdown Content Patch 1:

Changes to banishing and PvE rewards should increase the incentive to take on the bosses instead of camping while somebody else does the dirty work. A completed banishing will now fully restore your health, and give your Hunter additional health chunks (if your Hunter has room on their health bar). Additionally, killing, banishing, and extracting with at least one bounty token from a target now provides a post-mission bonus of 25 bounty, called Clean Sweep.

We have improved the Bloodline screen to better see your overall progress and how much you need to play for the next rank-up, where the Tier gates for unlocking new types of recruits are, recent and upcoming equipment unlocks, and a summary of your last match and its highlights. We have also made it easier to understand when you have unspent points or new gear to check out.

AI will now spawn randomly and much closer around clue positions to provide an additional challenge when tracking clues.

Developer note: AI may spawn around the clue locations, and the combinations of AI will be randomized. It's also possible for audio traps such as raven flocks to spawn nearby in some cases.

Hunters will now take damage when jumping/falling from high walls, ledges, and rooftops. Hunters will take fatal damage when falling too far (for example, from church towers or high roofs).

Weapons are now categorized as large, medium, or small and have been redistributed across these three categories. By default, Hunters only have one large and one small weapon slot. If a Hunter equips a medium weapon in their first slot, the second slot will upgrade from small to medium.

Compound layouts have been changed to make boss arenas harder to successfully camp and provide more defensive options for players who take out a target. Some spawn areas have also been adjusted to provide cover and reduce your chances of being seen at the mission start.

Developer note: We focused our efforts on several areas including changes to problematic or unbalanced locations with a specific focus on reducing camping and providing more cover and opportunity for players who engage boss targets. We will continue to monitor feedback and make adjustments in the future.

With this update we are adding three sniper scope attachments across five sniper rifle variants of existing weapons, as well as two consumables, and one tool:

With this update, we are also adding 12 Traits:

We are adding a tier-based PvP kill reward system in order to discourage hunting new players (white shirts) and instead focus on veteran players. Hunters will now get:

We have received a number of reports stating that after completing a mission rewards were not granted. With this feedback, we have implemented some refactoring of how rewards are being processed between the game servers and the backend. With these changes we should see some significant improvements with this issue. The game servers are now more frequently synchronizing the current game state and not just at the end of the match. With this change, we have also made sure that in instances where the game server does crash, you will be granted partial awards (all rewards that are currently synchronized before the server crash (client crashes are handled differently)). We will continue to monitor this to ensure that these changes have resolved the issues that were reported.

If you need to know about every minor balance tweak and bug fix, you can check out the complete patch notes here.

For those who haven’t been following along, Hunt: Showdown is a multiplayer horror experience from former Crysis developer Crytek, in which teams compete to hunt down monsters in the swamps of Louisiana. Of course, you can also choose to hunt your fellow players if you don’t care for the competition. Who’s more dangerous? The mindless monstrosities or your scheming fellow hunters? Hunt: Showdown’s mix of PvE and PvP is certainly intriguing.

Crytek will be testing Hunt: Showdown on PC throughout 2018. A final release has yet to be set.