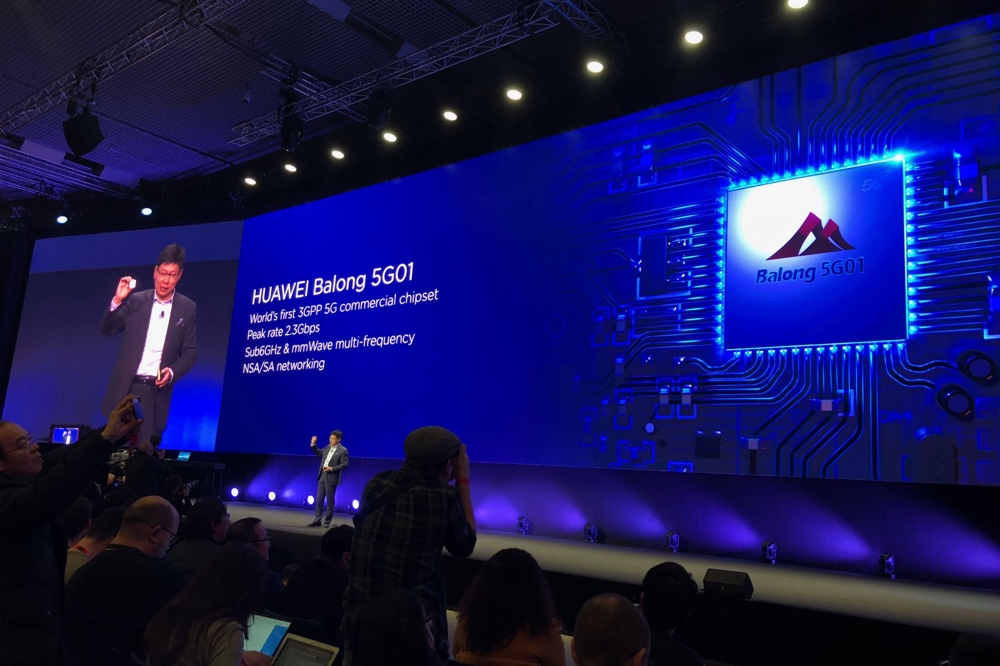 5G is all the buzz right now, and Huawei has jumped into action by announcing the Huawei Balong 5G01 chipset for commercial use.

The first ever public trials of 5G are set to happen this year. This also means that we will start seeing mobile devices with 5G capable of handling data and other tasks at blistering fast speeds in the coming months.

Right now, we are only seeing 5G-capable modems and chipsets getting their introduction in the world with Huawei appearing to be leading the pact in the commercial space with the introduction of the Balong 5G01 chipset, which is way more than just a modem, obviously.

If you think 4G LTE is lightning fast then you'd want to reconsider everything you've known. Why? Because Huawei's chipset is capable of download speeds of up to 2.3 gigabits per second. That is crazy fast. But obviously, those are theoretical speeds. This means that the real-world performance will depend on a lot of factors such as network traffic, bandwidth being allocated to users and more.

Now, while this is great news for consumers, but there is a small problem here. Up until now Huawei has been utilizing its chips in its own devices only. This means that it is absolutely unclear whether or not this chipset will make it onto other devices from third-party manufacturers. Also, since the United States is not so keen on using mobile stuff from Huawei, therefore this chipset's introduction might not mean much for those living in the States. Obviously, the government's stance might actually change with time, giving some positive vibes to the consumer.

5G opens a whole new gateway to possibilities. For instance, we might end up seeing devices or even cars that are so well connected with us that we might not even experience any sort of latency while monitoring anything remotely, thanks to those above-gigabit 5G speeds.