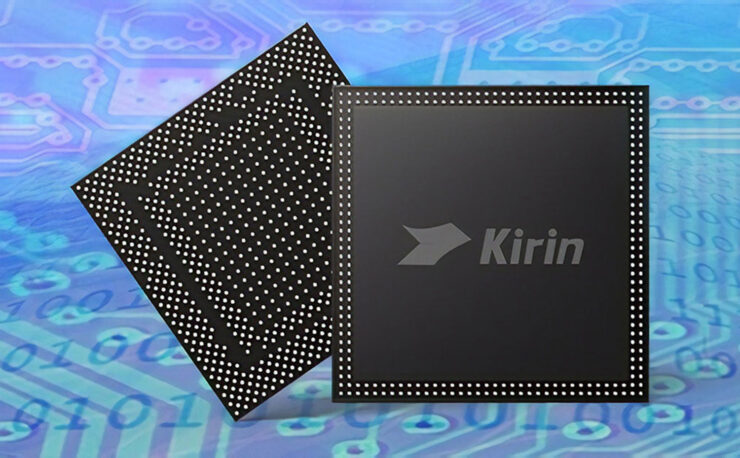 Huawei’s in-house Kirin chipsets have slowly cemented a name for themselves in recent years and now it seems that the Chinese company is all set to leave behind rival chipmakers such as Qualcomm, Apple, and Samsung. According to new a report, the company is gearing up to launch two advanced SoCs in the second half of the year, including the Kirin 985 chipset and a mobile platform with embedded 5G connectivity.

Mobile SoC With Integrated 5G Modem Could Be the Kirin 990, Featuring Similar Specifications to the Kirin 985

So far, no chipmaker in the market has released an SoC with an embedded 5G modem, although word around the street is that Qualcomm’s next flagship silicon, named the Snapdragon 865, will have support for next generation of cellular connectivity built-in. However, the Snapdragon 855 successor isn’t expected to be here before December 2019 and it seems like Huawei will beat the American chipmaker to the punch by releasing an SoC with an integrated 5G modem during the October-December period.

There’s a possibility that the 5G version of the Mate 30 and Mate 30 Pro will be underpinned by the Kirin 985 using a separate Balong 5000 chip, but they are expected to launch later in the year. The report also claims that Huawei has an internal target of selling 10 million 5G-enabled handsets by the end of this year. On the other hand, smartphones with Qualcomm’s 5G chipset integrated with the Snapdragon 865 aren’t expected to start shipping before the first half of 2020.

Before the unveiling of the 5G modem-integrated chipset, the company is likely to launch the Kirin 985, which will reportedly be the first silicon to be made using the extreme ultraviolet, or EUV technology. Huawei has been reported to have completed design work for Kirin 990, so it could be the silicon featuring the integrated 5G modem and might even be found in different versions of the upcoming Mate 30 series. The chip will most likely be manufactured by TSMC, the go-to chipmaker for most industry bigwigs.

In the light of recent events, Huawei has reportedly been trying to diversify its supply chain, bringing onboard companies such as Taiwan's RichWave and Japan's Murata Manufacturing to reduce reliance on U.S. companies such as Broadcom, Skyworks, and Qorvo. Similarly, the company is said to be creating its own designs for power amplifier and radio frequency components and although this is proving to be costly, the Chinese conglomerate is sticking to it.

The U.S. has allowed some companies to resume the sales of components to Huawei, but the Chinese company will reportedly still continue its efforts to reduce its dependence on U.S. suppliers. However, it still remains to be seen if the company will be able to develop its own viable alternative to Android, as the HongMeng OS is apparently not for smartphones.

We’d still recommend that you take this report with a pinch of salt. So far, we’ve only heard whispers about the Kirin 985 and very little about the Kirin 990, but if there are more rumors surrounding the latter, we’ll eventually hear about them.