While Mango is at the verge of its release, speculations continue to keep the users in anticipation at the edge of their seats. Previously there were rumors surrounding the web that Mango devices will be revealed in August/September time frame this year but things have taken some interesting turns. While Microsoft released its latest Windows Phone 7.5 ‘Mango’ OS build 7712 update to devs yesterday, a staggering news comes from HTC. It is unofficially revealed that HTC will release its first out of the box Mango equipped HTC Omega which might be a successor of HTC Mozart, equipped with the high end hardware and notable features. 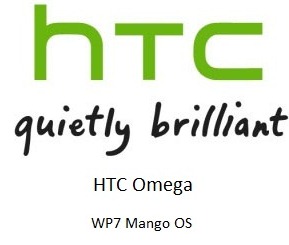 According to Gadgetian the leaked specs reveal that instead of the majestic 4.3” screen the upcoming smartphone will be blessed with a 3.8” SLCD which makes it a likely predecessor of Mozart. Further specs reveal that the phone will be enhanced by a 8 Megapixel camera with LED Flash and 720p video recording capability and a WVGA display. Furthermore it will be powered by a 1.5 GHz processor, 512 MB of ram, Wi-Fi, GPS and will consist of a simple Li-Ion battery. Full specs are listed in the table below. The single core processor and 512MB of ram very well depict HTC’s intentions of keeping the price of the Mango handset moderate. On the contrary HTC might charge aggressively on the basis that it will be the first Mango device in line. But still the leaked specs are subject to change and there is no official price announced by HTC, it’s too early to judge things.

Unfortunately there are no leaked images of the device but as mentioned in the specs, the form is Candybar so it won’t be that difficult to make up a vague image in mind. We’ll keep you updated with further progress over the upcoming smartphone.