HTC Apologizes for Exploding the Internet By Mentioning Half-Life 3

Yesterday the Internet exploded as it usually does after Half-Life 3 being mentioned somewhere. This time around it was HTC's Chairwoman Cher Wang who might not really have grasped the entirety of a question asked in an interview when she answered that They (HTC) were co-operating with Valve on a Half-Life VR game, and that she would "love to see Half-life on the HTC Vive."

It's a .GIF you know you want to click on it

Half-Life 3 is not confirmed

Well that rumor didn't last long at all, but to be honest, the likelihood of Half-Life 3 getting announced any time soon is as likely as an AAA title getting released without Day-1 DLC and a Season Pass, as well as not being a broken mess upon release. So pretty much a 0-1% likelihood of occurring. Now then, Ms Wang has clarified what she meant in the interview from yesterday:

"Regarding my BBC interview with Dave Lee yesterday, I would like to apologise for any confusion caused when I referred to individual games titles," she said.

"In response to a question on specific games, I misspoke when I referred to our working together with Valve on a particular game, when instead I meant our collaboration with Valve on developing next-generation virtual reality experiences for gaming.

"I am very excited about the work we are doing with Valve, and look forward to bringing our HTC Vive to market later this year."

So there it is, party's over folks, everyone can go back home to their daily lives and keep cursing Valve for not releasing Half-Life 3 or Half-Life 2 Episode 3. The sad truth is that we will probably never ever see a continuation of Half-Life. It would be awesome and great to be able to actually state "Half-Life 3 Confirmed" for real, but I fear that won't happen in my life-time, oh well. 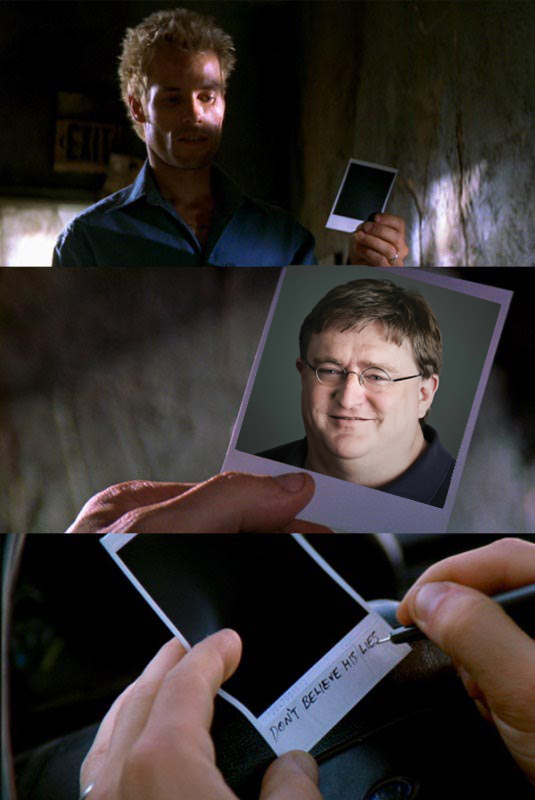 In other Valve related news, at GDC they have just announced their Steam Link which will make it easier for you to game from your living room, as well as officially announcing the Source 2 engine which everyone kinda actually knew about already for quite some time. But not a peep about Half-Life 3, and it's likely to stay that way forever.