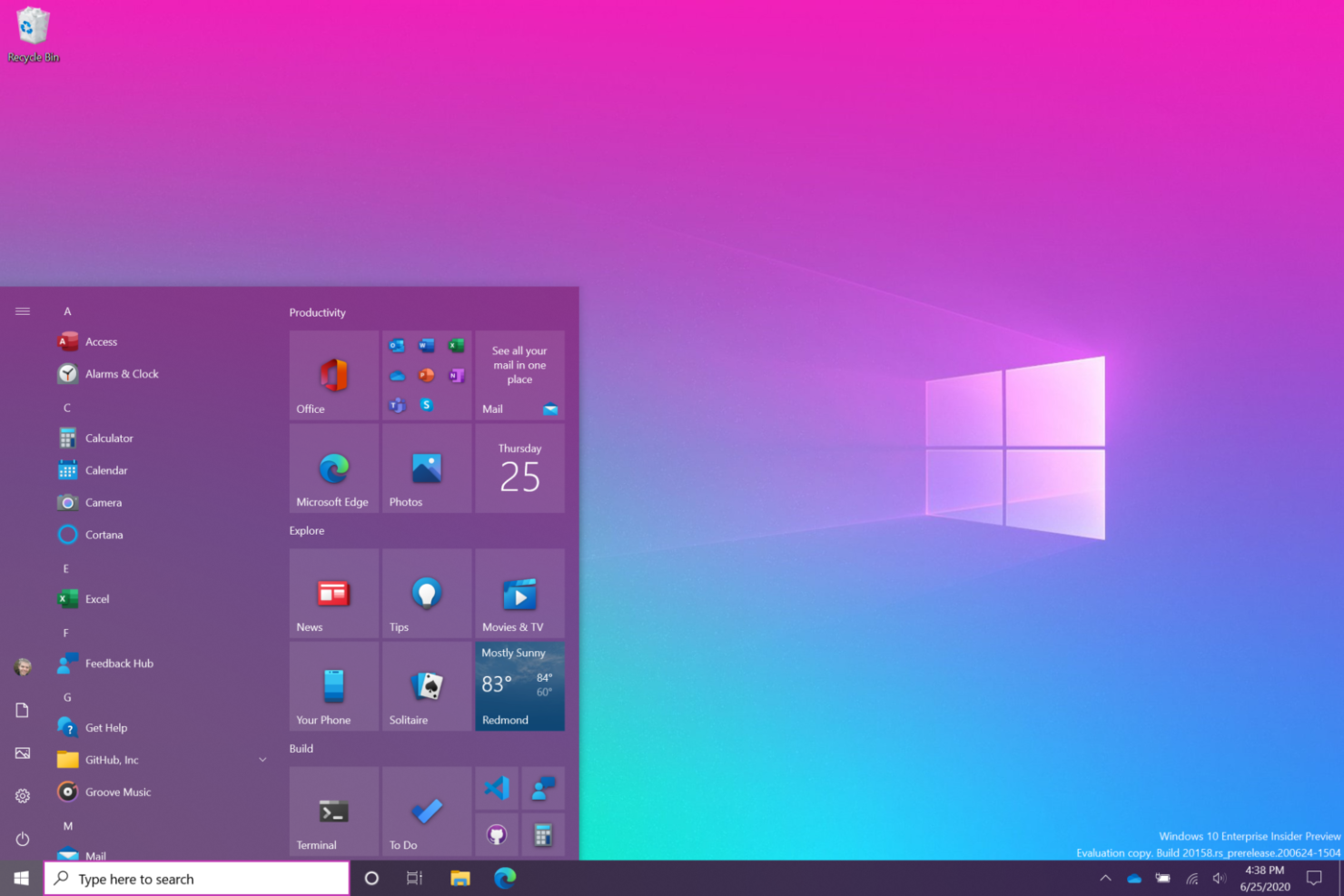 Microsoft recently revealed its new Start menu design that was first hinted to be released in 2021, but is now going be a part of Windows 10 November 2020 Update, version 2009. Those in the Windows Insider community can already test this new Start menu. But, if you aren't an Insider and don't want to join the program just to get the new Start menu design, you can still get your hands on it using the latest version of the operating system.

If you have upgraded your device to Windows 10 May 2020 Update, version 2004, you can test the new theme-aware Start menu since both the version 2004 and version 2009 share the same core operating system. Just like 2019, Microsoft will deliver the upcoming Windows 10 November 2020 Update like a cumulative update to devices that are running version 2004.

If you’re looking for a splash of color, first make sure to turn on Windows dark theme and then toggle “Show accent color on the following surfaces” for “Start, taskbar, and action center” under Settings > Personalization > Color to elegantly apply your accent color to the Start frame and tiles.

You can enable the new Start menu through the above Registry edit (via DM); while no one has reported any issues so far, playing around with it isn't recommended unless you are a pro user. In case, you still don't see the new Windows 10 Start menu, search for winver to confirm you are running Windows 10 version 2004 Build 19041.423 KB4568831 and restart again.

If you want to revert back, just open the registry, go to the above path, and then right-click to delete the entry.

One thing to note here is that Microsoft has included these upcoming Windows 10 20H2 features in KB4568831, which is available but in "preview." Microsoft will release the update for all Windows 10 2004 devices on Patch Tuesday later this month. It is strongly advised not to get this cumulative update until then. But, if you are feeling adventurous and/or bored, now you know how to get early access to the new Start menu design.