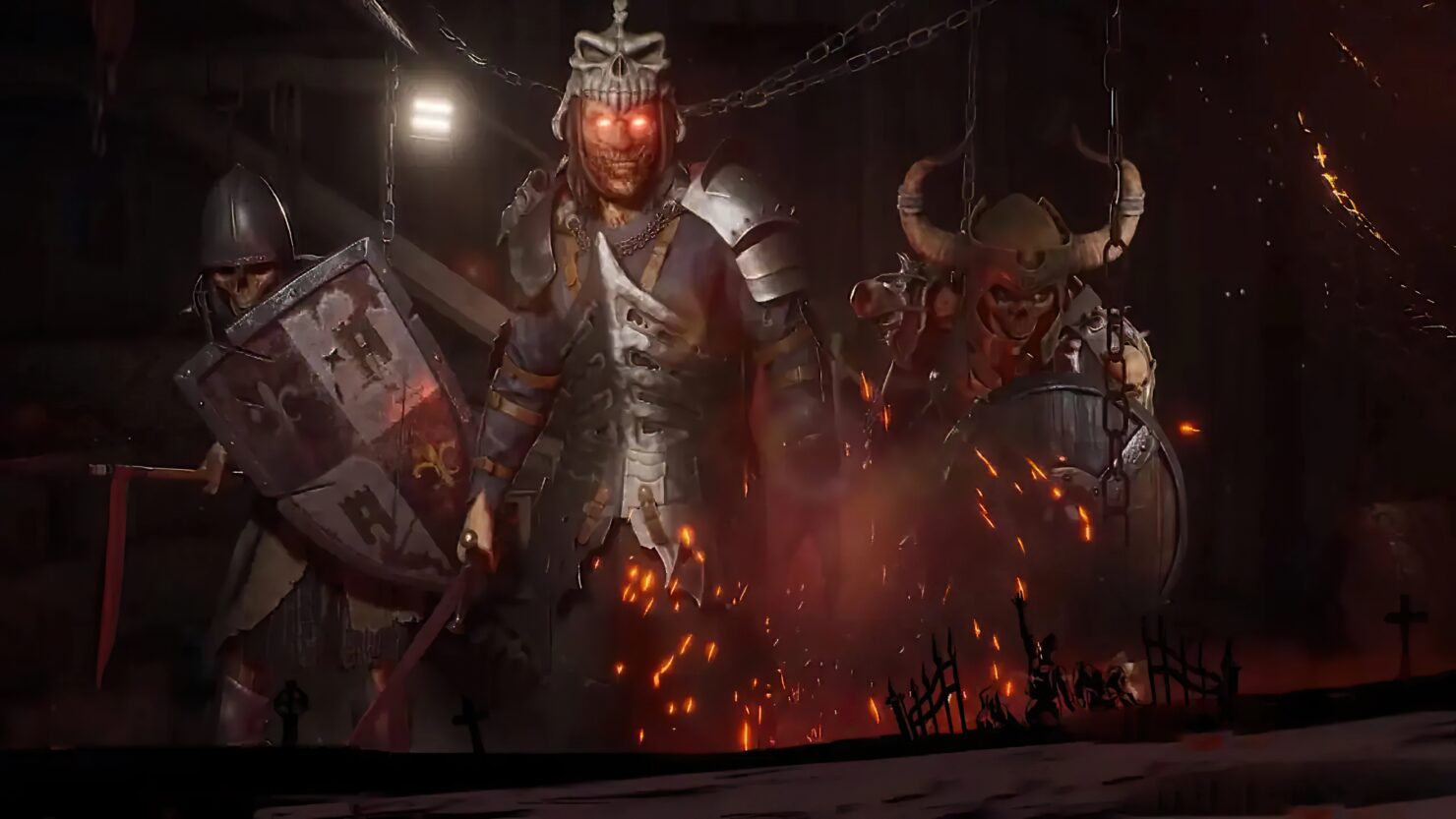 If you play as the Kandarian Demon in Evil Dead: The Game, you can choose between three different classes: Warlord, Puppeteer, and Necromancer. The Warlord focuses on dealing massive damage to Survivors, the Puppeteer is an absolute master of possession, while the Necromancer relies on the skeleton flautist to increase the damage and defense stats of its minions.

Let’s break every Demon class down by taking a closer look at their stats, abilities, and skills. In this guide, you will also find some useful tips and tricks for each.

The Warlord is the best choice for those who first approach the game. It is the most accessible class to get used to playing with and will help you master the Demon mechanics in a relatively short amount of time. You can buff the evil units near you and reduce the damage they receive from Survivors. The Warlord Skill tree lets you power up various abilities tied to you and your minions. For example, Pain Parasite can make your units gain health from the damage they deal with melee attacks, while Easy Access reduces the amount of Infernal Energy you need to possess Evil units.

When playing as a Warlord, you need to focus on dealing as much damage as possible to Survivors, aiming to win the match before they reach the final stage.

If you want to master the Puppeteer properly, you need to practice a lot with this Demon. It relies heavily on possessions, and if played as it should be, it is almost impossible to beat. It can control both human and evil minds and uses its powers to deal massive damage to Survivors. The minions you possess benefit from increased health and damage with your abilities. Moreover, their attacks make the Fear level grow quicker for Survivors. The Puppeteer Skill tree lets you reduce the Fear threshold needed to possess a Human, gain extra Infernal Energy, and increase the Telekinetic Surge ability range, among other things.

A good Puppeteer player knows exactly when to use each ability and how to get the best out of each possession. Your Telekinetic Surge ability will also be a good ally in many situations, so be sure to use it when you need it instead of spamming it. Otherwise, you will have to wait for the cooldown to finish.

The Necromancer is fun to play with but requires some practice. This Demon can summon the skeleton flautist to increase the damage dealt to Survivors and reduce the one received by nearest minions, but this unit cannot move or defend itself. With its Skeleton Resurrection ability, the Necromancer will revive every single skeleton that dies nearby. Moreover, when it materializes, it can dodge melee attacks. Its Skill tree will let you increase the frequency of skeletons attacks with Bone Rage and prevent Survivors from replenishing health when they get hit by Evil Ash.

Be sure to level as fast as you can with the Necromancer. Upon reaching level 15, you will unlock the so-called Skelephobia, a passive ability that will increase the Fear level of each Survivor within the range of your skeletons.

If you just started playing Evil Dead: The Game, you can also look at our guide about getting started as a Demon.