How to Switch Between QWERTY, AZERTY & QWERTZ Keyboard Layouts on iPhone, iPad 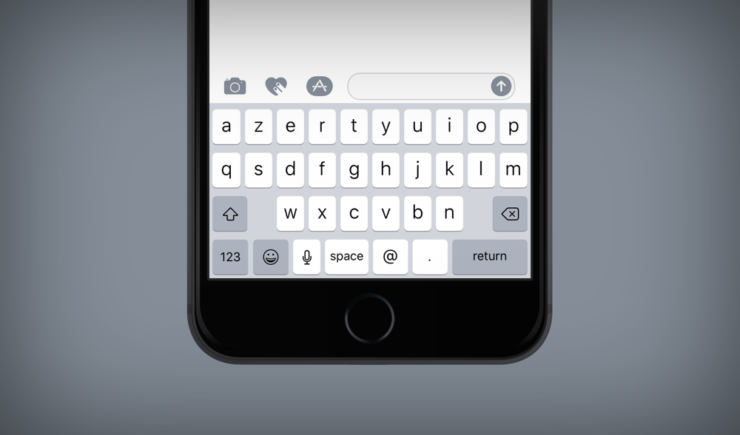 Here's a complete step by step guide on how to switch between iPhone and iPad keyboard layouts - QWERTY, AZERTY and QWERTZ.

Learn to Switch Between iPhone and iPad Keyboard Layouts - All Three of Them (QWERTY, AZERTY & QWERTZ)

Out of the box, many of us make do with the default keyboard layout on our iPhones and iPads, which happens to be QWERTY. It's a standard that's followed religiously in many parts of the world, and it gets the job done in a wonderful fashion. However, in some places, different keyboard layouts are followed, called AZERTY and QWERTZ. Interestingly, switching between all three layouts is fairly straightforward on an iPhone or iPad. Here's how you do it.

2. Scroll down a little and then tap on the General option.

3. Scroll down again and then tap on Keyboards.

4. Now tap on Keyboards at the top.

6. Now simply select the keyboard layout you wish to use. It's set to QWERTY by default in certain regions. But you can switch it over to AZERTY or QWERTZ if you so like. Make your selection and simply close the Settings app.

This is what the keyboards look like when they come into view. On the left it's QWERTY, center one is AZERTY and the one on the right is QWERTZ.

Quite frankly, there isn't a huge difference in the layout. If you are used to one of these, you can easily switch to another one. But of course, there is going to be a slight adjusting period in the process.

Apart from switching the layout, you have the option to switch the keyboard itself too. Thankfully, Apple did this with the release of iOS 8, allowing third-party developers to bring their keyboards onto iOS. But quite frankly, the stock keyboard is a far better option if you don't want anything fancy on top. This also means you won't be able to search for GIFs on the fly, something which is exclusive to many keyboard apps out there, even Gboard from Google.

What you end up using is entirely your call, as long as it gets the work done.