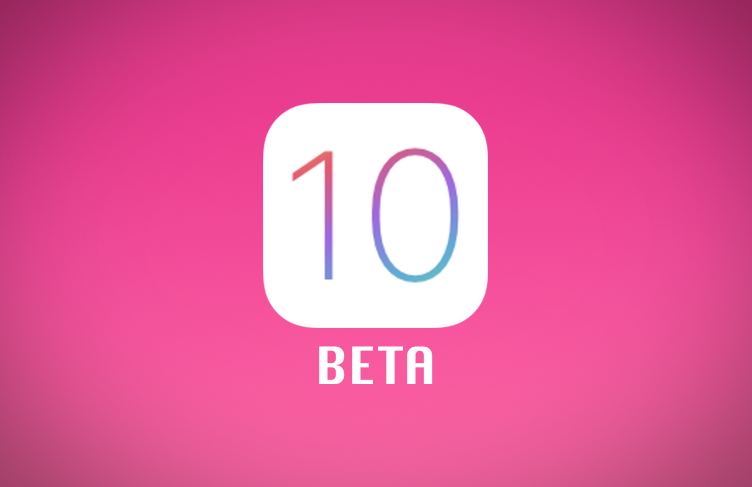 Here's how to prepare for iOS 10 beta for compatible iPhone, iPad, iPod touch device in a few easy to follow steps.

Early next week Apple is going to announce the next-generation version of its mobile software, iOS 10, for compatible iPhone, iPad, iPod touch devices. While the software won't see the final release until later this year, but iOS 10 beta will be available immediately after the opening WWDC 2016 keynote. If you're hoping to install iOS 10 beta on your iPhone, iPad, iPod touch come the big release day, then you should prepare your device beforehand so that nothing goes wrong.

We highly recommend that you read through the steps first then take tangible action accordingly. And please, do not rush anything, since you do not want anything to go wrong along any step of the way.

All set? Let's jump right into it!

Backup Everything To iTunes or iCloud

Backup everything beforehand to either iTunes or iCloud. You do not want to lose your data in any case, and taking the backup route is the least you can do to ensure things are not lost in case something does go wrong during the iOS 10 beta installation process.

Make sure your Apple Developer Program membership is active and won't expire before the 13th of this month, otherwise you won't be able to download the iOS 10 beta firmware file. Head over to this link, sign in and make sure things are up and running for you. If you don't have an Apple Developer Program membership, then you can do so from the very same link as well. Simply click on the 'Enroll' button on the top right hand corner. Keep in mind that the membership will set you back $99 annually, but it will grant you access to every pre-release bit of Apple's upcoming software - including watchOS, macOS and tvOS.

iOS 10 Public Beta users can skip the above step completely since an Apple Developer Program membership is not required in order to install public beta software from Apple.

Make Sure Your Device's UDID Is Registered

You can only install iOS 10 beta on your device if and only if your iPhone, iPad, iPod touch's UDID is registered with Apple. Head over to the Apple Developer Program website, sign in, head over to Certificates, Identifiers & Profiles, and enroll your device. It will only take a couple of minutes at max, but will save you from a lot of trouble once iOS 10 is released and you're scrambling to figure out why the installation process is failing.

Download iOS 9.3.2 firmware file for your device right now so that you can downgrade your iPhone, iPad, iPod touch if for some reason the installation process fails. You do not want to end up scrambling for a firmware file later on, so please do as suggested.

Update To The Latest Version Of iTunes Right Now

Although there's a chance Apple will be releasing a new beta build of iTunes for installing iOS 10 beta, but it's a good idea to update to the latest version of iTunes beforehand. Simply launch the software update tool on your PC and check for available updates. Meanwhile Mac users can launch the Mac App Store, click on the 'Updates' tab and see if any update is available. Install the latest version of iTunes if available and restart your computer once the installation is complete, just in case.

Do Not Install iOS 10 Beta On Your Daily Driver Device

While we're certain many users out there - developers and non-developers alike - will end up installing iOS 10 beta on day one, but keep in mind we will not suggest installing the software on a device that serves the purpose as a daily driver with you. The first beta build of any major iOS build is extremely buggy, and things can go south without any prior notice. Therefore, if you have a spare device at hand, then install iOS 10 beta on that. If not, then we would suggest holding back from installing the firmware until at least 3 beta builds are out.

Make sure all your iPhone, iPad, iPod touch devices are fully charged ahead of installing iOS 10 beta. Having a dead device at hand is the last thing you want to come across in any case, so be prepared in the wisest and swiftest way possible.

All Done? Wait It Out

Once you're done preparing your device for iOS 10 beta, all that's left for you to do at this point is wait till the download is available.

Apple will be announcing iOS 10 on Monday, 13th of June, where it's expected to be making other software related announcements as well, the biggest of which will be related to mobile. It remains to be seen whether or not iOS 10 will be an evolutionary update, or a major one, like how iOS 7 was on top of iOS 6.

We'll know for sure on the 13th, so hang in there tight!