Last week, Microsoft confirmed that Build 19044.1288 is expected to be the final build of Windows 10 version 21H2, which means this Windows 10 feature update is now as bug-free as it could get before the public release. The Windows maker will continue to deliver cumulative updates to deal with any last-minute bugs.

If you don't want to wait for the public release, here is how to install Windows 10 v21H2 (November 2021 Update) right away

You can now install Windows 10 November 2021 Update by signing up with the Windows Insider program. Don't worry, the feature update is largely bug-free now since the company has been testing version 21H2 for quite some time now and has also released its final build. However, early adoption isn't recommended for non-pro users, who we continue to advise shouldn't install a new Windows 10 feature update for at least three months after its public release.

To get Windows 10 November 2021 Update, you need to sign up for the Windows Insider Program. Here is the complete process:

Step 5: In the next screen, choose "Release Preview Channel" to join the slowest and most stable channel of the Insider Program. Make sure you select the right channel if you don't want to get into testing new things and just want to install Windows 10 21H2. 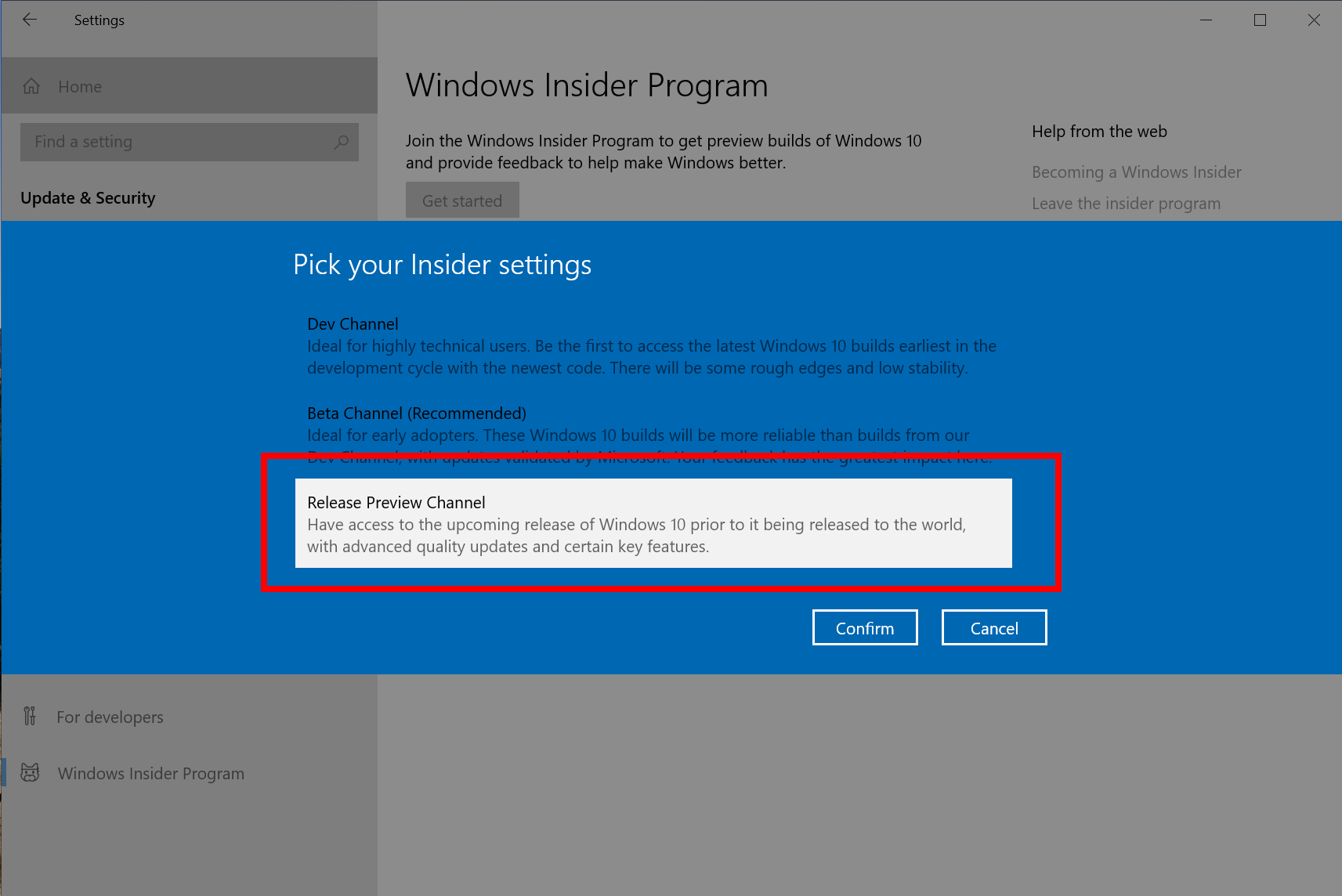 Step 6: Click the "Confirm" button and then the "Restart Now" button to begin the process.

Step 7: After your device is up again, go to Settings > Update & Security > Windows Insider Program to ensure you are on the "Release Preview Channel."

After upgrading to this upcoming Windows 10 feature update, you can opt out of the Insider program to stop receiving previews.

You should now be running the upcoming Windows 10 November 2021 Update ahead of its public release. Have fun with this final feature update of the operating system!

- For those who don't like to get the new updates ASAP: now is the right time to save a copy of version 21H1

New Builds Are Out for Windows 11 Dev and Beta Channels