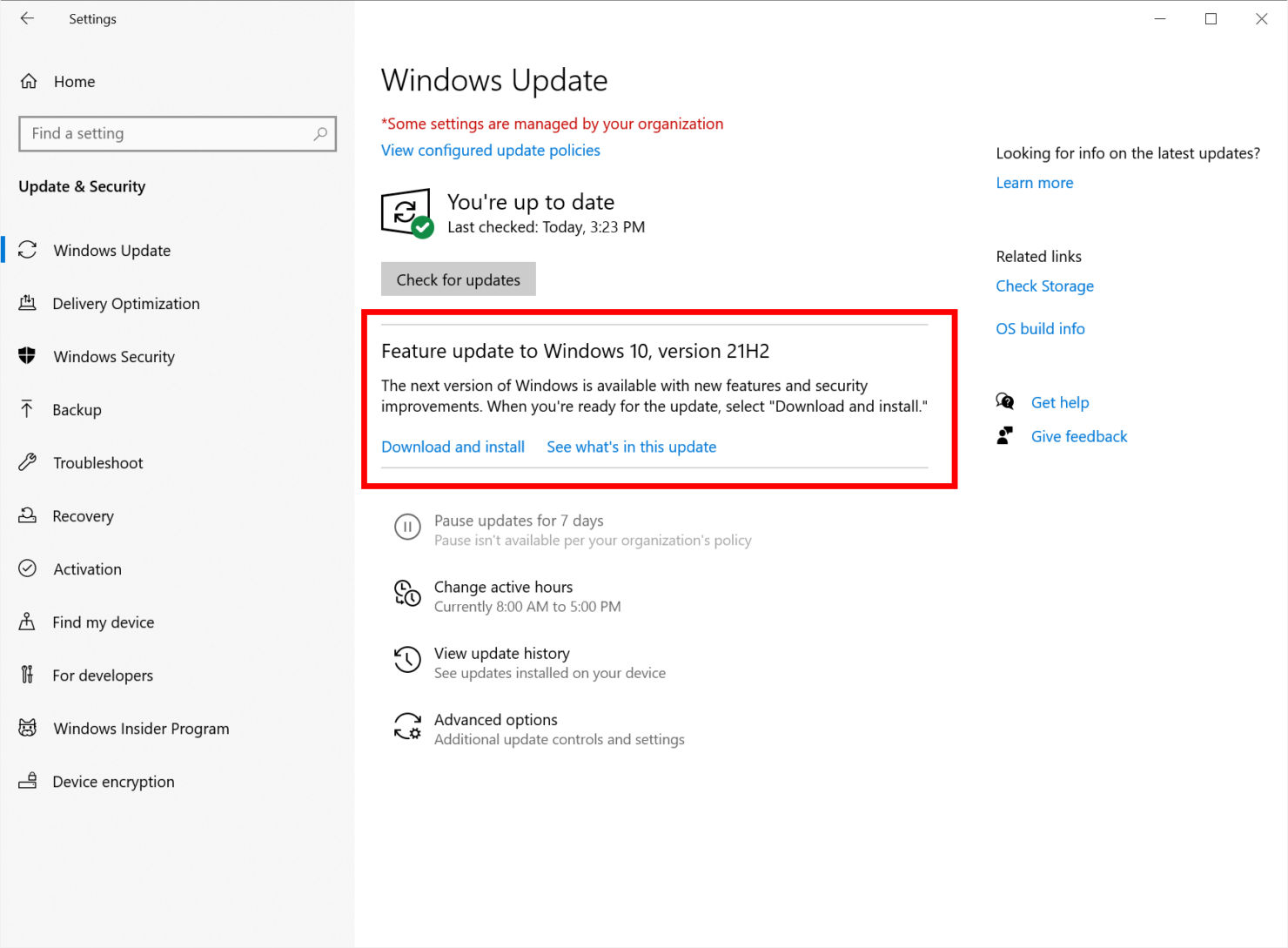 Microsoft has released Windows 10 November 2021 Update for all Insiders in the Release Preview Channel, as the company begins the process of releasing version 21H2. This is expected to be the final version being delivered to Windows 10 as the company has moved on to the next generation of Windows with the release of Windows 11. The operating system will continue to be supported until at least 2025.

The Windows maker said that it believes Build 19044.1288 is the final build for the November 2021 Update. This build will be followed with cumulative updates for any last minutes fixes.

The upcoming version is now being offered to all Insiders in the Release Preview Channel through the "seeker" approach. Insiders in the Release Preview Channel on Windows 10 can now choose to update to the November 2021 Update via Settings > Update & Security > Windows Update > download and install Windows 10, version 21H2. After updating to version 21H2, Insiders will receive new servicing updates through Windows Update.

The company already made Windows 10 21H2 available to Windows Insider Program for Business participants to validate version 21H2 on commercial PCs last month. If you are an Insider, you can download the ISO files for the finalized Windows 10 version 21H2 Build 19044.1288 through this link.

- Relevant: Android Apps Are Coming to Windows 11 Thanks to Windows Subsystem for Android – Available for Insiders Today