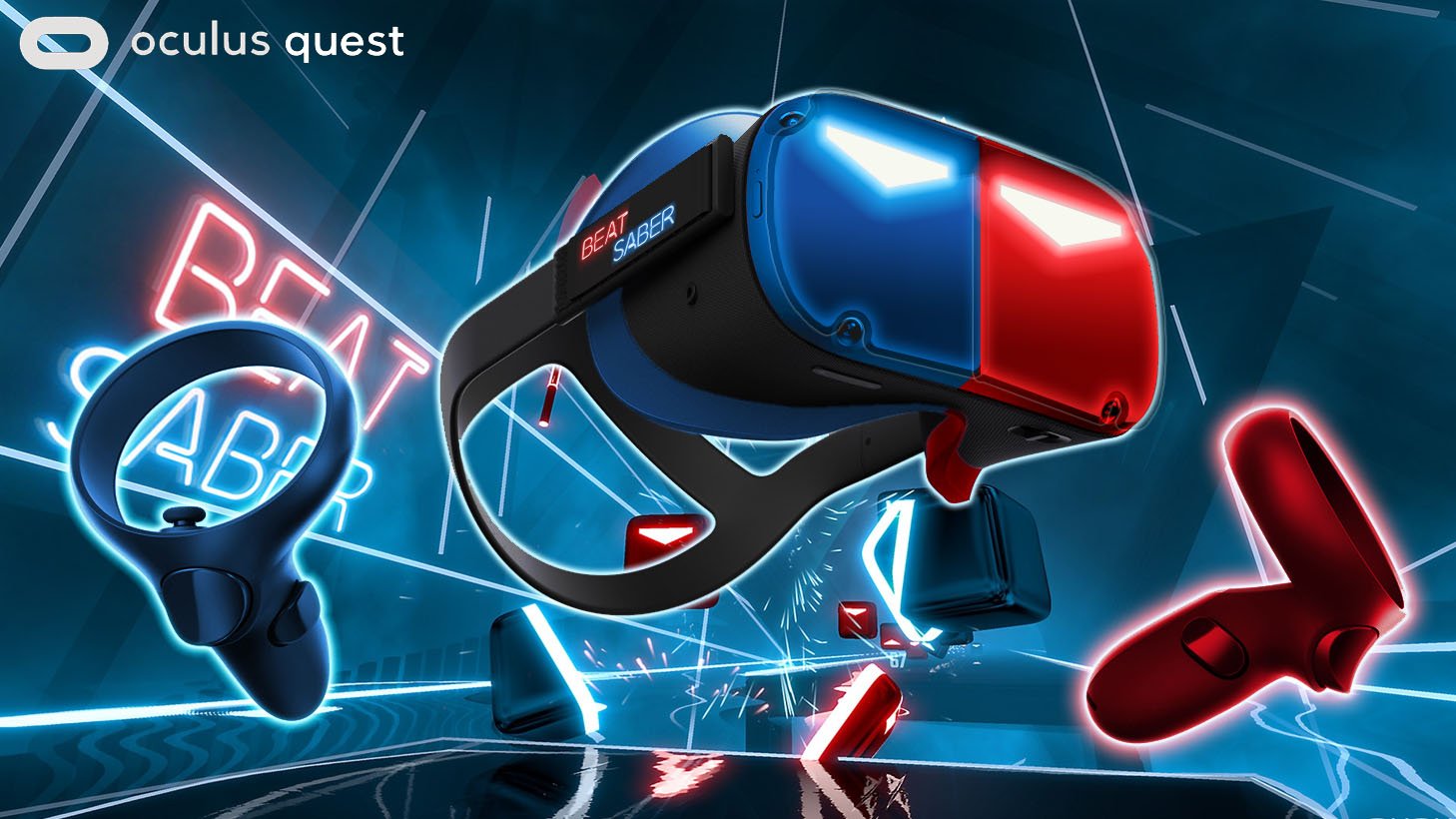 With the Oculus Quest 2 finally appearing at retail stores nationwide, eager VR adopters have been picking up the standalone hardware hoping to get some fitness in thanks to Beat Saber. In less than a week after the Oculus Quest 2 was released, some hard working unicorns have already gotten the popular Beat Saber modding tools working on the platform. Here's how to enabled BMBF on the Oculus Quest 2 and start grooving to the sound of your own custom tracks in Beat Saber.

Beat Saber just received a major update across all versions that enabled multiplayer and the Oculus Quest 2 version is no exception. However, with the addition of gameplay mods and custom songs, players should anticipate not being able to access the online multiplayer and instead be limited to solo and campaign play in Beat Saber.

First things first, you're going to need to purchase Beat Saber on the Oculus Store for your Quest 2 (or the original Oculus Quest). Unfortunately, this version is not cross-buy, so even if you already own Beat Saber for the Oculus Rift, you'll need to pony up another $29.99 for the portable version. Once you have Beat Saber installed, make sure to open up the game and play it once to get past all of the health and safety warnings. Afterwards, you can close the app and continue on.

The next step is that you'll need to install SideQuest, install Oculus Drivers on your PC, and follow the additional steps in getting SideQuest set up. You can find SideQuest HERE along with a full set of instructions to get set up. In short, you'll need to enable Developer Mode on the Oculus app as well as enable USB debugging within the headset itself. Once these two steps are complete, you'll never have to perform the full setup again as long as you don't perform a full factory reset on the Oculus Quest. Enabling Developer Mode is a necessary step in order to install APK packages via 'unknown sources', which includes just about anything that isn't directly purchased/downloaded via the Oculus store. 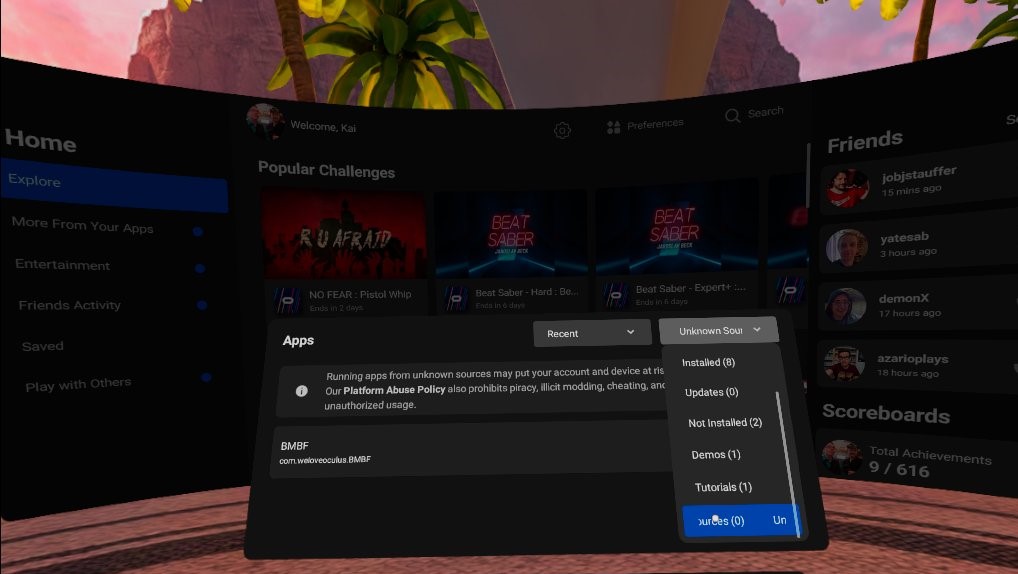 After SideQuest is installed and set up to transfer files to your Oculus Quest 2 via the USB-C cable that comes bundled with the headset (or any other suitable USB-C cable you have on hand), you'll need to download the latest version of BMBF found HERE. Each new release of Beat Saber and/or BMBF will need a fresh download of BMBF so make sure to bookmark the website. You'll download the file titled 'com.weloveoculus.BMBF.apk' from the stable releases. Once downloaded, return to the SideQuest app, go to the dropdown menu via the down arrow in the upper right-hand corner, and 'Select APK' to install the app you just downloaded.

At this point, you'll need to put on your Oculus Quest 2 headset and go into your Library from the home screen. Select Library from the bar at the bottom of your display, navigate to the top right corner of the popup window and choose 'Unknown Sources', then highlight and select the BMBF APK you just loaded onto the Oculus Quest 2.

You may receive a generic warning from Oculus regarding software security. At this point, make sure to Close the warning and continue in the BMBF app. This will be a self-guided installation process that starts with temporarily uninstalling Beat Saber and adding in the BMBF framework. Just follow the onscreen commands and make sure to select Done rather than trying to Open Beat Saber within the BMBF app.

Once BMBF is properly installed and hooked into the Beat Saber client, the final screen will be how you add in your custom songs. There will be a number of ways to add custom tracks from Beast Saber and Beat Saver but the simplest method is to visit the Beast Saber website, bookmark songs that you'd like to play, and then use the SyncSaber tab within the BMBF app to select your profile and sync those bookmarks to download songs directly onto the Oculus Quest 2. You can find a full tutorial on how to set up bookmark syncing here.

If you already have a sizeable collection of custom songs on the PC release of Beat Saber, you can migrate those into the Oculus Quest 2 version with minimal hassle. Simply go into the install directory for Beat Saber on your computer (the default directory will be C:\Oculus\Software\Software\hyperbolic-magnetism-beat-saber\Beat Saber_Data\CustomLevels), copy whatever song folders you wish, then use the File Explorer in SideQuest to navigate to 'sdcard\BMBFData\CustomSongs' and paste in this directory. Return to the BMBF app, navigate to the Tools tab, and select 'Reset Song Folders'. If you've managed to set up any playlists within Beat Saber, unfortunately this will clear them out and you'll need to rebuild those again. 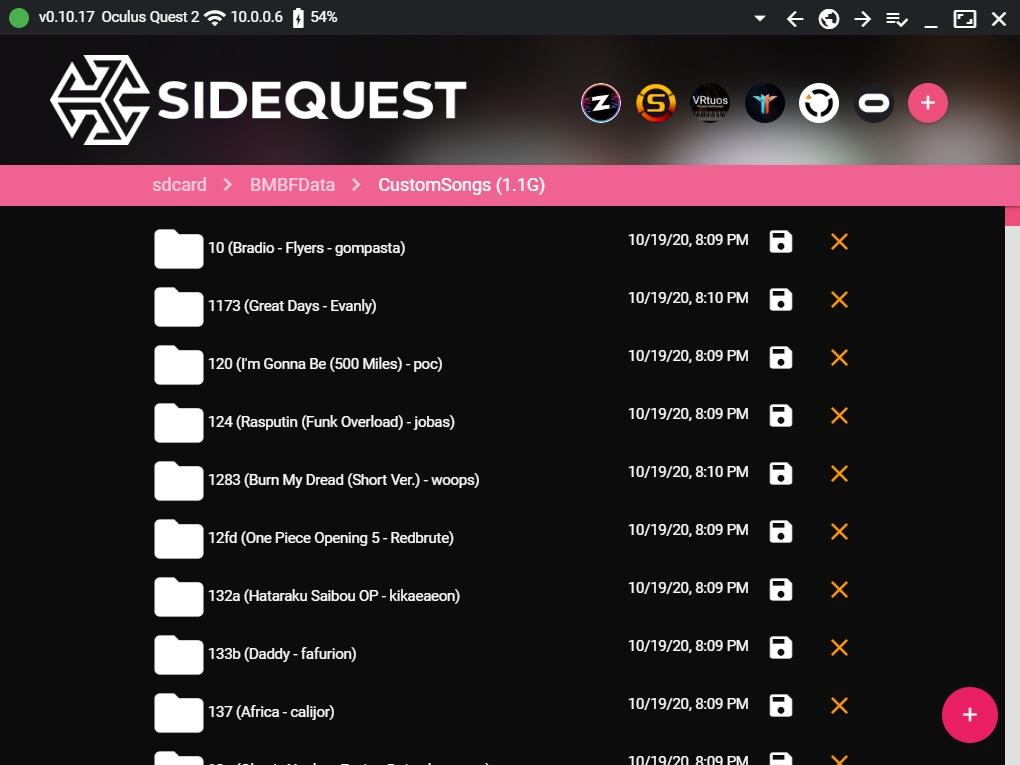 Even if you only purchased the 64GB model of the Oculus Quest 2, you're going to be able to get a lot of support for Beat Saber and custom songs. The main client comes in at just under 600MB and even the 250 custom tracks that I've sideloaded into the Oculus Quest 2 here in the office only weighs around 1.1GB.

Support is planned to implement a switch for the Playlist Editor Pro app to allow users to swap between a modded version of Beat Saber and vanilla in the event that they want to try out the multiplayer with their friends.