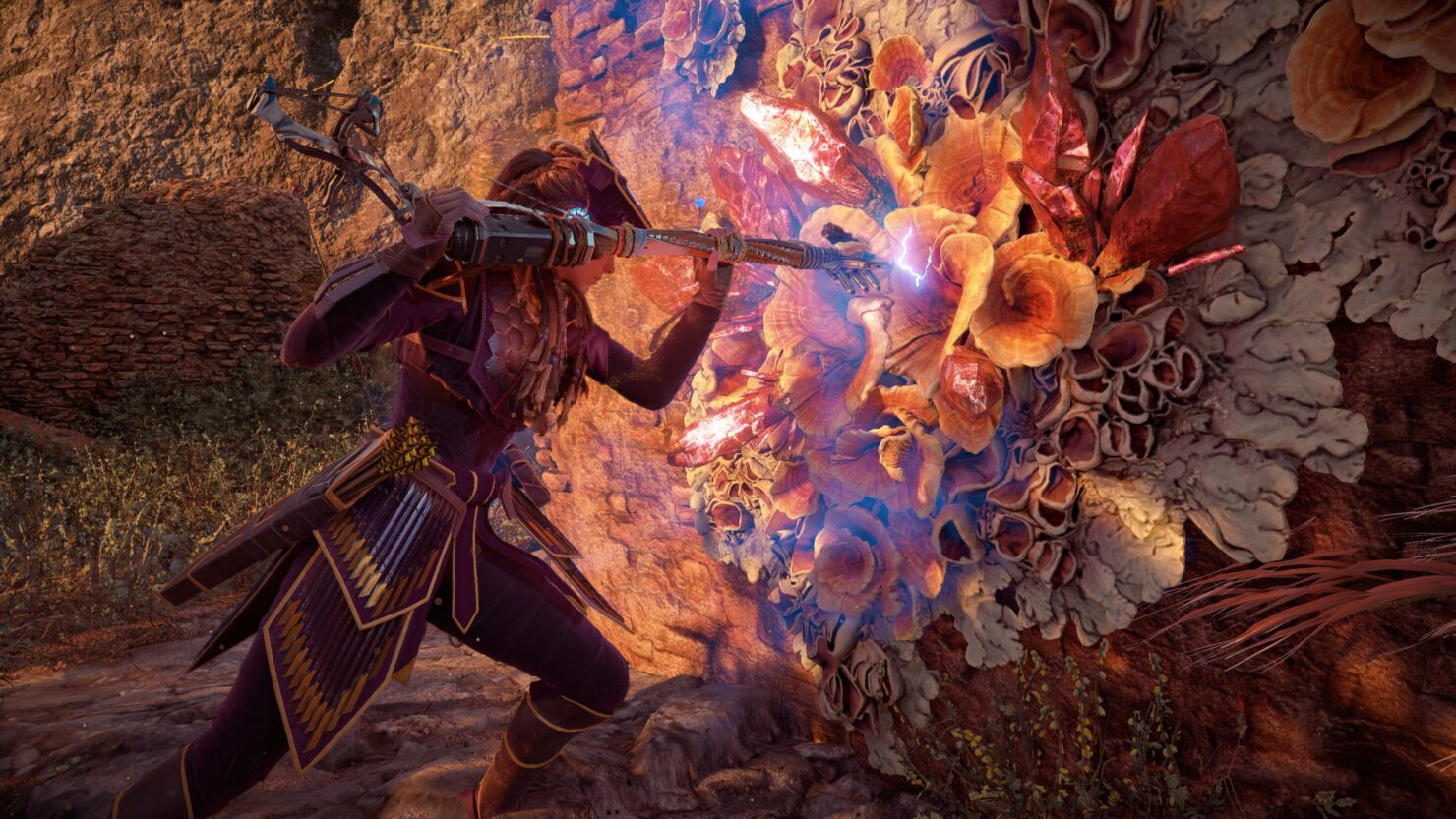 Sooner or later, Aloy will come across strange barnacle walls in Horizon Forbidden West. These orange flowery walls routinely block paths forward. Like most roadblocks that bar Aloy's progress, these lead to side paths and optional areas filled with loot and materials.

When Aloy first stumbles upon these red walls, they pop up as an anomalous growth when scanning them with her Focus. It isn't until Aloy acquires the right Special Gear to blast them out of the way that their true form is revealed as Firegleam. With the right upgrade, Aloy's Spear can set them ablaze. Be careful, though! These explode violently and can cause damage to Aloy if you don't get out of the way fast enough.

The Igniter piece that can destroy Firegleam is actually a relatively early unlock for Aloy and shouldn't prove to be much of a hindrance beyond the first few hours of Horizon Forbidden West. During the fifth Main Story Quest, Death's Door, Aloy will find herself being obstructed by these anomalous growths. One of the Main Story objectives requires Aloy to perform the following task: ignite the Firegleam. During this specific objective, Aloy will have to craft the Igniter and attach it to her Spear. Once equipped, Aloy can approach the active side of a Firegleam obstruction and press R1 to Ignite.

Firegleam walls can often be their own puzzles to figure out in part because these walls are often one-direction. If you come across a Firegleam wall that you can't activate and burn away, you'll have to find a way to sneak around and approach from the other side. Many Relic Ruins feature Firegleam walls to destroy as part of the puzzle, so you may not be able to fully explore them until you finally unlock Aloy's Igniter. Firegleam can also be found underneath the water, and Aloy's Igniter can destroy these obstacles just as well.