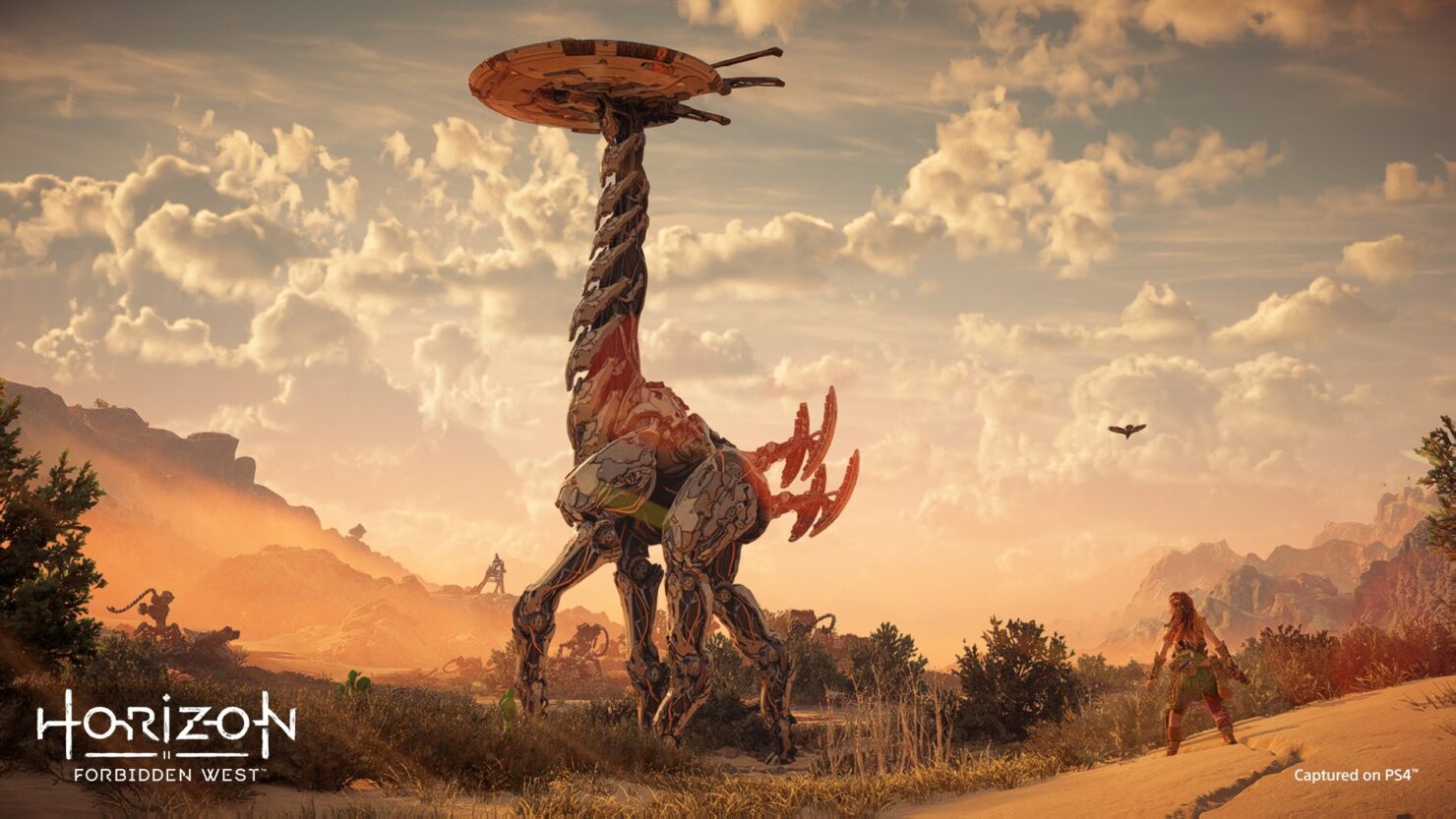 The new screenshots, which can be found below, highlight how the previous-gen version of the game is still going to look good, despite the differences with the PlayStation 5 version, such as different lighting and more.

We've showed you a lot of footage of #HorizonForbiddenWest on PS5 so far, but the game also looks – and plays – stunning on the PlayStation 4! pic.twitter.com/BuVga90W5L

Horizon Forbidden West will not only look better than its predecessor, but it will also feature brand new mechanics while refining those introduced in the original. Melee combat is also going to be much better developed, as highlighted by the game's animation director and combat designer last week.

Richard Oud, Gameplay Animation Director: The goal was to make human combat as deep and challenging as machine combat. This meant extending the combat system and adding more variety in the way you encounter human enemies in the world. We want to give the player the option to engage in their own playstyle, whether they prefer ranged or close combat encounters. Switching between strategies resulted in a lot of transition animations which feel smooth and reactive.

Charles Perain, Combat Designer: The resonator blast rewards players for using spear combos: whenever Aloy attacks with melee, the resonator in her spear stacks up some energy. This energy can be blasted at the enemy and will stick to them for a short duration. Shooting it with an arrow before it dissipates will deal a huge amount of damage! This mechanic creates a powerful synergy between close combat and ranged combat, encouraging players to transition smoothly between both.

Join Aloy as she braves the Forbidden West, a deadly frontier that conceals mysterious new threats.

PlayStation 5 features:
- Fast-travel and get back into the game almost instantly with the PS5™ console’s ultra-high-speed SSD and fast load times.
- Play in stunning 4K, HDR and with a Performance Mode targeting 60FPS.*
- Feel impact from attacks with the DualSense™ wireless controller’s haptic feedback and feel the resistance of your bow, grappling tool and other weapons with the DualSense wireless controller’s adaptive triggers.
- Hear sounds from all around you with the PS5 console’s Tempest 3D AudioTech with stereo headphones (analogue or USB).