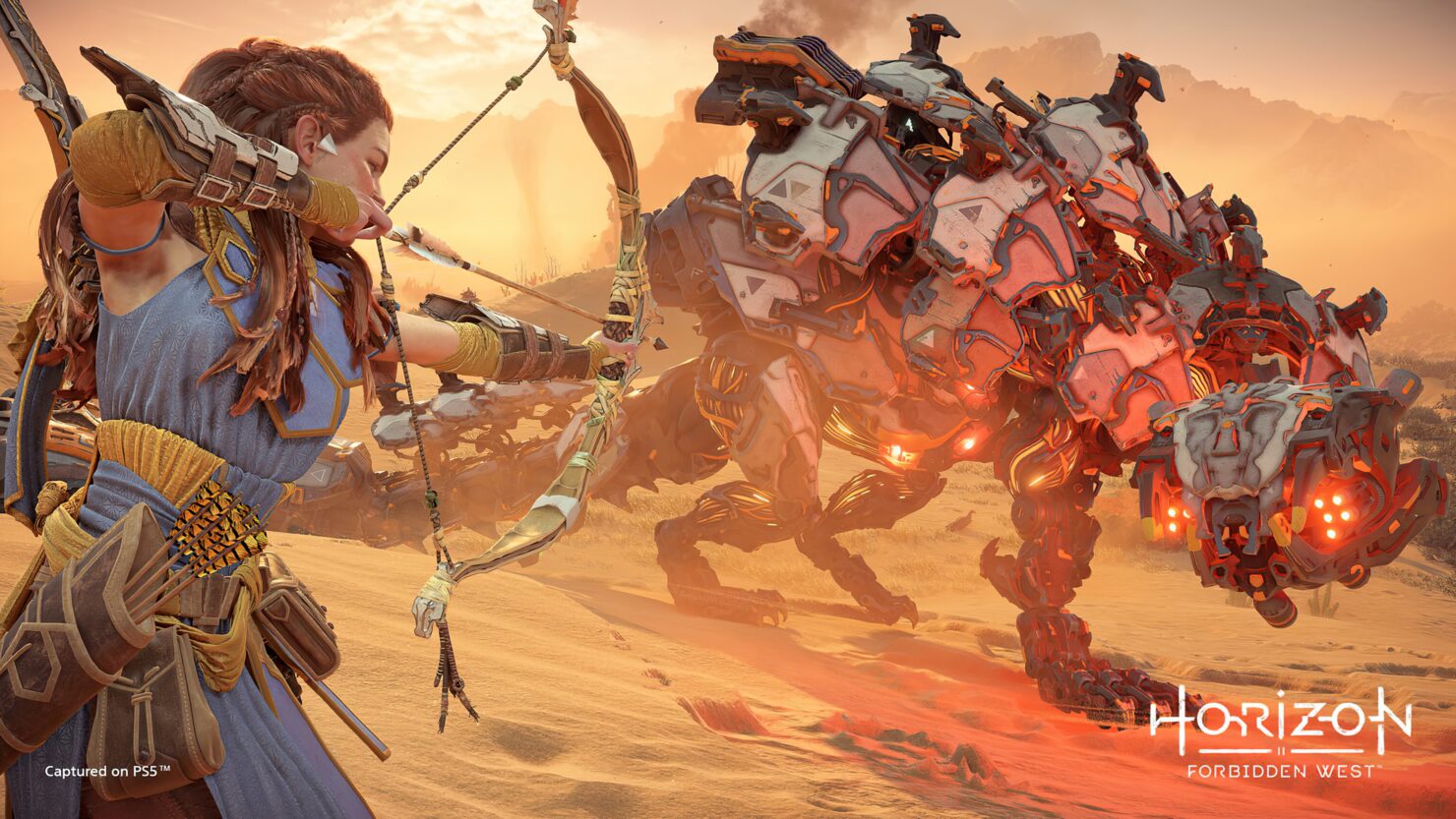 Horizon Forbidden West is undoubtedly one of the biggest PlayStation games due in 2022. Given the proximity of the late February release date, it's no wonder that Sony and Guerrilla Games are ramping up the game's marketing.

Horizon Forbidden West is the cover story of the new Game Informer magazine (issue #342), where a few developers discussed some of the improvements of this sequel. Narrative Director Ben McCaw said that towns will feel more lively compared to the original.

We've upgraded our civilians and settlements since the last game with an improved crowd system, better animations, and much better audio, so everything should feel a little bit more authentic and lifelike.

The big focus, though, that we wanted to change from the first game to the second, is that you just get to spend more time with key characters. That's something we tried to do consistently throughout the game. Not just for characters that you meet along the main quest, but also certain side quest characters; they don't just go away after one quest.

Lastly, McCaw highlighted another significant change for Aloy. Whereas she was an outcast at the beginning of the first game, underestimated by most everyone, her accomplishments in Zero Dawn have changed the perceptions of many. Aloy is now often called Savior in Horizon Forbidden West, and that comes with an increased sense of responsibility.

On one level, Aloy really wants to live up to the example of Elizabet Sobek, her mother figure, and do whatever it takes to stop the blight and save the world. Even if that means doing it single-handedly; but, she'll also discover that it's lonely being the Savior. And ultimately, it's the connections with others that make the world worth saving in the first place.